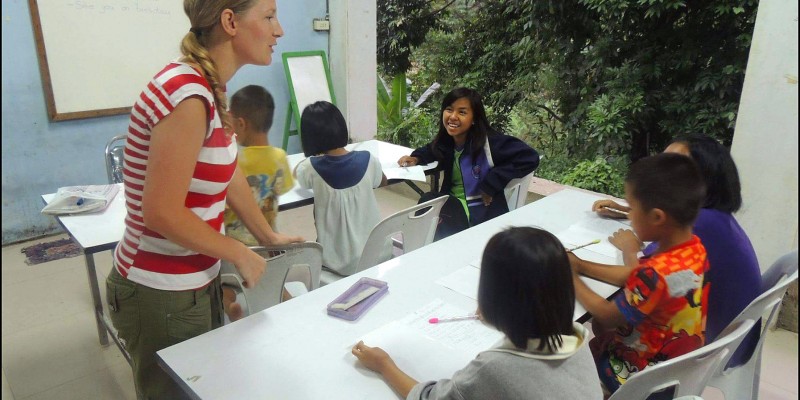 A community-based NGO in Northern Thailand working to empower and stop the exploitation of stateless children and women is one of two recipients of this year’s UNESCO Prize for Girls’ and Women’s Education.

Representatives from the Development and Education Programme for Daughters and Community Center in the Greater Mekong Sub-Region (DEPDC/GMS) accepted the award at an official ceremony on 5 September in Xiamen, China.

The NGO was recognized for its, “Education and Life Skills Training Programme to Help Stateless Children and Women Migrating from Shan State to Thailand”, which uses education and life skills training to protect migrant girls and women from human trafficking and sexual or labour exploitation, while also focusing on the rehabilitation of those who have fallen prey to such abuse.

Professor Pen Liyuan, the First Lady of China, and Irina Bokova, UNESCO’s Director-General provided the two laureates a diploma honoring their outstanding contribution in the field of girls’ and women’s education and an award of USD$50,000 to support their work.
The two organizations were selected from nearly over 50 nominations made by Members States and non-governmental organizations in official relations with UNESCO. Director-General Bokova announced the winners earlier this month based on recommendations made by the prize’s international jury.

WomEng from South Africa also received a special mention by UNESCO and the National Commission of the People’s Repulic of China for UNESCO for its outstanding contributions to girls’ and women’s education during the award ceremony.
Founded in 1989 by Sompop Jantraka, the DEPDC/GMS helps children to understand their rights and build a sense of self-worth, while also working on family and community development to create environments in which child exploitation is less likely to occur. DEPDC/GMS was formally recognized by the Thai government in 1995, and has been working for over 20 years to protect child rights and empower girls.

Established in 2015 by the UNESCO’s Executive Board, the Prize is funded by the Government of the People’s Republic of China and was awarded for the first time in 2016 to two outstanding projects from Indonesia and Zimbabwe.

Photo: Development and Education Programme for Daughters and Communities Center in the Greater Mekong Sub-Region