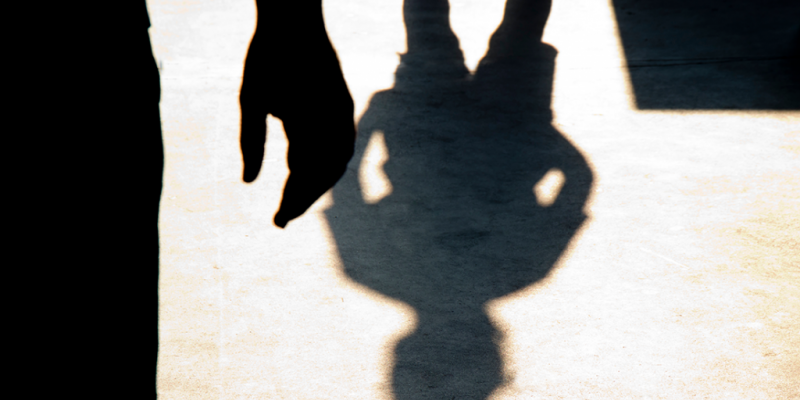 The video is heartbreaking. A group of older girls in school uniforms surround a smaller girl sitting on the floor, yanking on her hair in a pantomime of braiding it until she cries out, and then repeatedly kicking and beating her.

The incident in Thailand’s Phayao province has since dominated headlines in the country and incited a social-media backlash, after the parents of the 10-year-old girl being bullied revealed that she is autistic and traumatised by the assault. In a serious ethical breach, the uncensored video is being shared online, with the older eighth-grade girls now being subjected to a frightening degree of vitriol and cyber-stalking.

The most recent data from a large-scale survey in Thailand, the 2015 WHO Global School-based Student Health Survey (GSHS), which focused on 13- to 17-year-olds, found that 33.2 per cent of students experienced bullying during the past 12 months. But, this phenomenon is in no way limited to Thailand. According to a global summary report on school violence and bullying released by UNESCO this month, one in three students has been bullied by peers at school on one or more days in the past month. Globally, 16.1 per cent of children who have been bullied say that they have been hit, kicked, shoved or locked indoors.

While girls and boys are equally likely to experience bullying, girls are more likely than boys to be bullied based on physical appearance. Girls also report being made fun of because of how their face or body looks more frequently than boys in all regions of the world, with the difference being particularly striking in Asia. 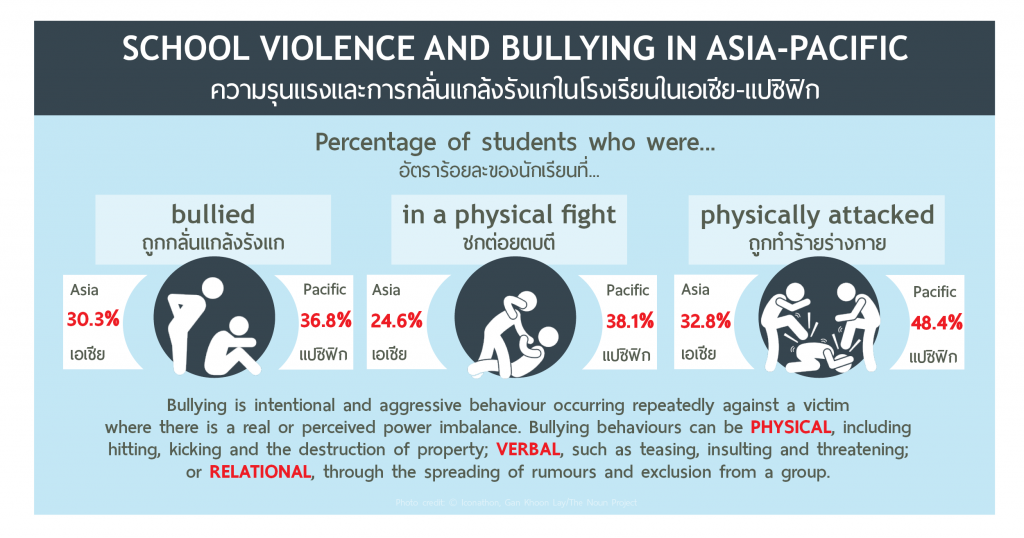 Different types of violence and bullying often overlap. Children and adolescents may experience violence and bullying both at home and at school and in the real and virtual worlds. It is important to note that those involved in bullying can be both victims and perpetrators, which has a poignant relevance in this recent case with the subsequent online abuse.

School violence and bullying harms the physical health and emotional well-being of children and adolescents. Children who are frequently bullied are almost three times more likely to report feeling like an outsider at school than those who are not bullied and are more than twice as likely to skip school frequently. They are also more likely to want to leave school after finishing secondary education than students who are not.

Educational outcomes are lower for children who are bullied. Bullying also has a significant impact on children’s mental health and quality of life, with children twice as likely to feel lonely, to be unable to sleep at night and to have contemplated suicide as those who are not. Self-reported quality of health and life satisfaction is lower among victims than those who are not involved in bullying.

Creating safe, nonviolent, inclusive and effective learning environments for all is a global priority and a specific target within Sustainable Development Goal 4, which focuses on inclusive, quality education. Based on the evidence, effectively addressing violence and bullying in schools requires a comprehensive approach. This could involve enactment and enforcement of national laws and policies as well as specific school policies and codes of conduct on school related violence and bullying.

There also must be a commitment to creating safe, inclusive and supportive learning environments for all students, combined with training and support for teachers and other school staff in positive forms of discipline and provision and delivery of relevant curricula and learning materials. This must be a collaboration of a range of stakeholders with the active participation of children and adolescents accompanied by access to safe, confidential and child-friendly reporting mechanisms and support services.

Interventions that have been particularly effective have focused on transforming the culture of schools, taking a strong stance against violence, and supporting teachers to use alternative ways of disciplining children and managing the classroom.

This most recent video from Thailand brings home a point that applies to schools in every country. Lacking a commitment to comprehensive solutions, the most vulnerable students will continue to be bullied, and indeed even those who engage in bullying suffer life-changing negative consequences, thereby perpetuating a cycle of exclusion and violence. The outpouring of concern online following this incident has demonstrated a genuine will to address this problem in Thailand, but in every country that commitment must be followed with concrete action.