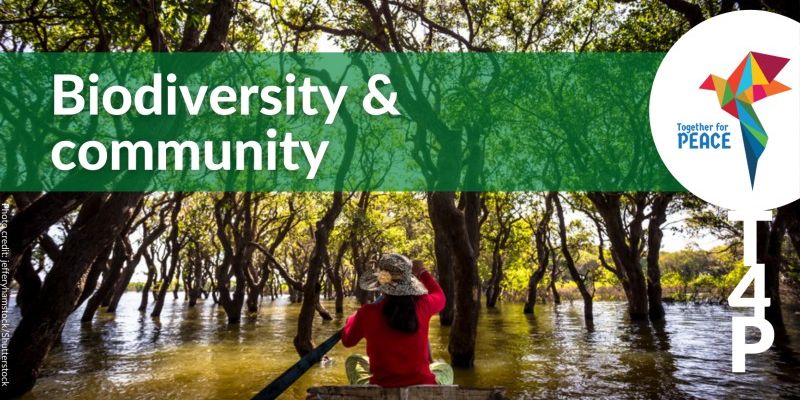 Humanity’s relationship with nature is inherently contradictory. Socioeconomic development based on the current use of natural resources and their preservation is unsustainable. Clean air and water, food and energy, which we depend on to survive, are under threat from anthropogenic changes in the climate crisis, rampant pollution, the degradation of ecosystems and biodiversity, and short-sighted environmental management.

At the same time, the knowledge, technology, innovation and good practices are available now to preserve what we have and restore what we have lost. The time is past when these problems can be foisted off on future generations as we see changes in the natural world—and its consequences on human populations—change day by day.

Betting on the biosphere

The UNESCO Biosphere Reserve program provides one model of communities living in a sustainable relationship with nature, preserving the biodiversity that sustains life and at the same time improving the socioeconomic wellbeing that is essential to more equitable, inclusive societies.

The program is founded in UNESCO’s mandate for education and culture as well as building positive peace in recognition that sustainable development and peace are inextricable. Without one, the other cannot thrive.

In the 714 Biosphere Reserves spanning 129 countries, 21 of which are transboundary, more than 257 million people inhabit and protect the ecosystems they are embedded in, while at the same time earning their livelihoods through more sustainable practices. In Asia and the Pacific alone, 52 million people live in 161 reserves.

The Biospheres are based on the three functions of conservation of ecosystems, genetics and species diversity; the economic, social and cultural development of people in the area; and scientific and technical promotion.

The reserves comprise a legally established core area for long-term biodiversity protection, a buffer near the core where only activities compatible with environmental objectives are allowed, and an external transition area where green economy sustainable resource management practices are promoted and developed.

Counting on the community

This initiative is not possible without the buy-in and cooperation between local and indigenous communities, management agencies, scientists, NGOs, cultural groups, economic interests and others working together to protect and sustainably develop resources. At the international level, cross-boundary reserves are not just about nature conservation, but also political and peace-building cooperation between countries.

As an example, the transboundary reserve the Great Altay, organized jointly by the Russian Federation and the Republic of Kazakhstan, has been recognized as a model for the protection of biodiversity and ecosystems in close connection with the sustainable development of local communities.

This reimagining of livelihoods and communities’ relationship with the environment takes nature as a source of inspiration, well understood by our forebearers from ancient times, even learning from the microscopic world to build in the macro-world.

This requires a transformation of sustainable living models, with architecture and infrastructure structured around extended families, restoring social bonds and caring in communities of 2,000 to 2,500 people for more cohesive societies.

One of the main drivers of conflict in modern times is the predominance of megalopolitan urbanization, driving people out of the countryside and concentrating them in cities. This phenomenon continues to reach new extremes, for example in Hong Kong where 35,000 people live in the area of a single block.

This type of urbanization means rapid economic expansion, especially industrial production, leading to extreme pressures on the surrounding ecosystems at the local and regional level and, in the end, on the planet’s biosphere at the global level.

In Asia-Pacific, 37 percent of aquatic and semi-aquatic species are threatened, according to the Intergovernmental Science-Policy Platform on Biodiversity and Ecosystem Service. Rising levels of air, land and ocean pollution are affecting nature and human health.

Of the ten most plastic-polluted rivers in the world, eight are in Asia, which accounts for up to 95 percent of plastic pollution in the ocean. The region has achieved remarkable development lifting people out of poverty, at the same time extending natural protected areas, but more needs to be done.

Research has shown that living in mega-cities also leads to problems in healthy population’s reproduction due to the influence of various types of pollution factors on the people. Poorly planned urban landscapes lead to alienation within communities and families, eroding cultural and heritage transmission, and weakening the bonds that promote peaceful coexistence.

The power of will

Humanity’s habitat and relationship with nature is a central tenet of the Together for Peace (T4P) regional initiative organized by UNESCO Regional Bureau for Education in Asia and the Pacific based in Bangkok.

Through partnerships and innovation, the initiative seeks to build and sustain positive peace in the region—not just the absence of conflict within and between countries, but building equitable, inclusive and sustainable societies across the region.

Humanity’s relationship with nature, transformative education and super-diversity are all prerequisites to build positive peace in the region and the world.

Earth has an human ecological carrying capacity that we cannot overstep, with the global population still growing, expected to reach 10.9 billion by 2050. We can, however, build more sustainable habitats and relationships with nature through partnerships based on international collaboration and policy, civic society engagement and changing behaviors, and most importantly, shifting mindsets.

Humans are part of the global ecosystem, not separate, a point driven home by this pandemic that affects us all. The knowledge, technology and skills to restore our relationship with nature are available now—what we need is the will.

Dr. Roman Jashenko is the Chairman of the Kazakhstan National Committee for UNESCO program “Man and the Biosphere”(MAB), Director General of the Institute of Zoology of the Republic of Kazakhstan and Expert member of UNESCO Regional Bureau for Education in Asia and the Pacific’s Together for Peace initiative. Viktoriya Ilina is the Vice-President of the UNESCO program “Man and the Biosphere” (MAB) for Asia and Pacific region and a member of the Kazakhstan National MAB Committee.

*This article was first published in Asian Scientist Magazine.

Together for Peace
Natural Sciences