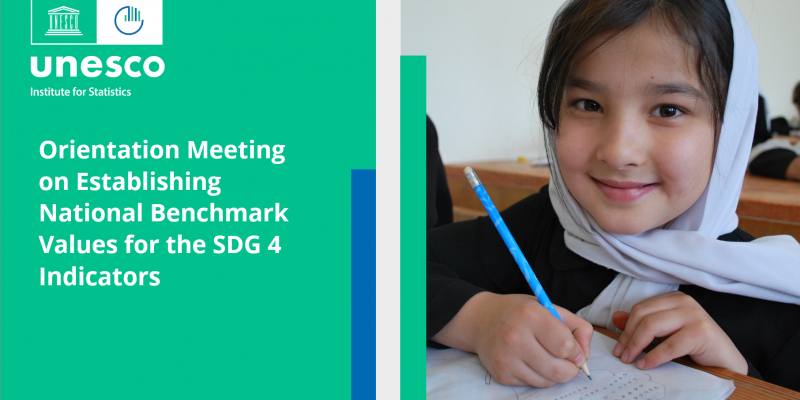 In order to establish regional benchmarks and to support Member States in establishing their own national benchmark values for the SDG 4 indicators, UIS together with UNESCO organized series of sub-regional consultations during March and April 2021. A sub-regional consultation for South Asia was organized on 15 March 2021. The consultation was attended by key officials from the Ministry of Education, the National Statistical Office and other key stakeholders.

Following the sub-regional consultations in Asia-Pacific, the Member States were consulted by means of online surveys to agree on the regional minimum benchmarks and the national consultation processes. The progress was presented at the ministerial segment of the Global Education Meeting on 13 July 2021. The meeting approved the regional minimum benchmark levels for seven SDG 4 indicators for 2025 and 2030, helping align for the first time global and regional education monitoring frameworks.

In addition, a call was made at the meeting to move to the second and final step of this process, which are the voluntary national benchmarks to be endorsed at the 41st UNESCO General Conference in November 2021. A request letter from the UNESCO Assistant Director General to the Member States was sent out on 3 August 2021 to invite Member States to provide their national benchmark values for 2025 and 2030. Being an official commitment to the Education 2030 Framework of Action 2015 by all Member States, the invitation letter further stated that the national benchmarks should be aligned with a country’s national policies and strategies and the targets they contain.

The presentation for this meeting can be downloaded below.