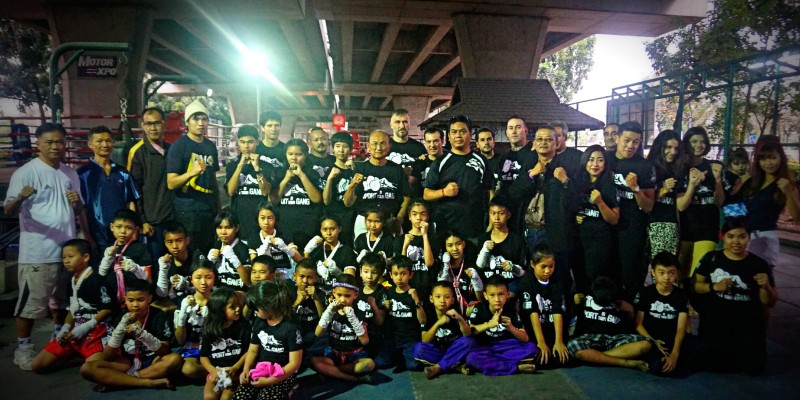 Muaythai might traditionally be associated with kicks and punches, but its International Federation also wants it to be a force to build peace and inclusion in Bangkok’s disadvantaged areas.

Following the Olympic recognition of Muaythai in December, IFMA and UNESCO have plans to revitalize Bangkok’s urban slums by building sporting complexes in collaboration with BMA. This is part of a wider project to promote inclusion and youth empowerment through sports.

UNESCO will work with the International Federation of Muaythai Amateur (IFMA) to transform three impoverished areas in Bangkok and create sporting complexes with free access for all.

The initiative, which falls within the scope of a Memorandum of Understanding with the Bangkok Metropolitan Administration (BMA) and the World Muaythai Council (WMC) under which IFMA sits, is part of a new partnership between UNESCO and IFMA aimed at carrying out projects to advance youth and social inclusion through community participation in sports.

The MoU was signed only weeks before IFMA received Olympic (IOC) Recognition in December; a momentous achievement for the federation.  “To receive IOC recognition, a sport must fulfil the criteria and standards set by the IOC, which include specific requirements such as anti-doping procedures, inclusion of all regardless of gender, ability, ethnicity, religion, etc.” explains IFMA Sport Director, Charissa Tynan.

Muaythai’s five fundamental pillars are respect, honour, tradition, fair play, and excellence. While those are the ideals, the sport faces the same challenges many do, such as doping and match manipulation. IFMA has been vigilant in addressing these challenges – its anti-doping procedures match the standards set by the World Anti-Doping Agency (WADA) – as well as in initiating global social projects to promote inclusion through sport. IFMA’s longstanding Sport Is Your Gang youth programme (winner of the SportAccord Spirit Award in 2014) is an example of good practice set by the federation.

The International Olympic Committee (IOC) lists 54 criteria for a sport to gain recognition. When applying for the recognition, a sport thus needs to think long and hard about its existing standards and how to improve them – sometimes raising issues that otherwise wouldn’t have even been considered, says Charissa Tynan.

“We established a commission to ensure all aspects of the athletes’ needs. In 2012, we did not have such a commission,” she says, referring to the year when Muaythai’s application for Olympic recognition was first submitted.

Stephan Fox, General Secretary of IFMA, says that IFMA has since put an emphasis on understanding the needs of athletes that administrative staff might overlook, such as when they run into challenges signing contracts, dealing with managers – or even parents – negatively influencing them and being too success-driven.

Half of the speakers representing IFMA at the official ceremony celebrating Muaythai’s Olympic recognition were women – no coincidence in a sport that has made tremendous strides in gender equality.

“We have actively gone into changing the administration of the sport in certain countries,” Charissa says, “and we’ve had some recent success, just last year, in countries like Afghanistan and Iran, where they’re now starting to bring very strong female participants, both athletes and technical officials.”

As much as the Olympic recognition has enabled IFMA to review and improve its standards, the federation wants to go further by continuing to expand its social projects in partnership with UNESCO.

“This year, our focus is on providing access for all; our urban slum transformation project with BMA and UNESCO is an important step forward. We are also looking to work more closely with the national governments and national Olympic committees of our federations to mainstream sport and play into public policy” says Fox. “Introducing Muaythai in less privileged areas could give marginalised youth chances they might never have otherwise. We want to develop at least 8 to 10 spaces in Bangkok where we’re going to build recreation areas for youth who have no money to play sport.”

Through practising sport, young people can gain access to safe healthcare, interact with kids from different backgrounds, and have better chances of getting off the streets.

“We need to make sure that the places are safe, because these places will also attract bad elements,” says Fox. “I understand very much where the drug dealers go to sell, and where they go to recruit.”

The main challenge thus lies in providing security and social workers to keep the children safe. Such a project also offers an ideal opportunity to study children’s socio-economic conditions: how many go to school, are orphans, sleep on the streets, are HIV or Hepatitis B positive, etc. These are all potential areas of focus identified by IFMA.

The Olympic recognition of Muaythai celebrates the way the sport has evolved, and the standards it has attained. But it also highlights how sports like Muaythai are reinventing themselves so that they are accessible to more people and can serve a real social purpose. “We are a valuable addition to the Olympics movement. Muaythai is a sister and brotherhood - it’s a family,” says Charissa Tynan.

UNESCO is the lead United Nations agency for sport and physical education and promotes sport as a fundamental human right and a vital medium for peace and socio-economic development.

UNESCO's commitment to sport is enshrined in the 2015 International Charter of Physical Education, Physical Activity and Sport. The Charter serves as a universal reference for the ethical and quality standards of sport.
Muaythai’s Maximum Impact on Young New Zealander’s Life