Shifting mindsets are a seachange in plastic pollution problem 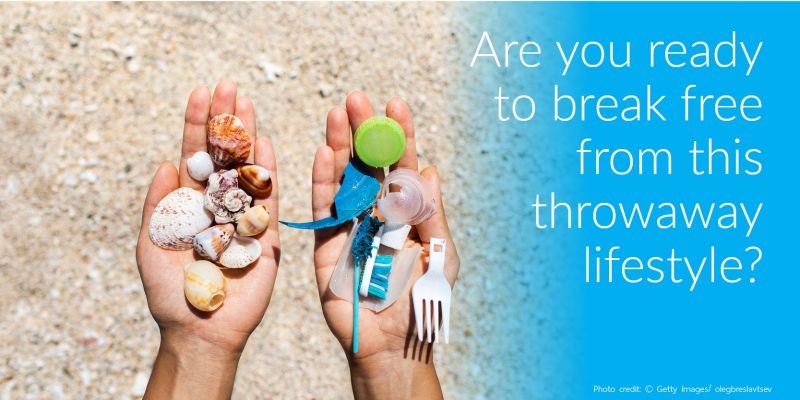 Shifting mindsets are a seachange in plastic pollution problem

Plastic has become part of a convenient, throwaway lifestyle. Since the beginning of mass production in the 1940s, plastics have become an almost unavoidable part of daily life. But what was once a symbol of convenience now in the public consciousness evokes images of overflowing rubbish dumps, oceans saturated with plastic bags and dead marine life.

How did we get there? Annually, about 450 million tons of plastic is produced worldwide, 40 percent of which is disposable packaging. More than 8 million tons are carried by rivers into the oceans every year due to a lack of proper waste management. Last year, Thailand was ranked as the sixth-largest contributor to marine plastic waste worldwide by Siam Commercial Bank’s Economic Intelligence Centre. 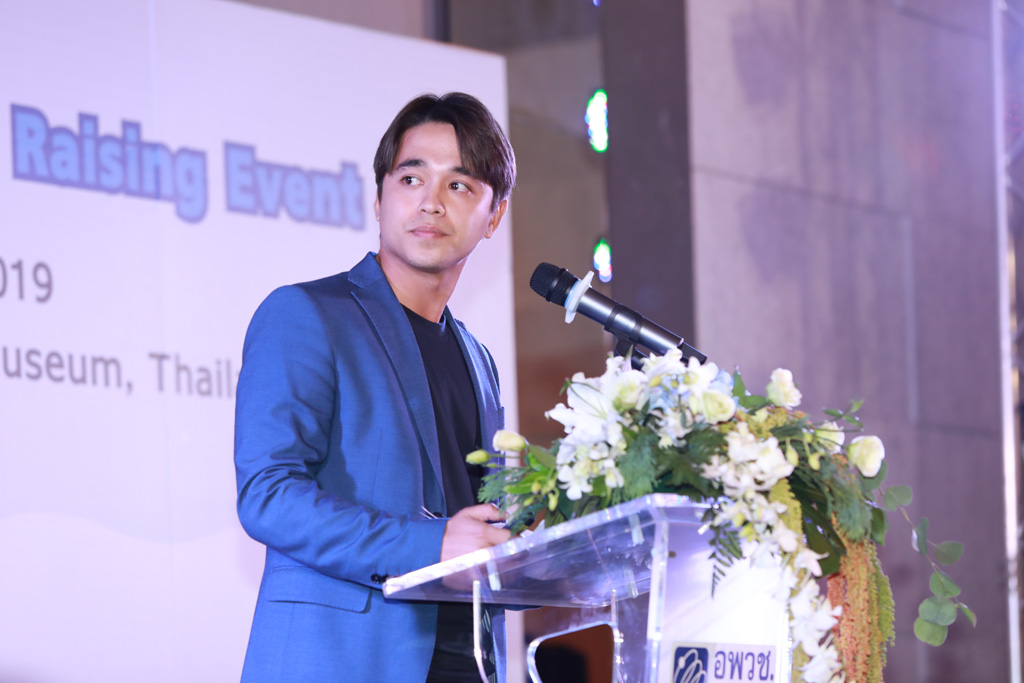 The irony is not lost on actor and environmentalist Alex Rendell, who pointed out that plastic in part became so common as a replacement for ivory, for which elephants were being hunted towards extinction. “Little did we know that we will all be here today, attempting to find ways to stop it from destroying our natural environment,” he said.

Mr Rendell was speaking at the recent Plastic Initiative Awards event, cohosted by UNESCO and the National Science Museum, which advocated grass-roots and community solutions to a global plastic waste problem. The Initiative is encouraging academics, NGOs and young people to formulate their own plans to solve rubbish problems at a local, national and regional level.

The winner of this year’s award was D’Bone Collector Museum Inc, based in Davao, Philippines, which is working to raise awareness on the effects of plastic and improper waste disposal. Darell Blatchley, the founder of the museum, made international headlines earlier this year with an autopsy of a Cuvier’s beaked whale that found the mammal had ingested 40 kilograms of plastic. “It boils down to each and every one of us to make that change, to have self-discipline, otherwise there will be nothing left for our children,” Mr Blatchley said.

Across South-east Asia, the deaths of marine mammals, turtles and sea birds that have eaten plastic have raised awareness of the problem. Most recently in Thailand, a juvenile dugong dubbed Mariam died after weeks spent in veterinary care, claiming news headlines across the country.

The affected marine life is one of the most visible casualties of plastic pollution. Out of sight for most of us is the 100-tonne plastic trash patch off the coast of Thailand’s Chumpon province. As there is growing evidence of micro- and nano-plastics in seafood and tap water, the long-term health consequences for us all are unknown. In the absence of action, there will be more plastic waste than fish in the oceans by 2050, according to some estimates, with disastrous consequences for ecosystems and critical food supplies. 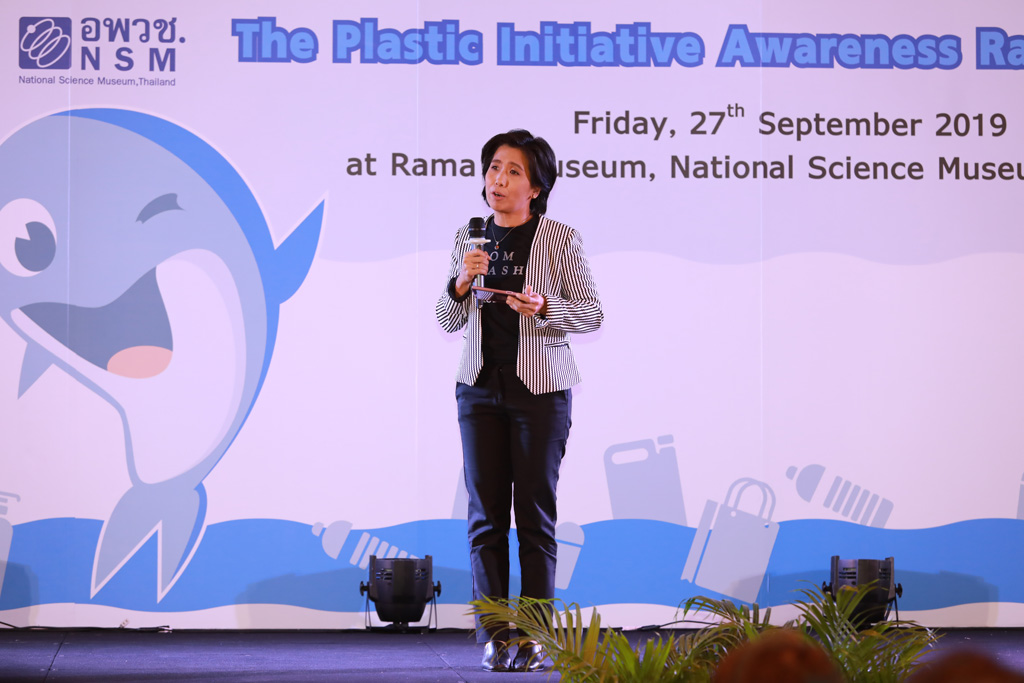 Another speaker at the event, Dr Suchana Chavanich, an associate professor at Chulalongkorn University, recounted how she was shocked during a recent trip to the Arctic to see that rubbish littered even this remote area. “Right now we eat the plastic that we throw away, through the seafood we consume, the water we drink and the air that we breathe,” Dr Suchana said. “We know that our activities can destroy nature, why don’t we change our behaviour and activities? If we know that single-use plastic can kill marine animals, why don’t we change our behaviour?”

Policy solutions are needed, particularly to implement solutions at the level of government and industry, such as the fishing and construction sectors. But a sustainable solution to plastic pollution is a generational change towards a greener and circular economy that we all must embrace.

“Solving plastic waste has to start with us. Many people expect it to be led by the government and the private sector,” Dr Suchana said. “Getting people to changing their behaviour may seem difficult but there are easy things that can be done … Anybody can be a good role model by influencing their family, friends and colleagues.”

Environmental activist Getthip Hannarong has espoused a similar ethic in founding Yolo Zero Waste Your Life, to bring plastic recycling capacity to Thailand. Her team is recycling plastic bottle and caps into reusable items such as coasters, cups and clocks. “Start from yourself and create projects with people around you to move together, to make an impact before it is too late,” Ms Getthip said, adding that she was focused on today’s consequences for future generations.

The Plastic Initiative is seeking to bring together and replicate community-led solutions that are already being implemented. As one example, Mr Rendell is the co-founder of the Environmental Education Center Thailand, an organization raising awareness on environmental issues through children’s camps to achieve lasting mindset and behavioural changes towards plastic. “The most important thing is to achieve a change in attitudes,” he said. “It starts with educating the hearts and change attitudes of the youth, as they are our future leaders.”

The truth is that we have a massive plastic debt that we are passing on to the next generations. Because plastics are so durable and take so long to biodegrade, and yet we have treated them as disposable items, we will be living with plastic waste in essentially every ecosystem for the foreseeable future.

The most valuable resource we have in addressing these challenges is changing how we think about plastics and the long-term consequences of our convenient lifestyles. Positive change is coming and we can all do something to improve.

By Lieselot Nguyen, a UNESCO intern and PhD candidate at Rothamsted Research and the University of Exeter, where she focuses on food security.

* This article was originally published in The Nation