School bullying in the Asia-Pacific affects us all 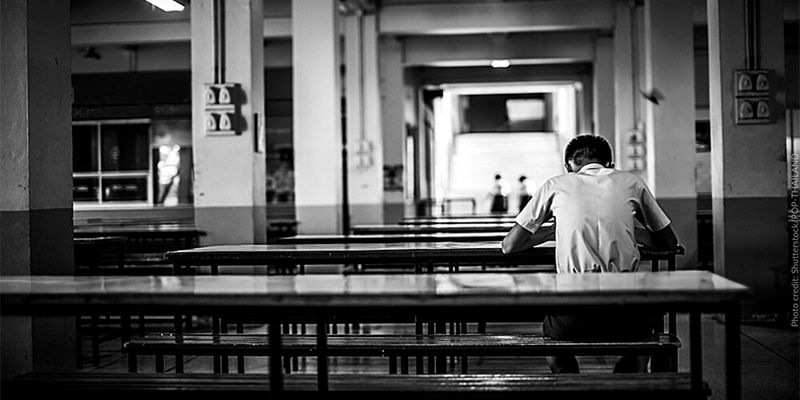 School bullying in the Asia-Pacific affects us all

Earlier this year, a young boy and his mother made a profound statement. Yarraka Bayles posted a video of her 9-year-old son, Quaden, crying and saying that he wanted to kill himself after being taunted by classmates. The video has since spread far beyond their native Queensland and spurred serious discussions about bullying and our shared responsibility to ensure that schools are safe places to learn.

For most children, however, there is no public outrage, media storm or viral video to highlight the genuine fear and distress they experience because of school bullying. In schools where young people should feel safe and supported, violence is devastating and can have lifelong consequences. As COVID-19 has brought young people’s welfare into stark relief, the role of schools as safe spaces is even more clear.

School violence is not just an issue for teachers and parents, although both have important roles to play in preventing and addressing violence. It is not just an issue for policy-makers and governments. School violence is a human issue requiring a whole-education approach. In a world where children are often seen and not heard, we must listen to their voices and create classrooms where they feel safe to learn no matter what their gender and background

All children have the right to inclusive education and a culture of safety that is everyone’s responsibility to build. The negative impacts of bullying on student’s learning outcomes, mental health and self-esteem affect quality of life and their future outcomes.

Children who are frequently bullied are nearly three times more likely to feel like outsiders at school and more than twice as likely to miss school. They have a harder time concentrating in class and may miss a lot of school or drop out. Bullied students are also about twice as likely to contemplate suicide. Addressing school bullying is important for all learners to realize their right to education, health and wellbeing.

Bullying affects students of all ages, in all countries and regions across the world. One of every three students is bullied by peers. While bullying is just one of several forms of school violence, it is the most pervasive, and may be physical, psychological or sexual in nature. Cyberbullying, which includes abusive messages, posts, emails or other hurtful online behaviour, is on the rise.

As in all cases of school violence, there is a real or perceived imbalance of power or strength between the perpetrator and the victim, which can be the case even when children are in the same age group. Often different types of bullying can compound the harm. According to media in Viet Nam, for example, a ninth-grader referred to only as “Hanh” was beaten by classmates and then further traumatized after a video of the incident was circulated online.

Physical bullying, such as being hit, kicked, pushed or shoved, is the most common type. The second most common is sexual bullying, or being taunted with sexualized jokes, comments or gestures.

Some students are especially vulnerable, such as those who are perceived to be “different”, often on the basis of physical appearance or gender stereotypes. A recent news feature from UNESCO’s partners in China related the story of “Green”, a student who was bullied by classmates and forced to use the boy’s toilet because she was skinny and wore her hair short. She is still working through the trauma of the ill treatment and failure of teaching staff to address the issue.

Teachers and parents need appropriate preparation and support to address bullying. Students who have been bullied clearly recognize the difference that one responsive teacher can make. Sixteen-year-old Shouptik from India was bullied beginning at the age of 5. “I was fortunate to have my teachers and most importantly, my parents to help me, but people all around the globe stand alone in the battle against bullying,” he said in an opening video to the International Conference on School Violence and Bullying on 5 November.

The UNESCO report, Behind the numbers: Ending school violence and bullying, highlights the need for legal, policy and education reforms; curricula that empower children to learn about rights and respect; teacher training on recognizing and responding to bullying; positive school environments; reporting and support mechanisms for victims and bullies alike; and evidence through monitoring school violence and evaluation of responses. Finally, partnerships and participation are essential across sectors to address the root causes of violence, promote a culture of respect in schools and adopt a zero-tolerance approach to violence in general.

While many countries have reported less bullying in recent decades, the COVID-19 pandemic threatens to aggravate rising rates of cyberbullying as children spend more time online and have less access to support and intervention as they spend more time at home. In New Zealand, recent data collected by NetSafe showed that parents tend to underestimate children’s experience of harm online.

The global campaign, Safe to Learn, aims to end school violence so that all children can learn, thrive and pursue their dreams. The first Thursday in November marks International Day against Violence and Bullying at School Including Cyberbullying, reminding us of the far-reaching impacts and our commitment to eliminate school violence in all its forms.

By Jenelle Babb, Regional Advisor on Education for Health and Wellbeing at UNESCO Asia and the Pacific Regional Bureau for Education and Danika DeCarlo-Slobodnik, a UNESCO Bangkok intern and master’s student in Criminology at the University of Ottawa.

* This article was first published in The Bangkok Post.