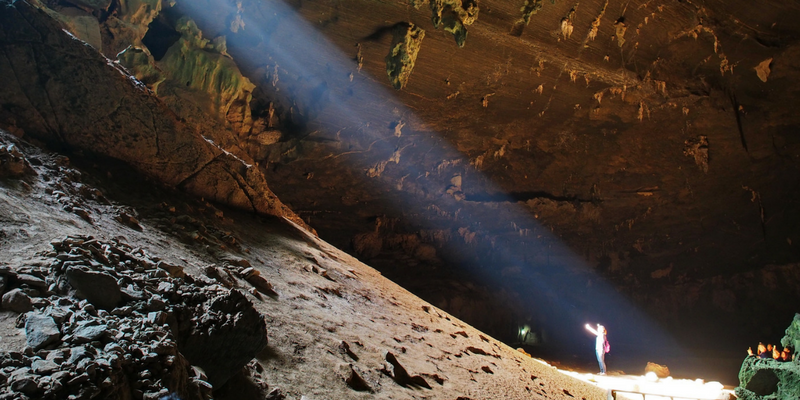 Executive Board endorses 13 sites worldwide, including eight in Asia-Pacific

The Geopark, known for its limestone mountain ranges, abundance of fossils and network of beautiful islands, was recognized for both its diverse geological and cultural heritage as well as efforts at the site to promote conservation, education and tourism best practices in a holistic manner.

The endorsement of this nomination was made during the 204th Session of UNESCO’s Executive Board in Paris. This inscription was recommended by the UNESCO Global Geoparks Council.

As with all UNESCO Global Geoparks, the Satun Geopark has been granted the UNESCO status for a four year period (2018-2021), after which a re-validation process will take place.

The UNESCO Global Geoparks Network covers 140 Geoparks in 38 countries, including 58 Geoparks in the Asia-Pacific region.

Satun Geopark boasts a diverse abundance of fossils from the Paleozoic Era, as well as diversified Karst topography. There is evidence of a submerged landscape dating back more than 500 million years, a time when early organisms thrived, including trilobites, brachiopods, stromatolites, conodonts, graptolites, tentaculites and nautiloids.

The Geopark is also home to the largest cave in Thailand, Phu Pha Phet cave.

UNESCO Global Geoparks also celebrate humanity’s bonds to the land and the Satun Geopark is exemplary in this regard, as it is home to many ethnic groups with rich cultural traditions, such as the Maniq and Urak Lawoi.

Twenty million years separate the two rock groups that come into contact at the popular geological site of Khao To Ngai mountain: Cambrian sandstone from about 500 million years ago and Ordovician limestone from 480 million years ago. A footbridge runs on the side of the mountain along the seafront, marking the fault boundary. The site is popular for wedding ceremonies, with couples enjoying a walk along a footbridge that marks the fault between the two rock groups – a symbolic way to mark a “love that spans time”.

What are UNESCO Global Geoparks?

UNESCO Global Geoparks are single, unified geographical areas where sites and landscapes of international geological significance are managed with a holistic concept of protection, education and sustainable development. UNESCO Global Geoparks aim to enhance awareness and understanding of some of the most pressing challenges we face, such as environmental sustainability, climate change, and disaster risk reduction, by exploring our geological heritage and its connection with the area’s natural, intangible and cultural heritage.

The UNESCO Global Geoparks programme recognizes that the active engagement of local communities is key to an area’s sustainable socioeconomic development through celebrating an area’s natural and cultural heritage and promoting sustainable geo-tourism. It is a bottom-up process in which all relevant local stakeholders are involved and multiple strong local partnerships are encouraged. The aim is to bolster long-term public and political support to ensure inclusive and comprehensive development, while highlighting the importance of how the natural environment shapes every aspect of our lives and societies.

UNESCO’s work with the European Geoparks Network started in 2000. In 2004, the Global Geoparks Network(GGN) was formed at UNESCO headquarters in Paris in an effort for national geological heritage bodies to contribute to and benefit from membership in a global network. On 17 November 2015, the 195 Member States of UNESCO ratified the creation of the UNESCO Global Geopark designation during the organization’s 38th General Conference.

More information on UNESCO Global Geoparks is available at here.