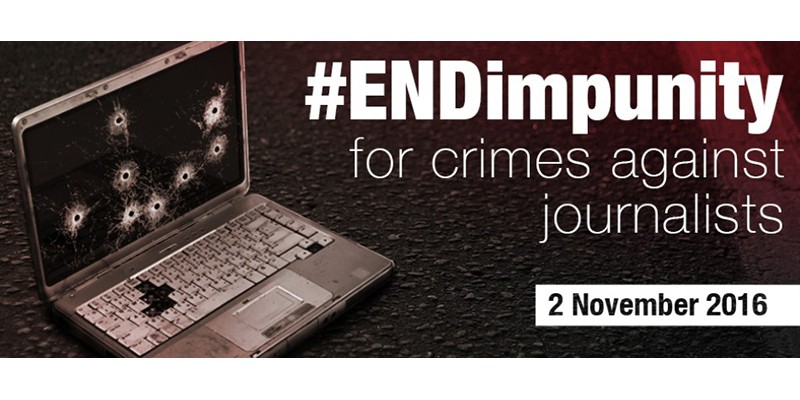 UNESCO, SEAPA and RED Communication hold consultative workshop on safety and rights of journalists in Hanoi as part of regional commemoration 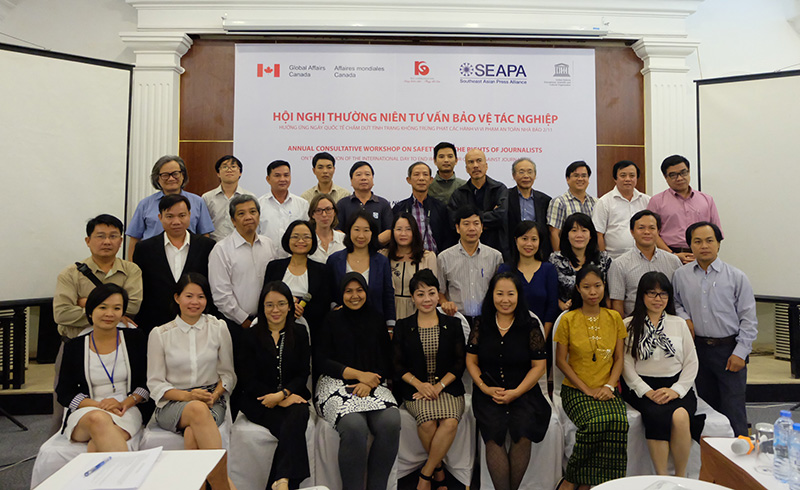 More than 100 journalists have been murdered in Southeast Asia since 1992 and almost all these killings happened with complete impunity, according to the Committee to Protect Journalists. Those working in this region continue to face numerous threats, from physical attacks to increasingly tightened controls and a lack of enforcement of existing laws protecting their rights.

UNESCO and the Southeast Asian Press Alliance (SEAPA) are supporting The Center for Research on Development Communication (RED) to organize a two-day regional workshop on journalist safety to mark the International Day to End Impunity for Crimes Against Journalists (IDEI).

The day was first proclaimed in 2013 to commemorate the assassination of two French journalists in Mali on 2 November of that year.

The challenges media face in the region reflect wider trends globally – more than 800 journalists have been killed in the past decade and in nine out of 10 cases, the killers go unpunished. Impunity leads to more killings and often results in serious human rights abuses, corruption and crime being covered up.

In Southeast Asia, organizations continue to work towards enhancing the safety of journalists, but there is no coordinated monitoring system on this issue that can facilitate regional cooperation and inform policies and programmes targeting media workers. 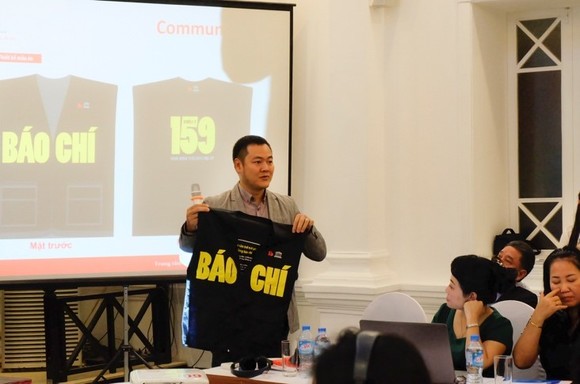 Against this backdrop, UNESCO Bangkok and SEAPA supported RED to bring together about 70-80 participants for the workshop and to serve as a regional commemoration for IDEI. The workshop was attended by Vietnamese journalists from RED's Peer Assistance Journalist Network, governmental agencies and press agencies as well as media professionals from Southeast Asia, with a view to:

- Present the UN Plan of Action on the Safety of Journalists and the Issue of Impunity and the Journalists’ Safety Indicators and discuss their application in the region;

- Identify pathways toward the creation of a regional monitoring system for journalists’ safety in the Mekong and ASEAN region. 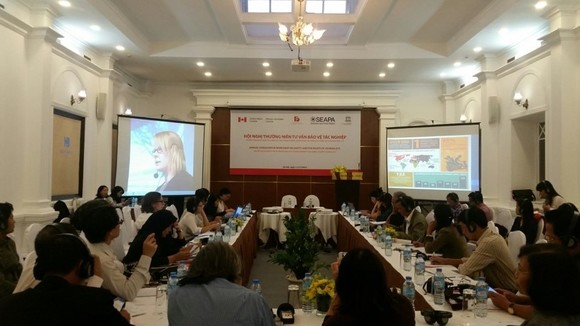 As part of the event, RED introduced its "159 waistcoats project". The initiative, which is supported by the International Programme for the Development of Communication (IPDC) and the government of Canada, is named after the government's Decree-Law No. 159, which provides sanctions against the violations of journalists' rights. Under the initiative, waistcoats are issued to journalists working in the field in rural or remote areas to assert their press status and also remind authorities of  their professional rights.

In her opening remarks, Canadian Ambassador to Viet Nam, H.E. Ms Ping Kitnikone said: “Journalists and media workers have the right to work free from threats, violence and obstruction.”

Journalist safety expert Ms Reeta Poyhtari, from the Tampere Research Centre for Journalism, Media and Communication in Finland, participated remotely in a session on the use and application of UNESCO’s journalists’ safety indicators (JSI) at the country level, moderated by Ms Misako Ito from UNESCO Bangkok, Mr Eduardo Legaspi from SEAPA and Ms Nguyen Nhung from RED. Participants from Indonesia, Myanmar, the Philippines, Thailand and Viet Nam also responded to the survey assessing the country situation and conditions to start the assessment based on the indicators.

The 2016 UNESCO Director-General Report on the Safety of Journalists and the Danger of Impunity is available at en.unesco.org/dg-report