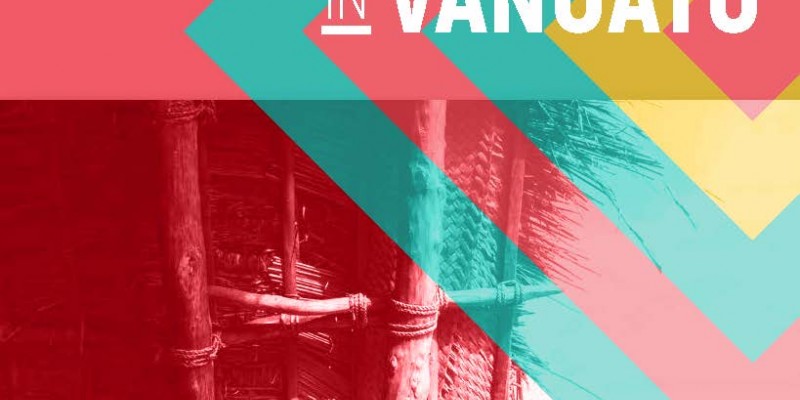 “Safeguarding Indigenous Architecture in Vanuatu” is the final report of the research carried out by the Vanuatu Culture Centre (VCC) as a Post-Disaster Needs Assessment (PDNA) following Tropical Cyclone Pam in March 2015. A category 5 cyclone Pam caused widespread damage across Vanuatu, affecting more than half of its population. After the cyclone passed, the role played by the certain type of the indigenous architecture called nakamal during the cyclone as evacuation shelters were much talked about in the local community and the media. The research was then initiated to collect data and information on the conditions of seven significant nakamals in the country.

The research was carried out by a group of field-workers coordinated by VCC with the financial assistance under the Intangible Cultural Heritage (ICH) Fund of UNESCO. The research involved collection of data, assessment of structural and material damage, traditional building skills and knowledge and the role of nakamal in Disaster Risk Reduction (DRR) and interpretation of the findings. The field-workers of VCC played important roles in ensuring the community-based inventorying of the tangible and intangible aspects of the indigenous architecture.

The final report brings out invaluable testimonies of the village chiefs and community members that stress the importance of nakamal as a shelter, their cultural meanings and social functions that underpin the wellbeing of community. Several challenges facing the nakamal are highlighted, including the proliferation of imported building materials and construction techniques, the shortage of raw materials, the lack of resources required to renovate or reconstruct them.

“Without the Intangible Cultural Heritage of the nakamal, there is not tangible buildings, as the built form is dependent on the knowledge and skills retained within the communities.” concludes the report. It is hoped that the report will be utilized to enhance recognition of the role of nakamal in DRR and social cohesion and sustainable development of the indigenous community in Vanuatu.

Publication date
03 May 2017
No related articles