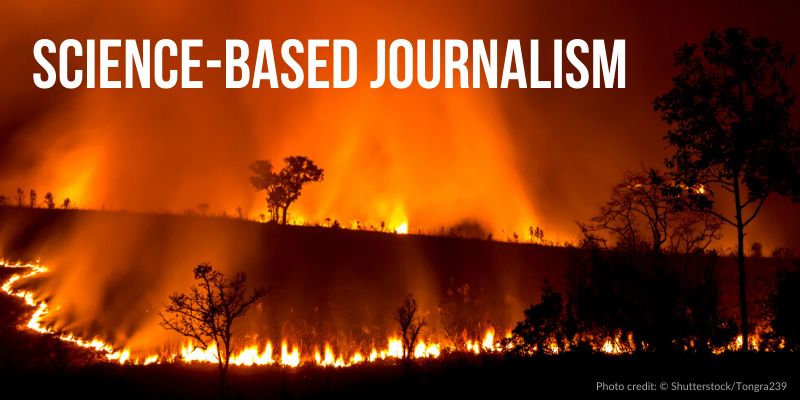 Throughout March, wildfires raged across Chiang Mai province in one of the worst natural disasters to hit northern Thailand in recent years, adding to an already noxious atmosphere in the region. With hundreds of fires continuing to rage in the area and neighbouring countries, attributed to a number of factors and certainly including drought related to the climate crisis, the city of Chiang Mai had the dubious distinction of having the worst air pollution in the world on multiple days.

Northern Thailand residents certainly were concerned, but most of the media even in Thailand was focused on wearing masks for another reason, as COVID-19 dominated headlines. The fires and the air pollution, however, were a vivid reminder that we live in an interconnected world, where climate change, human behaviour and even pandemics have interrelated causes and consequences that must be dealt with comprehensively.

While there has been a flood of disinformation about COVID-19 in recent weeks, the climate crisis has been the subject of mis- and disinformation for years if not decades. In late February, at the US Conservative Political Action Conference (CPAC) outside Washington, DC, the 19-year-old Naomi Seibt, known as the “Anti-Greta”, dismissed climate climate-change activists as “alarmists” who engage in “fear mongering”.

“The climate has always been changing,” Seibt argued. “It’s been changing forever and it will continue to do so. And man vastly overestimates his power if he thinks that he can with CO2 emissions destroy the planet.”

This is rhetoric, not science. Although it is highly unlikely that Seibt or her audience knew that northern Thailand was on fire, the situation that has been worsening year-on-year is certainly caused by human behaviour such as arson and crop burning, and aggravated by human-induced climate change. In this light, climate change is not just a story, but the context in which so many other stories will unfold.

Just as in the acute crisis of the COVID-19 pandemic, the climate crisis is disproportionately affecting lower and middle-income countries and the most vulnerable communities. In the Asia-Pacific, the consequences are being felt in every country. For Seibt, a German national, and her audience in the United States, the more developed states – historically the largest contributors of emissions – might feel insulated from the consequences, but this planet is an interconnected system.

The way the media covers climate change – how journalists confront statements such as Seibt’s – will affect how well societies deal with this issue. However, journalists’ responsibility in this areas is not without its challenges.

Perhaps the biggest issue facing ethical and independent media covering climate change is how to make what appears to be a technical scientific and environmental issue relatable to people in their ordinary lives. Climate science can be complex. Much of the debate taking place is at the policy or academic levels between scientists and politicians, all of whom are notorious for using jargon. Throw in statistics and arcane graphs, and climate change seems remote from most people’s lives.

Journalists need to simplify, translate and contextualize policy and jargon discussed by scientists and decision-makers, without losing essential meaning or misrepresenting the facts. Working towards that goal in early April, UNESCO Bangkok held an online workshop with students at Thamamsat University based on UNESCO’s “Getting the Message Across: Reporting on Climate Change and Sustainable Development in Asia Pacific”.

During the training session, students were told to find an “interesting” example of climate change reporting in Thailand. When asked what stimulated their interest, almost all of them said the articles were relatable on a personal level.

Journalists covering climate change not only need to convey complex scientific ideas in language that laypeople can understand, but also to make it “human”.  Media who report on climate change need to view the issue from many different angles, informed by the science but not limited to that perspective.

How does flooding in Bangkok affect people with disabilities, women and girls, and small businesses? How does the air pollution in Chiang Mai aggravate people’s risks during a respiratory disease pandemic? People care about these kinds of stories and the underlying causes.

For journalists in the Asia-Pacific, coverage of climate change means several things: At the local level, it can save lives, change policy and empower people to make informed choices. Through informed reporting, journalists can shine a light on what is being done to mitigate climate change and also reach out to help other members of society. On an international level, ethical and thorough reporting can bring Asia-Pacific stories to global audiences and help to encourage developing and developed countries to act in solidarity with climate-vulnerable communities.

The COVID-19 pandemic will have lasting public health and socioeconomic consequences throughout the recovery and after. But those consequences are not separate from the rest of society or the welfare of the environment. The better informed the public is – the better job that journalists do – will determine the effectiveness of the response both to this current crisis and the climate-change challenge that we face in the decades to come.

By David Young, a consultant at UNESCO Bangkok focusing on youth empowerment and media literacy