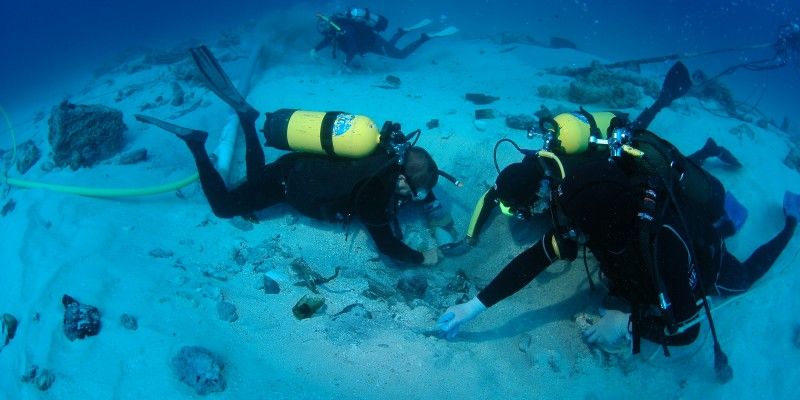 The Need for Professional Capacity Building in Asia and the Pacific

It is estimated that 3 million underwater archaeological sites (shipwrecks, sunken cities and marine infrastructures) have been undiscovered so far. Modern technology which spawned the mass production of scuba diving equipment, remotely operated subterranean vehicles, manned submersibles and special retrieval equipments, has rendered underwater archaeological sites vulnerable to pillaging by treasure‐hunters and other commercial exploitation, and unwitting damage and negligence of those using the water for other purposes, such as fishing, exploitation of sea‐bed resources and major shoreline and off‐shore constructions.

The threats of treasure hunting and exploitation of marine resources were the reasons why UNESCO engaged to take legal and practical action to assure better protection for the underwater archaeological sites, which led to the adoption of a the Convention on the Protection of the Underwater Cultural Heritage by the UNESCO’s General Assembly in 2001. More importantly, every Member State agreed that the Annex to the Convention, which sets out very specific rules concerning activities directed at underwater cultural heritage, should be accepted and applied as the reference document for interventions directed at underwater cultural heritage.

Professional capacity-building is the  key to the successful implementation of the 2001 Convention and to safeguarding of the underwater cultural heritage of the Asia-Pacific region. This is an urgent need in the region.

Today, there are only a few trained professionals in the Asia-Pacific  region who are actively involved in protecting and managing the underwater archaeological heritage. Without a concerted and sustained effort to build the region’s professional capacity to manage it, it is simply not possible to protect our shared heritage underwater.

In accordance with the Plan of Action adopted by the delegates to the 2003 Regional Workshop to discuss the 2001 Convention, the implementation of a regional training strategy for the conservation and management of underwater archaeological sites is the basis for other actions. The development of the requisite human resource base will in turn expedite accession to the Convention by the Member States and will promote the informed application of the 2001 Convention and its Annexes in practice.

Only a very few academic institutions in the region are offering training programmes on underwater archaeology, but their curriculum may not even be in accordance with the principles of  the 2001 Convention and the Rules of its Annex. Furthermore, most of the least developed countries in  Asia and the Pacific do not have the financial resources to send their archaeologists for an extended training in these academic institutions.

Responding to the need to build regional capacity identified during the  2003 Asia-Pacific Regional Workshop, the Office of the Regional Advisor for Culture in Asia and the Pacific initiated a project under Norwegian Government's funding entitled "Safeguarding the Underwater Cultural Heritage of Asia and the Pacific: Building Regional Capacities to Protect and Manage Underwater Archaeological Sites through the Establishment of a Regional ‘Centre of Excellence’ Field Training Facility and Programme of Instruction".

The project started off with one training programme for Sri Lankan archaeologists and conservators, organized in Colombo and Galle, Sri Lanka, from 3 March to 10 April 2008.

The training activity started with a pre-course held at and organized by the teaching staff of the Marine Seaman Training Institute in Galle from 3-17 March, followed by a training  course from 20 March to 10 April 2008. The training activity was intended to prepare the Sri Lankan Team of archaeologists and conservators for their future role as trainers in the regional field training centre in Galle, Sri Lanka.

Formulated in response to the recommendations of delegates and experts during the Asia-Pacific Regional Workshop to discuss the protection of the underwater cultural heritage, held in Hongkong, SAR China in November 2003, the project has established  a Regional “Center of Excellence” Field Training Facility in Underwater Cultural Heritage to deliver a programme of instruction that builds regional capacity in the Asia-Pacific Region and promotes policies and measures.

The programme  focuses on integrated approaches towards the conservation and management of underwater cultural heritage that are participatory and inclusive, and foster social cohesion and peace by promoting intercultural dialogue by underlining the importance of shared heritage.

The major objectives of the project are:

Trainees of the Foundation Course in fieldwork at the Mannok Shipwreck Site, Rayong, Thailand © UNESCO/UAD, Thailand

This project has contributed concretely to Norway’s priorities, under its new strategy for “Culture and Sports co-operation with Countries in the South” (2006-2015), particularly in (i) using cultural heritage as a resource for sustainable development and (ii) facilitating exchange of knowledge and contact across political and religious divisions.

At both the regional and national levels, the project aims to adopt the key strategies covered under the Norwegian strategy. The project will accomplish these objectives at the national level of participating Member States through (i) capacity building and (ii) strengthening cultural infrastructure at the policy-making and administrative and local community levels.

At the regional level, the programme will encourage cultural exchange, particularly south-south connections amongst the participating developing countries themselves. These exchanges will contribute to intercultural dialogue, conflict resolution between religious and cultural groups, and the sharing of best practices.

ICUCH assisted in the drafting of the 2001 UNESCO Convention for the Protection of the Underwater Cultural Heritage and continues to lobby for its ratification. ICUCH also provides a forum for debate and information exchange among maritime archaeologists, other professionals, and decision-makers involved in the management of underwater cultural heritage.

The division is under Office of Archaeology, Fine Arts Department, Ministry of Culture of Thailand. It takes part in the project as the main host of the past four training courses, dedicating professional human resource and existing equipments to facilitate the activities.

Furthermore, Mr. Erbprem Vatcharangkul, the director of UAD, is also one of trainers delivering lectures on Ship Technology and Ethnography in Foundation Courses.

The UAD is a highly potential organization that is interested in sustaining and developing its regional field-training centre as one of UNESCO's Centres of Excellence for the Protection of Underwater Cultural Heritage.