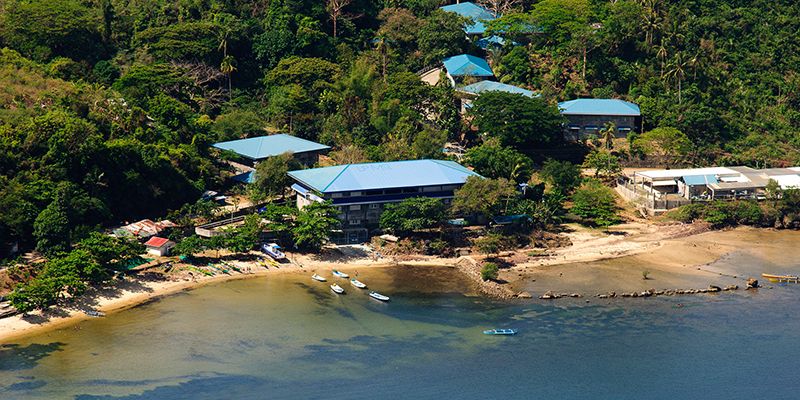 2 April 2019, Manila, the Philippines. Sixteen countries and five international partners in the region witnessed a joyous signing ceremony at the opening of the Sub-Commission’s 12th Intergovernmental Session.

“The establishment of the three RTRCs becomes more significant, particularly in the preparations of the UN Decade of Ocean Science and Sustainable Development (2021-2030)”, expressed by all delegates at the Session, “The RTRC initiative is really a great programme, tailored for regional needs, building on mutual assistance among countries in the region, and providing high quality training and research opportunities”.

The three RTRCs are established within the framework of the “UNESCO/IOC Regional Network of Training and Research Centers on Marine Science in the Western Pacific and its adjacent regions”. The Sub-Commission initiated this capacity development programme in 2008, aiming to suit national and regional capacity development requirements, and improve research capacity in a sustainable and systematic manner. The initiative has been developed through the establishment of Regional Training and Research Centers (RTRCs) in national oceanographic institutes or universities, and regular provision in these RTRCs of training and research opportunities on their domains of focus to young scientists mainly from developing countries within and outside the region.

Since 2010, two RTRCs have already been established, respectively on Ocean Dynamics and Climate in Qingdao (RTRC-ODC) and on Marine Biodiversity and Ecosystem Health in Jakarta (RTRC-MarBEST), with a number of young scientists accepted for the regular trainings provided in the two RTRCs. Meanwhile, some trainees were also engaged in relevant WESTPAC research programmes, such as the SEAGOOS Ocean Forecasting System development, Coral Reef Restoration, and Molecular Techniques for marine biodiversity conservation and resource management.

The three new RTRCs were developed over the last two years, primarily based on the needs of Member States in the region that were reflected in various WESTPAC workshops, scientific conferences and activities. The host institutes have been demonstrating their excellence in respective fields through their engagement into international marine science development and cooperation. The WESTPAC advisory Group, a group of experts in the region, have conducted two rounds of technical and operational evaluations on these host institutes and provided their pertinent suggestions on the RTRCs’ establishment and operation.

The IOC Capacity Development Strategy (2015–2021) identified the “UNESCO/IOC Regional Network of Training and Research Centers on Marine Sciences in the Western Pacific” as a targeted action to achieve the expected outputs of the Strategy. The initiative has been accepted as a UN Ocean Conference voluntary commitment to the implementation of SDG 14, and has been recognized as an effective mechanism in the region for the implementation of the IOC Capacity Development Strategy.

The details about the new RTRCs will be reported shortly.