Reading between the digital lines 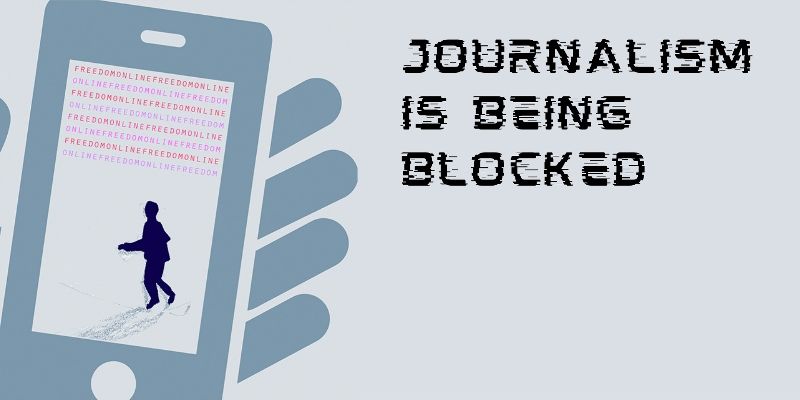 Reading between the digital lines

On this year's World Press Freedom Day -- which falls today -- it's clear that our current relationship with information has undergone a profound change from the norms of only a generation ago. According to the World Economic Forum, in 2020 the volume of content on the internet was 40 times higher than the number of stars in the observable universe. This figure has multiplied since. In a fast-paced and burgeoning digital landscape, the world now communicates readily across geographical borders; at the same time, it does so in increasingly mediated ways.

This is particularly the case with social media where information is powerfully manipulated through targeted technological interventions, including algorithms and artificial intelligence. Today it is undeniable that the technological developments of such mediated information have contributed substantially to the proliferation of misinformation online. This ultimately has the effect of distancing public trust from traditional media. This scenario also has a direct impact on the status of freedom of expression across the world, in which the digital realm makes possible both new opportunities and new threats for free expression. For instance, social media can be an enhancer of freedom of expression in countries where free speech is targeted by the state. A current and vivid example is the encrypted application Telegram, which has become the last resort for Russian journalists to reach audiences, as they have lost the ability to freely report in their country about the war in Ukraine. In Southeast Asia, the market-driven nature of online media has led to the rise of social media influencers or citizen-journalists, some now acting as advocates of free speech without affiliation to traditional news organisations.

Digital technology indeed has enabled new forms of free communication that rely on encrypted content, coded language, and memes which indirectly express ideas that would be normally prohibited under authoritarian regimes. This digital ecology is shaping new kinds of grassroots resistance that can mobilise various members of civil society in their quest for free expression. In 2013, a Sina Weibo Media Report reported that Chinese netizens were becoming more receptive to the notion of open and transparent information as a 'public good' through the availability of digital platforms. This trend was, however, rapidly quelled by the blocking of specific sites and the government's use of advanced surveillance mechanisms. Similarly, in many countries around the globe, governments and tech companies are not fully transparent about the restrictions that they impose on civilians' ready access to information. In the world's non-democratic countries, digital restrictions and online surveillance continue to work as barriers against journalists, activists, and those perceived as a disruptor of social stability. Such curtailments of free speech can be achieved at various levels, such as the network level through the blocking of specific sites or content, and at the private-citizen level through the monitoring of accounts, clandestine data collection, and the fostering of self-censorship.

A recent case of a government's crackdown on the free flow of information took place following the 2021 military coup in Myanmar, where an outspoken digital resistance confronted the crisis in its earliest stages. Activists, journalists, artists, and other opposition members were identified online for further persecution by the de facto authority. Subsequently, Facebook banned Myanmar's de facto authority from using the platform and removed content published by the Tatmadaw. But a year later, the effects of Facebook's restrictions are hardly visible. Upon the first anniversary of the military takeover only months ago, activists called for a "silent revolution" via social media platforms. Though widely used among such circles as their only means of communication and information, social media networks also paradoxically endanger the possibility of free expression in Myanmar, as they have become tied to a psychology of fear and self-censorship triggered by omnipresent surveillance. Globally, in order to prevent the rise of restrictions and excessive monitoring, policy-makers and private technology companies are making efforts to protect users' right to freedom of expression. Transparency reporting has been published by private entities to share information about content-removal requests made by governments or other companies. Calls by activists for the reform of surveillance laws may be encouraging, but progress is slow. Simultaneously, as various new restrictions arise, new civil society movements find ways to circumvent them via social media. This has worked to the benefit of both populists and activists.

Information-seeking now represents half of all online activities among worldwide users. As the world increasingly depends on sophisticated digital tools to access news, users' understanding of the digital realm will have great social implications. As much as laws and regulations are necessary to protect freedom of expression and free access to information, greater public awareness of these issues is essential if we're to safeguard a truly autonomous and free media industry.

*A version of this article was first published by the Bangkok Post on 3 May 2022.

Freedom of Expression
Together for Peace