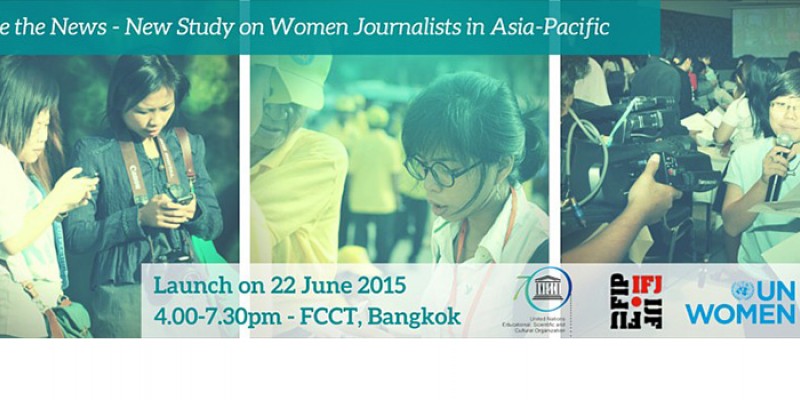 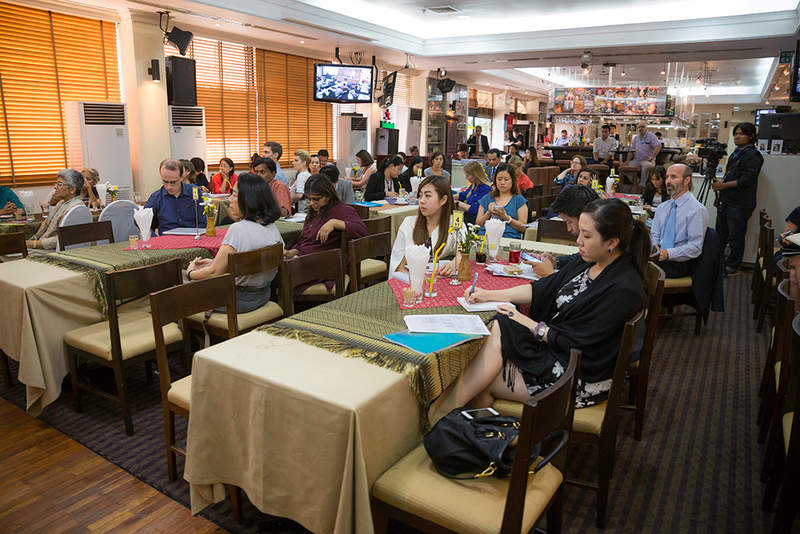 BANGKOK, June 23, 2015 – There are more women media professionals than ever in many countries across Asia-Pacific, but they still represent only three out of 10 newsroom staff, often earn less than their male counterparts and are subject to sexual harassment, while struggling to reach decision-making positions.

These are some of the findings in “Inside the News: Challenges and Aspirations of Women Journalists in Asia and the Pacific”, a study launched yesterday by UNESCO, UN Women and the International Federation of Journalists (IFJ) at the Foreign Correspondents’ Club of Thailand (programme here).

“Inside the News” highlights how issues of gender impact the lives and work of journalists in the region, with case studies drawn from the personal accounts of media professionals in Cambodia, India, Malaysia, Nepal, Pakistan, Sri Lanka and Vanuatu (full report and recommendations in the languages of the countries studied available here). 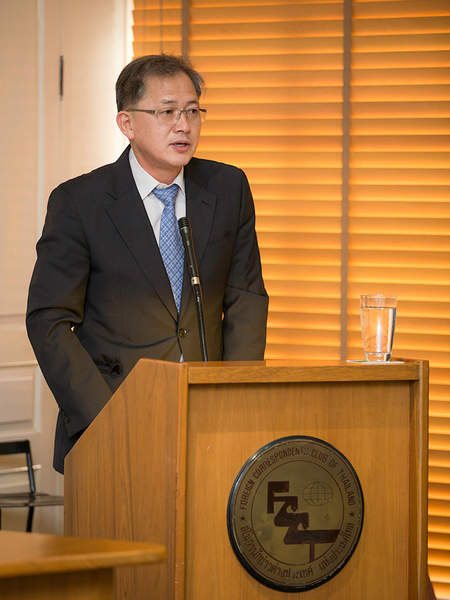 Speaking at the launch, UNESCO Bangkok Director Gwang-Jo Kim said; “[This report] outlines the efforts, achievements and remaining challenges in transforming media to ensure that they advance a culture of gender equality and women empowerment in Asia and the Pacific.

“It is my hope that this report helps to position gender equality and women’s empowerment at the centre of the global agenda, as an essential means for the achievement of sustainable development in all its dimensions.”

The launch brought together a diverse group of women journalists and media experts from around the region to share the challenges they face in their work as well as strategies that can help foster greater gender equality in the media.

Roberta Clarke, Regional Director, UN Women Regional Office for Asia and the Pacific said that the 1995 Beijing Declaration and Platform for Action stressed the need for women to have greater access to media both in creating content and in decision-making and also called for an end to gender stereotyping. As in other areas of the declaration currently under review, Ms Clarke said the report reflected a “mixed bag of progress and challenges”. 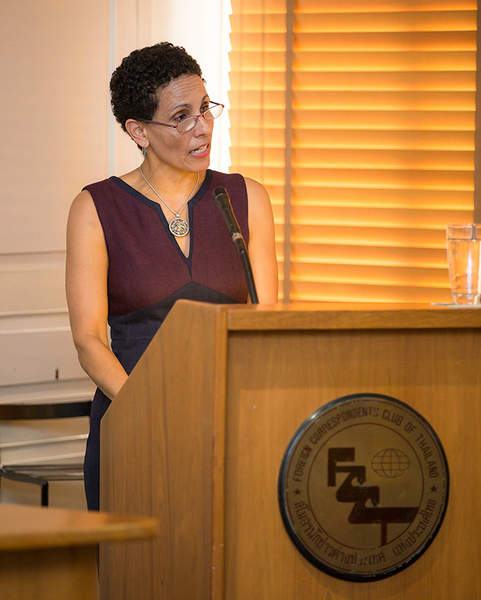 "The report is reflective, but more important for us now in 2015 it is meant to be a catalyst for further change. Gender equality and the empowerment of women is everyone's business,” she said. “The media is powerful and therefore has great responsibility in redressing the imbalance in the portrayal of women and men and also in ensuring that women participate. Members of the media can accelerate that change by changing the media from the inside out.”

Jane Worthington, Deputy Director of IFJ Asia-Pacific, said that the report was the broadest of its kind that the IFJ has worked on in Asia-Pacific and provides important insights into the realities of women journalists in this region.

“This report is important and provides significant research which provides in depth details of women’s experiences at work: from sexual harassment to representation to pay gaps issues, while providing practical and effective suggestions for change. This report should inspire an industry-wide commitment to fulfilling the goal of gender equity in our media, for the benefit of all society,” Ms Worthington said. 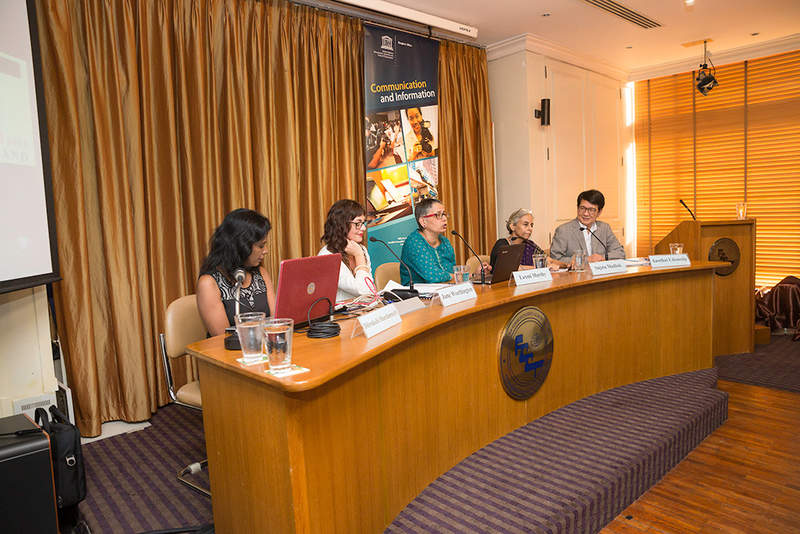 Anothai Udomsilp, Director of Thai PBS’s Academic Institute of Public Media, underlined the importance of gender-sensitive journalism within his organization and discussed the recent drafting of an ethics manual tailored for Thai media based on UNESCO’s Gender-Sensitive Indicators for Media (GSIM). Successful implementation of such measures requires both everyone in the workplace to understand the benefits of and actively pursue gender equality in media.

“In order to achieve real progress in that area, one crucial aspect is to get significantly more men involved in these questions”, he said.

Laxmi Murthy, Consulting Editor for the Himal Southasian magazine, said: “This report gives orientation on where to concentrate our advocacy efforts in the future, namely: women in decision-making positions, the corporatization of the media and its impact on women’s depiction in media content, and safety at the workplace.”

Nearly 700 journalists from the target countries participated in the study, which drew on surveys of journalists, focus group interviews with representatives of media outlets, as well as interviews with media organisation and national professional associations. 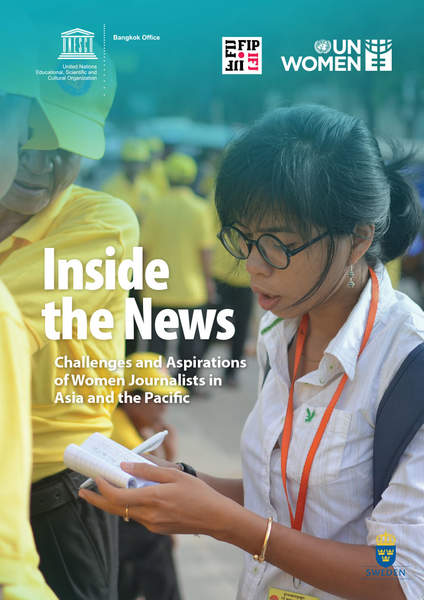 - 18% of women journalists have experienced sexual harassment at work, while 34% of them have witnessed it.

Related News:
Inside the News – Challenges and Aspirations of Women Journalists in Asia and the Pacific - 16.06.2015 20:17
MEDIA ADVISORY: How can we get more women in newsrooms? New study on gender and journalism in Asia-Pacific gives media professionals their say - 15.06.2015 15:55