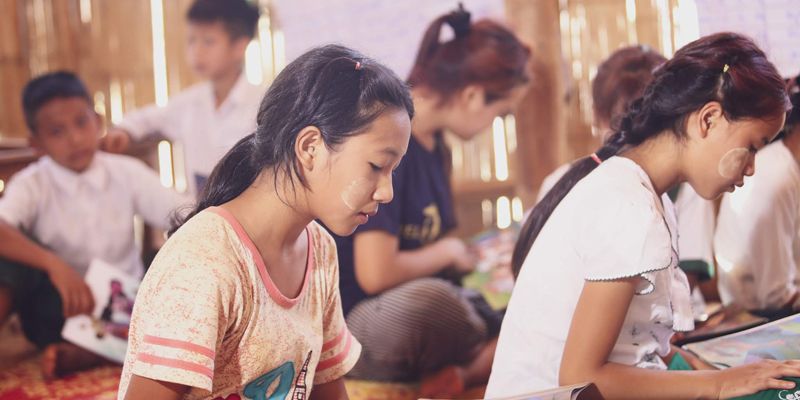 In close collaboration with the local communities in Myanmar’s Shan State, the non-profit United World Schools sets up schools, and trains and supports community members to teach in the local language. This allows children from ethnic communities, many of whom do not speak any other language, to obtain an education.

This is an issue of particular concern in Shan State, where more than 32,000 of people aged 3 and older never attended school due to language barriers (Inter-Census Survey 2019, Myanmar Department of Population). Improving access to mother-tongue based early learning in Shan State thus significantly contributes to ensuring inclusive and equitable quality education and promote lifelong learning opportunities for all (Sustainable Development Goal number 4).

Next week Tuesday, the Myanmar Project Office will present the prize to the Myanmar Country Team of United World Schools in an online event. As part of this event, representatives from UNESCO Myanmar, the Korean Ambassador to Myanmar, and Myanmar’s National Commission to UNESCO will speak. United World Schools will also give a presentation of their work on literacy in Myanmar, with time for questions and answers.

The event will be livestreamed on UNESCO Myanmar’s Facebook page (facebook.com/UNESCOMyanmar) in Myanmar language on Tuesday, September 15, 2pm Myanmar time. There will also be the possibility to join the event’s Zoom meeting to follow the events in English language.