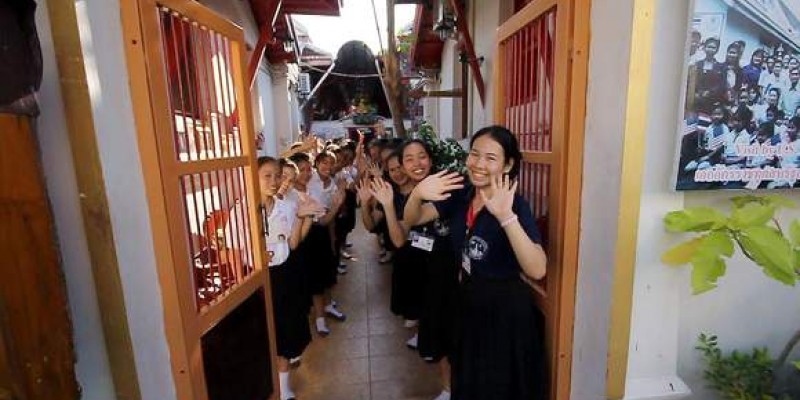 Born into poverty and orphaned early on, a young woman finds fresh opportunities and a new life thanks to a flexible education initiative inside Bangkok's iconic Wat Arun

“No job, no studies, and no good opportunities,” is how Winda Singhom sums up her prospects had her life not been transformed by one year spent at a learning center located on the compound of one of Bangkok’s most iconic temples.

Winda, now 27, was orphaned at the age of six and in a country where extended family often offers support, she had very few relatives, just an aunt and an uncle who were eking out a subsistence existence in farming and a grandmother, her primary caregiver, who was ill for as long as Winda could remember.

It was her grandmother’s chronic illnesses, kidney disease and diabetes, that first gave Winda a notion of what she would like to do in her life.

"I wanted to be a nurse because when I saw my grandmother sick, I didn't know how to take care of her,” she says.

Living in rural Chiang Rai in northern Thailand and with little means to support herself, let alone pursue post-secondary education, the dream of becoming a nurse remained just that until Winda was informed through her school about an opportunity in Bangkok. 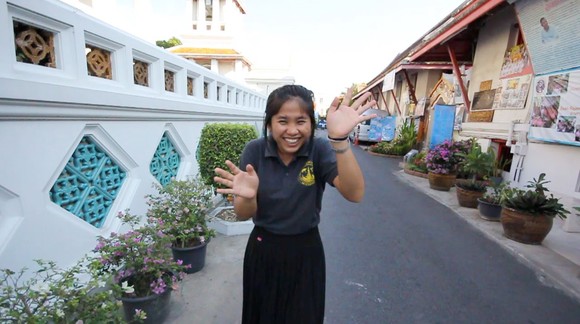 A community learning center, located on the grounds of Wat Arun, the Temple of the Dawn, was accepting applications for a one-year program that offers scholarships to allow impoverished women to study in a nurse assistant’s programme at a local university, while also providing them with room and board at a dormitory near the temple.

Work began on the community learning center in 2006, funded by American philanthropists Walter and Janet Stowe, through their JWS60 Foundation, on the advice and guidance of Hartanto Gunawan, an Indonesian who moved to Thailand to ordain as a monk and has since had an abiding appreciation for meditative practice.

“In the old days in Thailand, the temple was the place to study, to take refuge, to consult. Nowadays the young people go to the mall, to the internet cafe,” says Hartanto. “That's why I asked the Stowes if I could set up in the temple -- to preserve the culture, and they agreed.”

Because of Wat Arun’s revered status, the learning center could not be built above existing buildings. They had to dig down, Hartanto says, building classrooms underneath the compound. 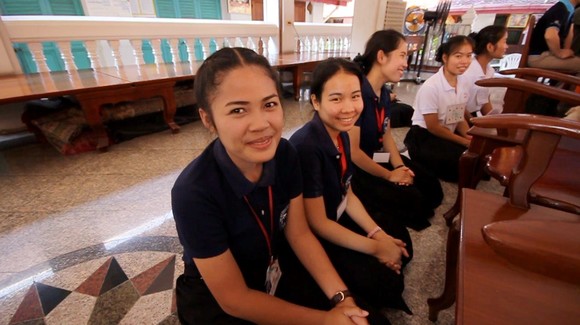 The CLC opened in 2007 and since then more than 140 students have successfully graduated from the nursing curriculum – with a job placement rate of 100%. At the time of UNESCO Bangkok’s visit, there were 27 new students in the nursing program, most of whom are around the age of 18, along with 10 younger children who also study at the center.

Winda took a bus for several hours before reaching Bangkok which she found “scary” and found just as much to adjust to at the temple where the first three months are spent developing mindfulness and meditating as a way to focus their minds, as well as learning practical skills such as cooking Thai cuisine and learning traditional cultural practices, such as fruit and soap carving, dance, etc.

Part of the mission that the Stowes wanted the CLC to achieve was to act as a preventative measure to keep young women in rural areas from falling prey to human trafficking.

“If you see them when they first arrive, you will see why they're easily cheated, why they easily become the victims, because they are so afraid," says Hartanto. "In three months before they start their nursing curriculum, it is my duty to prepare their mind so they can compete in the nursing class.”

The students wake up at 4.30am and start to meditate at 5am. "The first time, I wasn't used to it, and would fall asleep while I was doing it,” says Winda.

When a scholarship to study nursing at a university in Taiwan was offered to the CLC, Winda’s perseverance, hard work and desire to help others made her Hartanto’s top choice. He gave her one condition: since all the classes and course materials would be in Mandarin, she had to intensively study the language over the course of one year.

“I thought it was a good opportunity,” she says, “Before I studied in Taiwan, I had to learn basic Chinese and take a test. It was very hard for me.”

Her perseverance once again paid off and she was on to another adventure - this time in Taiwan, which she found even more overwhelming than her trip to Bangkok one year prior given the language difficulties.

Over the course of four years, she learned the language and her profession. Now Winda works for one of Bangkok’s top private hospitals. The best part of her job, she says, is when she sees the delight and relief on the faces of her Chinese patients when they know they can tell her their problems in their own language -- Winda understands something about the alienation felt in unfamiliar places.

Winda’s grandmother has now passed away and she has little contact with what few relatives remain in Chiang Rai. Her family now, she says, are the young girls who arrive at the temple, just as she did many years ago, with dreams, fears, and an opportunity.