By the numbers: Giving voice to vulnerable youth in Lao PDR 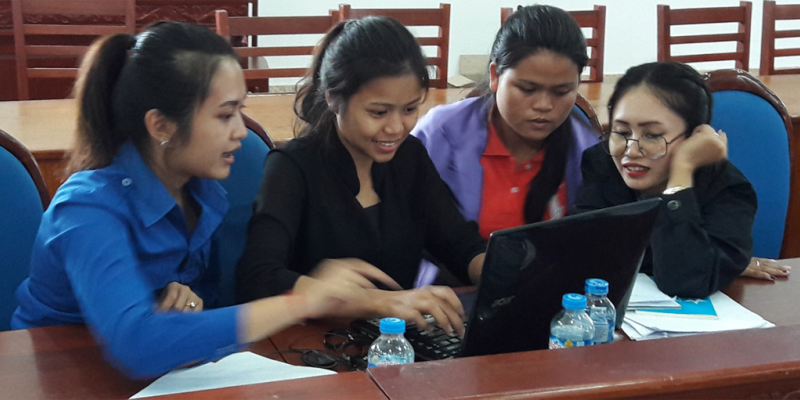 By the numbers: Giving voice to vulnerable youth in Lao PDR

It’s a hot afternoon in Savannakhet, Laos. While summer is about to give way to the rainy season, it’s doing its best to remind the residents of this small city that it won’t go out gently. Outside the Savannakhet Primary Protection Center, six young local researchers, all of whom are no older than 25, are joined by a few police officers as they sign out of the building. As they respectfully wai the officers, they all breathe a sigh of relief. It’s been an intense week and a half, but they have accomplished a lot.

Over nine days, those six young researchers were able to interview 40 compatriots between the ages of 18 and 30 who are addicted to the mix of methamphetamines and caffeine known as yaba. The purpose of the research was to determine the causes of the addicts’ drug use, and to provide recommendations for how other youth could avoid drug abuse and addiction.

Through a combination of in-person interviews and questionnaires, the researchers uncovered a compelling list of evidence. Ninety percent of the youth interviewed, for example, started using drugs during their teen years (most of them got their drugs from their friends and community). Over three-quarters of them (78%) started using drugs because they “just wanted to try them”. An almost equal number (80%) have jobs, but often borrow money from family or engage in criminal activities such as theft and selling drugs because their addiction costs US$60 to $240 a month. Almost all of them believed that awareness and education on the negative effects of drug use was inadequate and that parents, educators and the government needed to do a better job in this regard. This was just some of the information gathered by the young researchers.

Substantial qualitative information on disadvantaged youth such as the group mentioned above is notoriously difficult to come by, especially in countries like Laos where the skills and resources to gather such data are greatly lacking. While it’s likely that most decision-makers in the country are aware of the problems and concerns, they do not entirely understand how to address them. Unfortunately, Laos is not alone in this regard.

The research in Savannakhet was one of four UNESCO Bangkok-supported studies on vulnerable youth in Laos that took place in mid-2018. The other three studies focused on LGBTI, disabled, and out of school youth.  Primarily, the research was meant to better inform the country’s first national youth policy. However, it was also meant to create general awareness on the problems affecting youth in Laos. In collaboration with local partners in the country, UNESCO provided training and financial support for young people to conduct the studies.

The importance of actively working with young people to find out the needs and concerns of their peers, particularly those who are vulnerable and under-represented in social-science studies, is slowly but gradually being understood by both national and international decision-makers and development workers.

While it is a relatively new area of interest, youth-led social-science research provides several advantages that traditional forms of research are lacking. The clearest advantage that is often cited is that young people are more comfortable sharing information with other youth, especially when it’s qualitative. This has been confirmed several times through the work of reputable academic institutions such as Stanford University and National University of Ireland Galway. Additionally, youth are able to reach out to and connect with other young people in a way that older researchers may not be able to. This latter point is especially important when considering the issue of understanding vulnerable youth such as LGBTI, disabled people, ethnic minorities, etc. Youth who identify as one of these groups are more likely to learn about how their peers feel and what concerns they have.

While the six researchers from Savannakhet weren’t themselves drug users, they were able to go beyond the statistics and find out deeper information, such as whether or not interviewees had a “happy childhood” (half of them did, half didn’t), and what would motivate them to stop using drugs (the most common answer was “family and friends”).

Of course, youth-led research as it relates to social science, especially on vulnerable groups who may or may not be accepted in their societies, is not without its challenges. There are risks. There are ethical considerations. It is critical that organisations leading such initiatives provide safety and support to their young researchers. With proper training and coordination, these challenges can be reduced, if not eliminated altogether. They should not discourage the important role that youth can play in helping their countries and regions identify the needs and concerns of groups that too often fall to the wayside of important policy decisions.

In nine days, just six youth in Savannaket were able to learn more about young drug addicts than most of their policymakers could know in decades. Imagine what 100 could do. Let’s empower youth to inclusively develop their countries through knowledge.

Photo and story by David Young

This article was originally published in The Bangkok Post