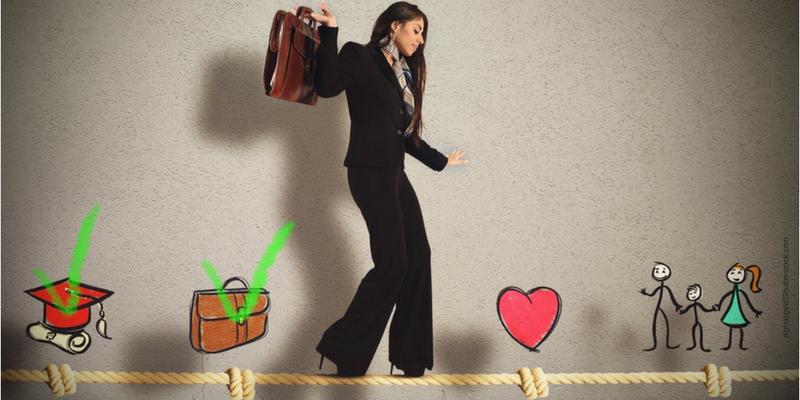 Dr Lakshmi Ramachandran is a Scientific Writer and Outreach Coordinator with the National University of Singapore’s Mechanobiology Institute and was a delegate at UNESCO’s recent International Symposium and Policy Forum, “Cracking the code: girls' education in STEM.” Here she shares her personal experience, touching on some of the themes prevalent at the event as well as in the groundbreaking UNESCO report of the same name.

My career path has been unconventional on one hand and common on the other. It is unconventional because I have changed track twice – once from academia into pharma and then into science communications – and all this was with a career break in between! It’s also common because it falls in the category of 35% of women who drop out of science careers following their PhD or post-doctoral work.

This is known as the “leaky career pipeline”, where women drop out of STEM (science, technology, engineering and mathematics) careers at a high rate at earlier points in their career cycles. Unfortunately, this leads to a loss of talented and skilled women in science, and severe under-representation of women at the independent investigator and leadership levels.

The leaky career pipeline coincides with the challenges of balancing work and family, and this often becomes a major issue post-motherhood. In my case, I had the full support of my family and employers to stay on the career track while pursuing a family.

But emotional distress from infertility treatments had left me feeling dissatisfied for not being able to give 100% at work and in my personal life. Despite wise advice that “life is not to be taken piecemeal”, I felt I needed to focus on one thing at a time. I quit my career, thinking that my biological clock will not wait, but my career will!

However, when I wanted to get back into science, it wasn’t easy. I sent application after application for research positions both within and outside of my area of focus. The rejections and lack of response left me feeling desperate. But I told myself that it is only a matter of time. I continued my job hunt and focused on staying positive and healthy throughout the process.

I enrolled in courses, realizing that updating my skill set was imperative to moving forward, and looked at alternate careers that best suited my inherent skills and passion, such as teaching and science communications. I waited patiently while networking and keeping myself updated on the latest in science. Much later, I landed my present job in science communications at MBI, which was a breath of fresh air – not only could I return to science in a new and exciting capacity, but it also helped rekindle my aspirations.

Additionally, through my involvement in MBI-WIS, I learned more about the complex problems leading to the leaky career pipeline among women researchers. Awareness on some of these problems, such as lack of self-confidence in taking on higher responsibilities and inadequate networking, helped me revisit these aspects in my life and work on them. I see the “leaky career pipeline” as a multilayer problem that involves the individual, family, society, institutions and governments.

And it’s because of this that this problem needs to be addressed on multiple fronts, from the grass-roots to policy levels. I cannot emphasize enough the role of good mentoring by compassionate people (not just successful researchers) in enabling women to retain or excel in science careers, I have been a beneficiary of it, thanks to Prof. Linda Kenney (Professor and WIS lead at MBI).

Although I have no regrets in the way my personal and professional lives have shaped together, today I share a different perspective on ‘quitting’. I now know that challenges in life come and go, including the initial challenges of motherhood. It is a transient phase that tides over just like any other. Most importantly, acknowledging that a human being cannot give his/her 100% in all aspects of life at all times helps remove significant mental burden and enables one to hang in there without taking oneself out of the game. I emphasize on this because, once you are out of the game, it may take tremendous efforts, resilience, and adaptability to put oneself back!

I was just 15 when I decided to become a scientist. I had a burning ambition to become a drug discovery researcher that arose from my fascination for science, mainly in understanding the biology and genetics of cells and microbes. I was undeterred, came out with flying colours and entered my desired career path – that of a drug discovery researcher. Yet, at one point, I left science because I felt then that family and science were incompatible!

Today, I have proved myself wrong by getting back into science – after becoming a mother of two – while balancing my life, work and social involvement. All of this owing to my undying passion for science! Science is an experience! Once you have tasted it, it is tough to let go!

Dr. Lakshmi Ramachandran focuses on enabling better female participation in both STEM education and careers. She is a member of the MBI women in science organization (@MBIWIS) and has been part of international symposiums, such as the Gender Summit and Cracking the Code. She is the mother of two young boys, has a unique memoir-cookbook (Roomies/Foodies) to her credit, and writes poetry in her leisure time.

This story originally appeared on storiesinscience.org - an initiative of the STEM Advocacy Group at Harvard University. The 'leaky pipeline' in STEM was also discussed in the 2015 UNESCO Science Report: Toward 2030