Myanmar discusses creating a national Memory of the World Committee 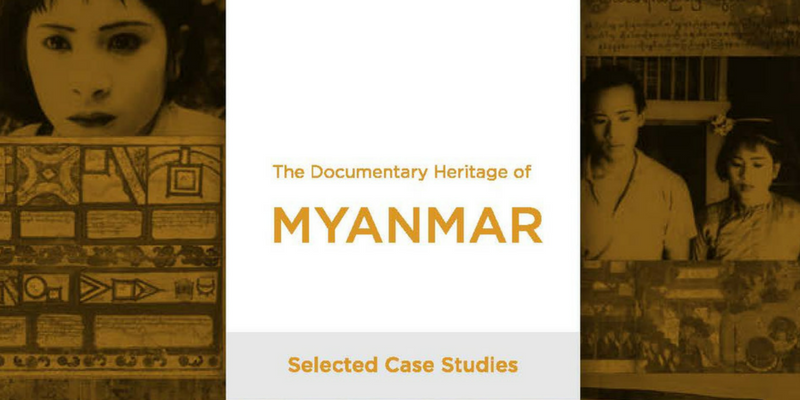 Myanmar discusses creating a national Memory of the World Committee

Myanmar’s documentary heritage is rich and diverse, ranging from ancient texts carved in stone and palm leaf manuscripts to cinema and audio-visual materials. The country is an active member of the Memory of the World (MoW) programme, with four inscriptions on the International Memory of the World Register. The most recent, the King Bayunnaung Bell Inscription, came in 2017. However, like many countries in Southeast Asia, Myanmar faces several challenges in safeguarding this rich heritage.

UNESCO has been working with stakeholders in Myanmar to support the identification, preservation and access to the country’s documentary heritage within the framework of the Malaysia-UNESCO Cooperation Programme. In cooperation with the Myanmar National Commission for UNESCO and the Myanmar Book Aid and Preservation Foundation, a second workshop was held on 20 and 21 February 2018 in Yangon on developing a Myanmar National MoW Committee and Register.

Facilitated by Dr. Ray Edmondson, Special Adviser to the Memory of the World Committee for Asia-Pacific (MOWCAP), Mr Andrew Henderson, Secretary-General of MOWCAP, and Ms Misako Ito, Adviser for Communication and Information from UNESCO Bangkok, the workshop brought together over 30 participants from government, libraries, archives, museums, universities, and NGOs across the country.

In her opening remarks, Ms Min Jeon Kim, the Head of UNESCO Yangon Office, highlighted the importance of the National MoW Committee as a crucial part of the MoW structure to sustain the programme in the country. Participants discussed the establishment of Myanmar’s first National MoW Committee, including the draft Terms of Reference, with its rules of membership and succession to be adopted by the relevant ministries involved in the process. As one of the tasks of the Committee is to identify national documentary heritage and raise awareness of its significance, a practical exercise was organized to apply the criteria for assessing the nominations to selected documentary heritage from Myanmar.

As part of the workshop, a booklet, The Documentary Heritage of Myanmar: Selected Case Studies was launched. The study developed in both English and Myanmar language aims at laying the foundation for a National Register in Myanmar.

The workshop also provided the opportunity to introduce the UNESCO Recommendation on Documentary Heritage (2015) and raise-awareness on MoW through an exhibition.