Myanmar’s gender challenges in education: What the boys have to say 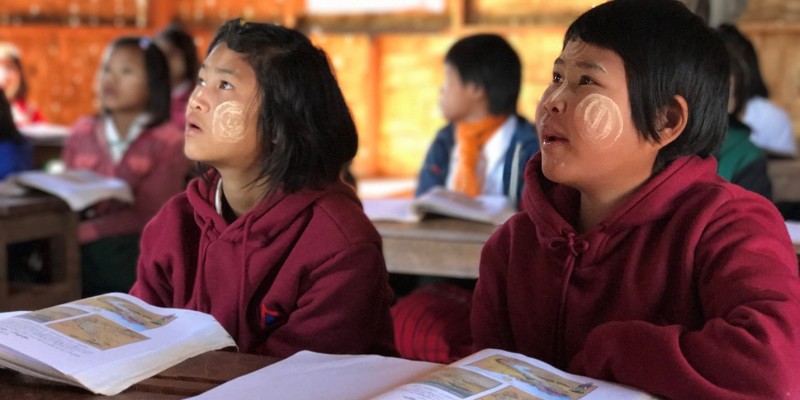 Myanmar’s gender challenges in education: What the boys have to say

This is the first in a three-part series examining some of the pressing issues and challenges in the non-formal education sector in countries where UNESCO Bangkok is actively involved in expanding the reach of those under-served by the formal education system.

When asked about his older sister, Yan cannot hold back his tears. The 13-year-old student recalls how his sister dropped out of school in the fourth grade, at age 10. Since then she has been selling fish to help her dad, a fisherman, and support her brother’s education.

“My sister wanted to continue her education but my parents could not afford it,” he says, pausing, trying not to become too emotional.  “I really think that my sister has fewer opportunities than I do just because she is a girl.”

Many of his classmates have similar stories. Zin, 13, talks about his sister who dropped out at 12 to support the family but was only able to find odd jobs because of her lack of education. “Although my sister never showed regret, I feel sad when I hear her talk about her memories of her school and classmates,” he says. “I know that means she still wants to go to school.” 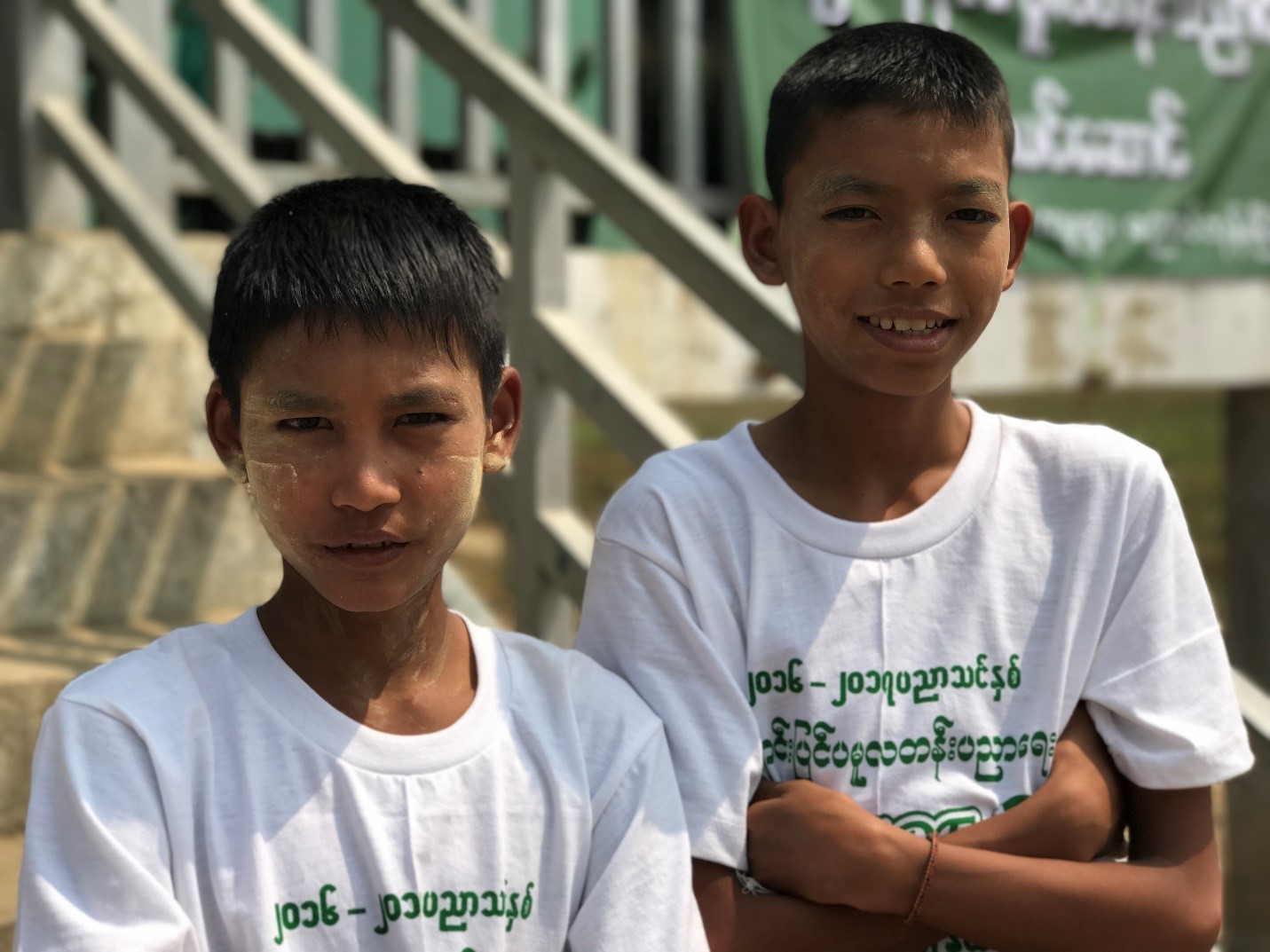 Yan, left, and Zin. Their sisters dropped out when they were younger than their bothers to help support their brothers’ education. (©UNESCO/H.Lee, 2017)

Such stories are all too common in Myanmar where attaining education is a difficult feat for many females despite it being constitutionally guaranteed for all. While most girls attend primary school, the numbers gradually decrease at the secondary and higher education levels.  In 2015, more than 1.7 million women over 15 in Myanmar were found to be illiterate, while half as many men could not read, according to the UNESCO Institute for Statistics.

While public schools in Myanmar have no tuition, there are hidden costs, such as school supplies and transportation, that make them unaffordable for many.  Because of this, many parents only enrol their sons in school.

UNESCO Bangkok visited non-formal education schools around Yangon to learn more about the challenges females face in education in Myanmar, while also hearing the perspective of their male classmates on this situation. 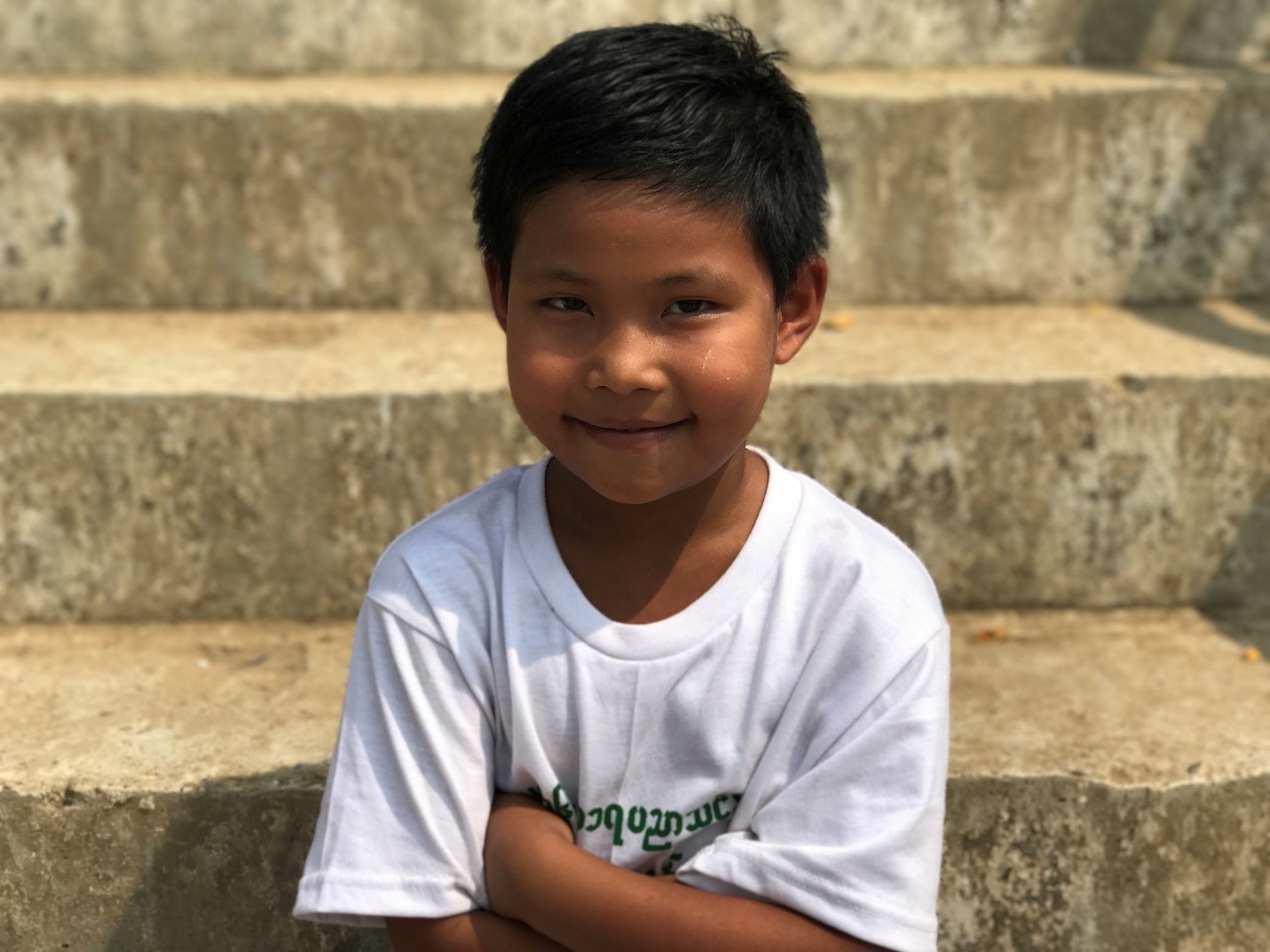 Eleven-year-old Aye dreams of soccer superstardom, but isn’t able to practice much due to views of soccer being a ‘boy’s sport’. (©UNESCO/H.Lee, 2017)

Aye, 11, a Yangon-native from a very small village, is considered to be “different” from her other female classmates at school.  She prefers to wear sweat pants, keeps her hair short and her biggest dream is to one day be a famous soccer player for her country.

Standing in the way of those ambitions is the fact that she hardly ever gets time to practice and when she does it’s usually only with a male cousin of hers since she’s not allowed to play with her male classmates. Finding female classmates to play with is also difficult, as soccer is considered to be a male sport.  “I could play by myself but it is not as fun as when I play with someone else,” says Aye.

Most of the young girls UNESCO spoke to did not share Aye’s big dreams. Few girls in this impoverished nation aspire to careers in sport or professions in fields such as science, engineering or public service, seeing themselves instead working on the family farm, in a tea shop or at the local market.

Mi, 13, does not have high ambitions despite being one of the best performing students in her school, recently winning the state-level Myanmar language award. Despite her excellent performance in class, she plans to work in a shop after finishing her secondary education.

Mi is from Shan State, which has the country’s lowest female literacy rate, according to the 2014 Myanmar Population and Housing Census.

Like many youngsters unable to attend formal schools because they are either inaccessible, failing or unaffordable, Mi attends a monastic school some 16km away from her village.

An education official in Hopone, Shan, says that rural women often have fewer opportunities than their urban counterparts in Myanmar, while the challenges are compounded for ethnic minority females, who often face discrimination. 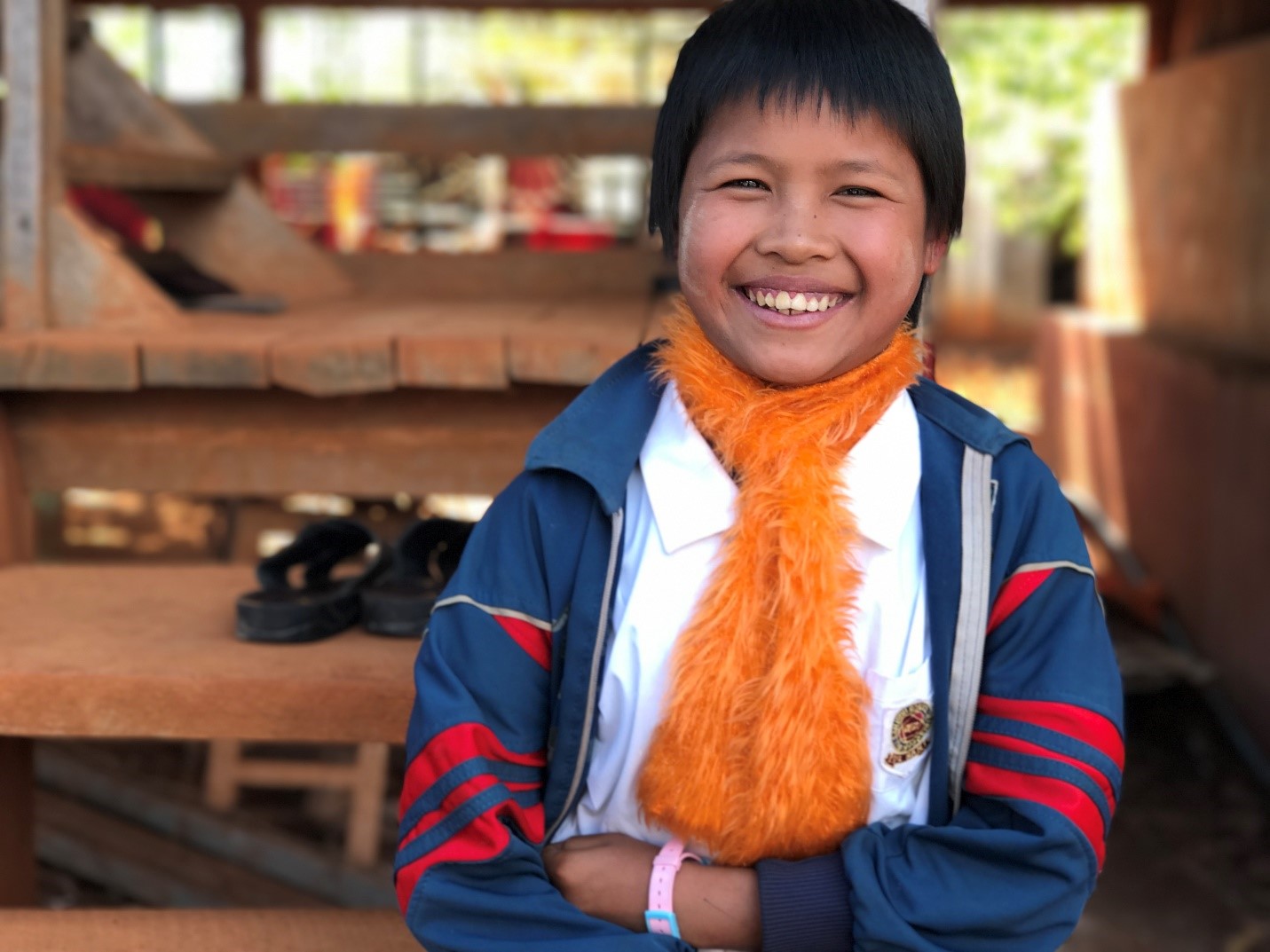 Mi loves writing poems and thought of a career as a teacher, but is resigned to working in a shop to support her family. (©UNESCO/H.Lee, 2017) 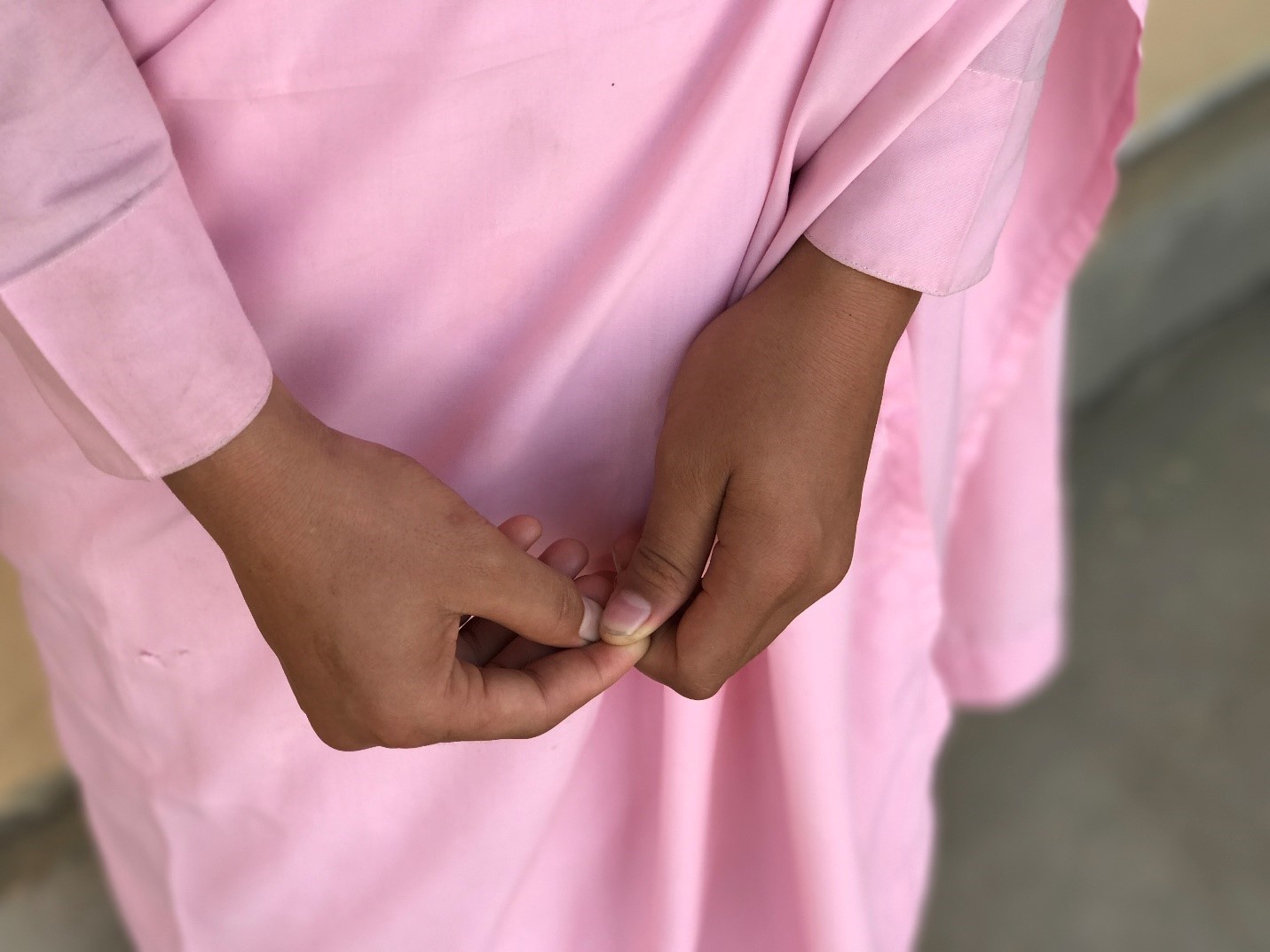 Khin was subjected to horrific domestic violence by her stepfather and still finds it difficult to concentrate in class or cope with her emotions as a result. (©UNESCO/H.Lee, 2017)

Khin, 13, is one of the quietest students in her class.  She also seems distant from everyone.  With her teacher’s help, she was able to share what she vaguely remembers happened to her five years ago: one day, her step-dad attacked her with a knife.  She still does not know why.

“Since the incident, I feel nothing.  I am not happy, even though I have a safer place to stay,” she says, “because it is very difficult for me to memorize things.  I am also having difficulty concentrating in class.” 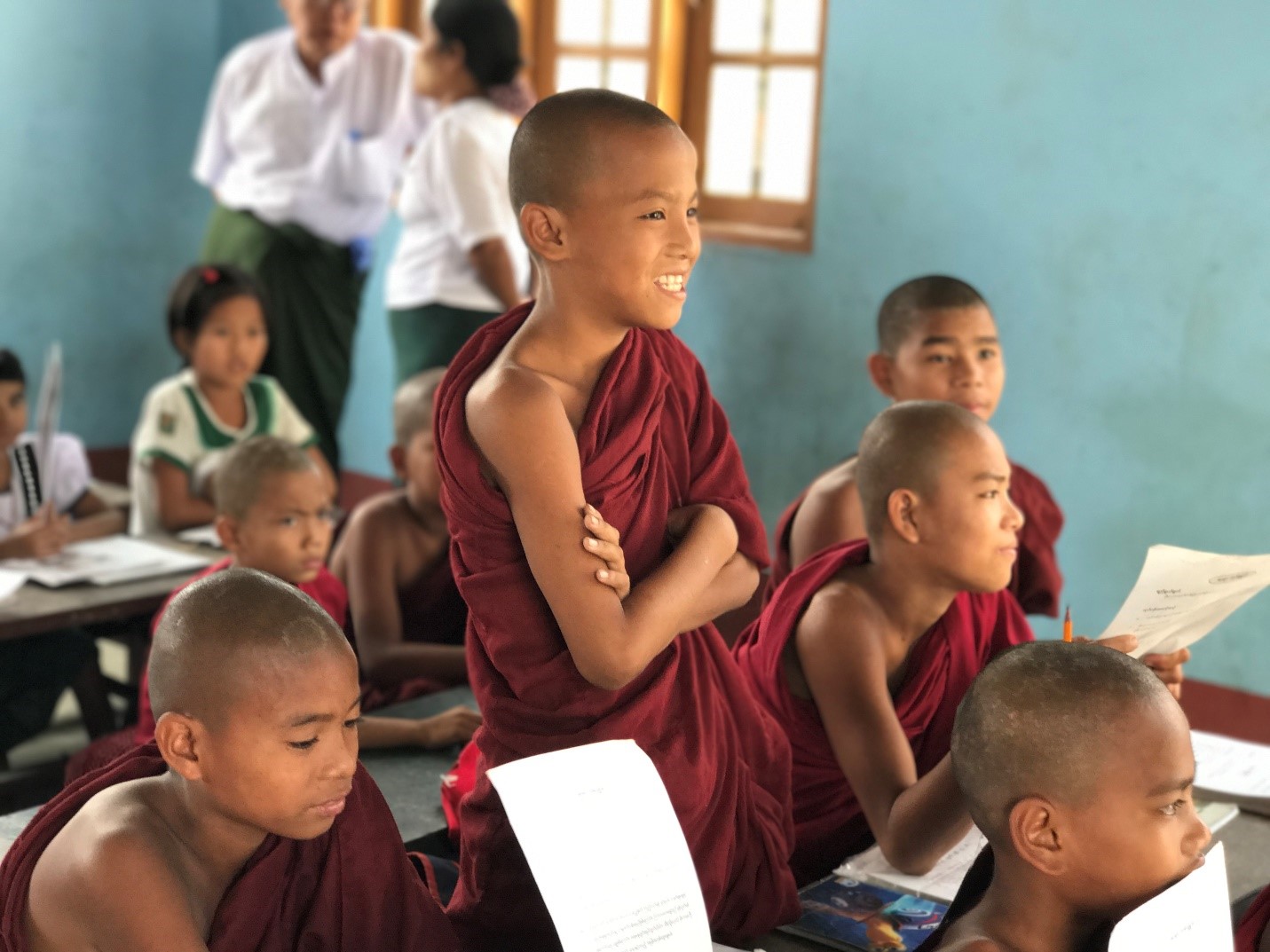 Htun says it is in everyone’s best interests to ensure that girls’ rights are respected and that they have access to education. (©UNESCO/H.Lee, 2017)

When Moe, Khin’s classmate, hears her story, he is shocked.

“I always thought girls were more vulnerable than boys,” he says, adding that he thinks this makes it difficult for them to enjoy their lives.

“Khin’s story made me think that it is important for men to proactively participate in protecting women’s rights because just teaching girls and women about their rights will probably not have a lasting impact.”

Classmate Htun, 13, recalls how his two older sisters had to leave school in the fourth and third grades, respectively, for menial work that brings in little money. He agrees with Moe.

“Thinking about my sisters, who had to drop out, and listening to Khin, I feel that it is critical to let people, especially men, know that men can benefit from educating girls and protecting their rights,” he says. “ If girls are happy and have access to basic rights like education, they can find better work, do more and earn more.  Everyone will be happier, right?”

These interviews would not have been possible without the dedication and help of Mr. Win Pe from the Myanmar Literacy Resource Centre, a Yangon-based organization that works for disadvantaged children’ education across the country.

Hyunjeong Lee is a Project Officer in Lifelong Learning and Literacy with UNESCO Bangkok's Section for Education Innovation and Skills Development.