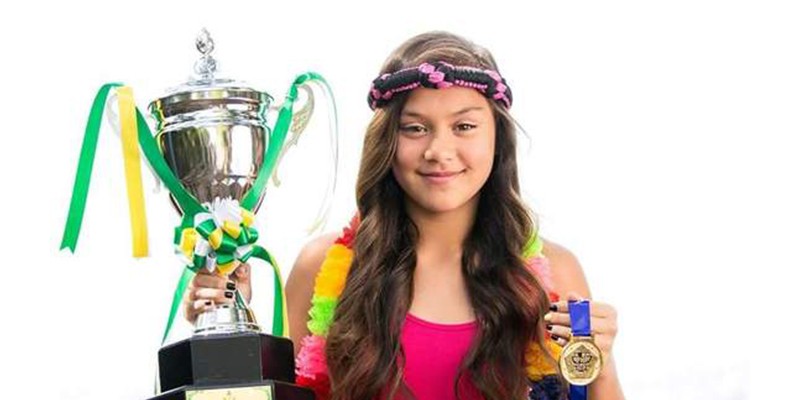 "Girls can’t do Muaythai? Rubbish!” says 13-year-old Crystal Cook, scoffing at the suggestion that some might consider it a “boy’s sport”. “Girls have every right to do Muaythai. It is a highly skilled sport that females are excelling at worldwide. Gone are the days of just netball for girls. Why can’t girls do it? In fact, we are doing it, and doing really well.”

Crystal certainly is – she was a gold medalist at the International Federation of Muaythai Amateur (IFMA) Junior Championships as well as the IFMA Junior Athlete of the Year in 2015. She is every bit the proud, confident individual that such distinctions would suggest; however, things have not always been easy for her.

Crystal was born with fetal alcohol and drug syndrome from her biological mother and diagnosed with severe dyslexia and ADHD. She was severely bullied in school and excluded from social activities by peers.

Tori has since become a second surrogate mother to Crystal, believing in her and encouraging her from the first day she entered the gym. 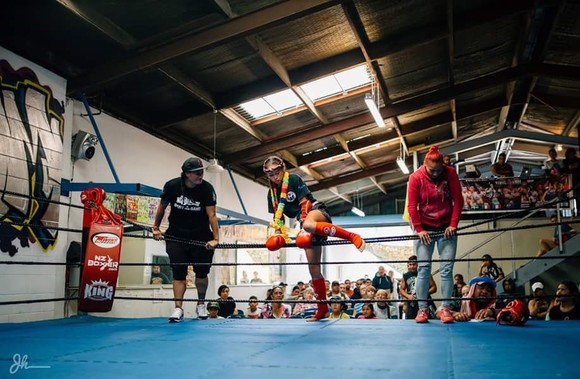 “Crystal was shy,” Tori says of the teen’s early days training. “She didn’t think she could ever participate in Muaythai, though she has a strong heart and a determination I have rarely seen. She was prepared to put in the effort.”

For Crystal, the gym offered a respite from the torment of school, though it took time for her to gain confidence, especially given that she was training alongside the likes of multiple Muaythai title holders such as Baby “Pitbull Nansen, Sam “the Shank” Hill, Oscar “Ronin” Remihana and Hone “The MAN” Snowden.

“I was scared, shy. I had no confidence in myself. I was used to hearing how dumb I was every time I went to school,” she says. “Apart from my family, no one had ever believed in me. Though with Tori’s help, and my mum, I have proven to everyone that I can win gold at the World Championships… I’ve proven I can do anything.” 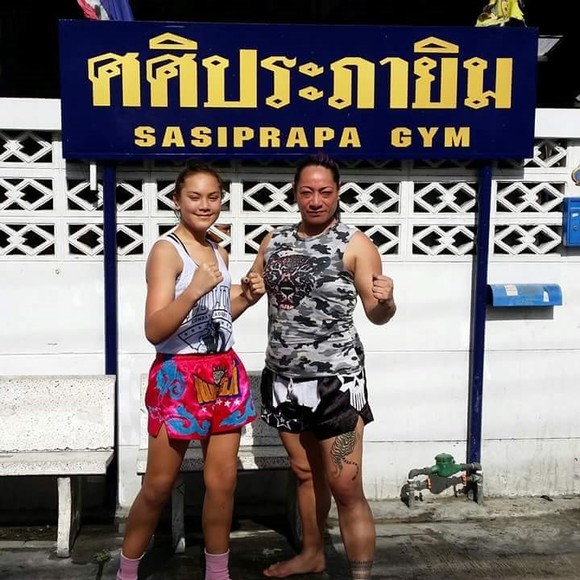 The sport has brought Crystal more than just trophies, however.

“Muaythai has taught me how to be strong, independent, confident, though most importantly it has taught me to trust in people [and have] respect and honour,” she says.

The impact the sport has had on Crystal – the increased focus and purpose as well the sense of inclusion it gives her – has left Christine delighted about her decision to bring the teen to the gym.

“The transformation in Crystal is staggering”, Christine says. “I am so grateful to Muaythai and to Victoria and everyone at SMAC gym for the opportunities they have given my daughter.”

Crystal continues to train and work hard to develop as both a fighter and a person, with an outlook that goes beyond the ring.

“Girls can do anything and it’s being proven more and more,” says Crystal. “Girls are just as competitive if not more than boys. Although unfortunately, girls have to work harder to prove themselves.”