Memory of the World in Lao PDR: National Committee to safeguard documentary heritage a step closer 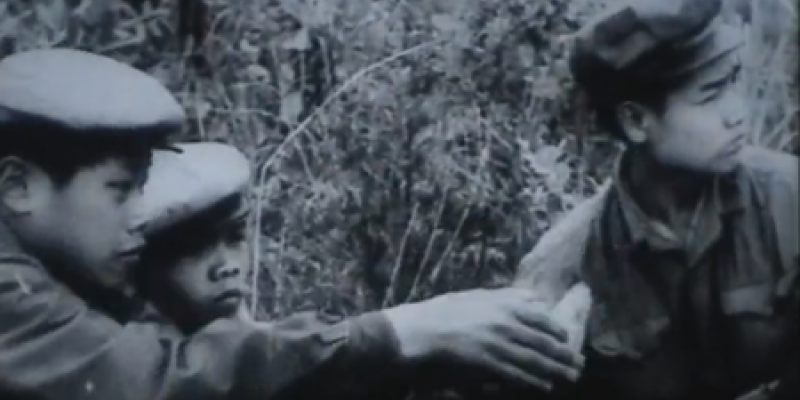 Memory of the World in Lao PDR: National Committee to safeguard documentary heritage a step closer

Photographs related to the history of Buddhist monks in Lao PDR, important National Archives documents and historic film collections were among the items presented at a recent workshop aimed at preserving the country’s documentary heritage through UNESCO’s Memory of the World (MoW) programme.

Over 30 representatives from several institutions, ranging from government departments overseeing archives and cultural records to museums, joined the workshop on 27 March.

This was the second Memory of the World workshop in Lao PDR and the aim this time was to introduce these key stakeholders to the procedures and selection criteria to develop nominations to MoW registers, discuss the significance of collections and to agree on the next steps to establish a National MoW Committee. 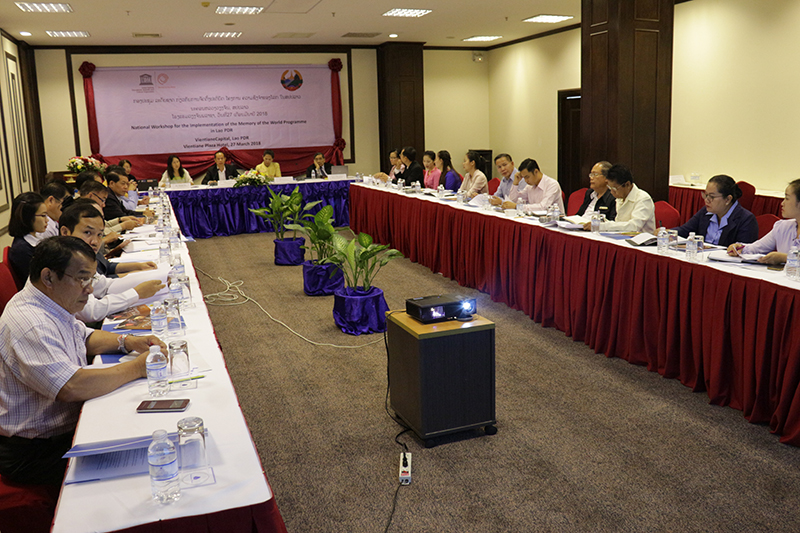 Establishing a National MoW Committee is critically important to engaging with the UNESCO programme for the benefit of preserving Lao PDR’s documentary heritage, said Mr Thongbay Phothisane, Director-General of Department of Heritage, Ministry of Information, Culture and Tourism, in his opening remarks.

Lao PDR already has one inscription on the Memory of the World Asia-Pacific Register: the Neo Lao Hak Xath collection of 450 newsreels and documentary films. The workshop stressed how many more nominations can be developed by strengthening and raising awareness around the MoW programme in Lao PDR. Ms Misako Ito, Adviser for Communication and Information at UNESCO Bangkok Office, insisted that National Committees for MoW play an essential role in ensuring the sustainability of the MoW programme in the country. The establishment of such a Committee will also offer the opportunity to the stakeholders in Laos to take part in the regional cooperation mechanism provided by MOWCAP, the MoW Regional Committee for Asia-Pacific, she said.

Dr Rujaya Abhakorn, MOWCAP Goodwill Patron and Director of SEAMEO SPAFA, told the “stories” of several inscriptions on the MoW International and Regional Registers, explaining the significance for each nomination. Discussions helped participants hone in on the significance of their collections in line with the criteria for MoW nomination.

The workshop concluded with a session facilitated by the Lao National Commission for UNESCO on establishing a National MoW Committee in the country. Participants agreed that the terms of reference and composition of the committee should be further discussed by Heritage Department officials, who will then take the responsibility in the follow-up process to establish the committee.

The UNESCO Memory of the World programme was established in 1992 with the aims of safeguarding, facilitating access and increasing awareness worldwide on the existence and significance of the documentary heritage. 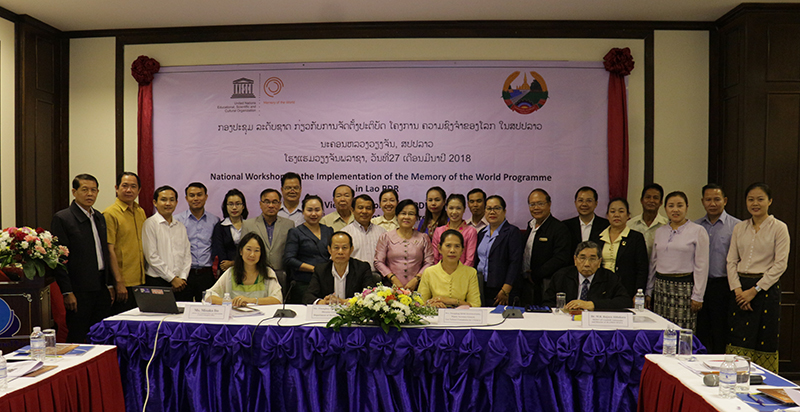