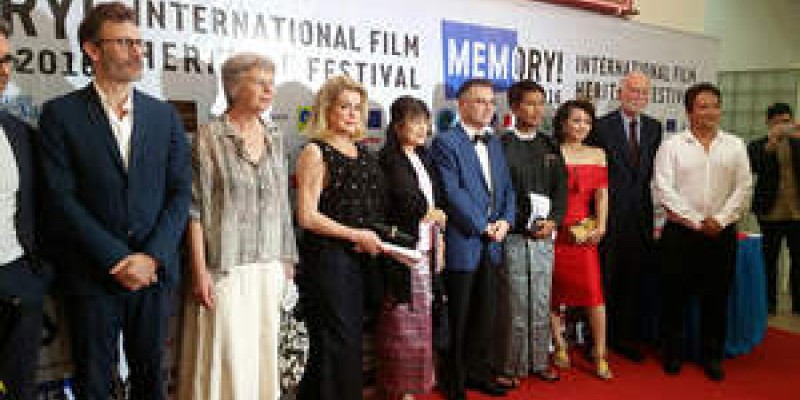 From 4 to 13 November 2016 Myanmar will host the 4th Edition of the MEMORY! International Heritage Film Festival in Yangon. Created in 2013, MEMORY! is a unique international film festival entirely dedicated to audiovisual heritage in Southeast Asia.

This year, within the framework of UNESCO's Memory of the World programme and the celebration of the World Day for Audiovisual Heritage, the universal theme of "It’s your story, don’t lose it" is set by UNESCO to shed light on the richness and the significance of audiovisual heritage in Southeast Asia.

The programme of the festival comprises the screening of over 80 heritage films across the region as well as several workshops and conferences dedicated to the professionals of audiovisual sector.

The French actress and the Ambassador of the festival, Catherine Deneuve, said: “I attended many festivals in the world but MEMORY! is quite unique as it is about the films of the past.”

The festival starts at 6 pm on 4 November with the first screening of the restored heritage film from Myanmar Mya Ga Naing or The Emerald Jungle (1934) by Tin Maung. The festival is entirely free and open to the public.

The UNESCO Memory of the World programme was established in 1992 to protect and safeguard world’s documentary heritage and ensure universal access to it for the benefits of future generations.

• Video on a chronological sampling of audio, radio, film and television inscriptions on the International UNESCO Memory of the World Register.

Memory of the World
heritage
Myanmar