Media reform and freedom of expression in the spotlight in Myanmar 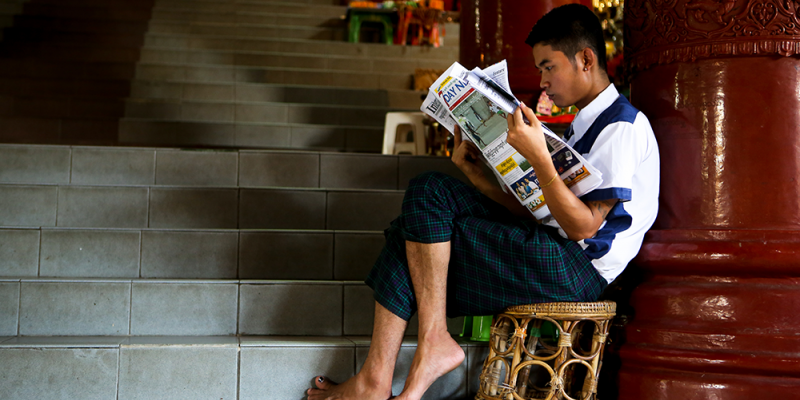 Media reform and freedom of expression in the spotlight in Myanmar

In the context of increasing mistrust between journalists and Myanmar authorities, UNESCO in collaboration with the Ministry of Information, local and international media organizations, and civil-society organizations held the 7th Myanmar Media Development Conference on 5 December, 2018. The annual forum opened a dialogue on media reforms for new national stakeholders, including the Supreme Court, the police, the Ministry of Defence and the National Human Rights Commission.

Under the title ‘Building effective partnerships for Myanmar’s Media Development’, the forum served as a call to all stakeholders to work together to reform legislation that restricts freedom of expression, set up mechanisms to ensure the safety of journalists, speed up the implementation of the Broadcasting Law and support independent media’s sustainability. More than 250 representatives from the media, CSOs, government, military, judiciary and Parliament participated in the conference in Nay Pyi Taw.

Authorities have faced strong criticism for their treatment of journalists, especially since the arrest and prison sentences of the two Reuters reporters, who were arrested in December 2017, for violating the colonial-era law Official Secrets Act. Union Minister of Information HE Dr Pe Myint acknowledged in his opening remarks the ‘lack of effective collaboration between the media and the government during the last two years’.

It is in this environment that the 7th Media Development Conference was held, aiming at building bridges between media and authorities and initiating a dialogue with sectors of the government besides the Ministry of Information, with the purpose of pushing forward the media reform agenda and advancing freedom of expression and access to information.

UNESCO Myanmar’s Head of Office, Min Jeong Kim, reminded stakeholders of the vital role that media play in Myanmar’s transition ‘as the fourth pillar of democracy, the media, which ensures that people are kept informed and ensures transparency in the working of all the other three pillars. When any of these pillars fails to work properly, democracy is not fully functional.’

Speakers in the four panel discussions at the conference included local journalists, members of the Press Council, media owners, police, military officers, lawyers, media owners and international experts. The debates led to a series of proposals to establish regular mechanisms of collaboration to overcome the challenges that are hampering the advancement of freedom of expression in Myanmar. Partners involved in the conference will continue the discussion in coming months to work towards the realization of those proposals.

‘The starting point for a democratic society must be that journalists can do their job without the risk of being harassed, threatened or prosecuted,’ said Staffan Herrstrom, Ambassador of the Kingdom of Sweden to Myanmar.