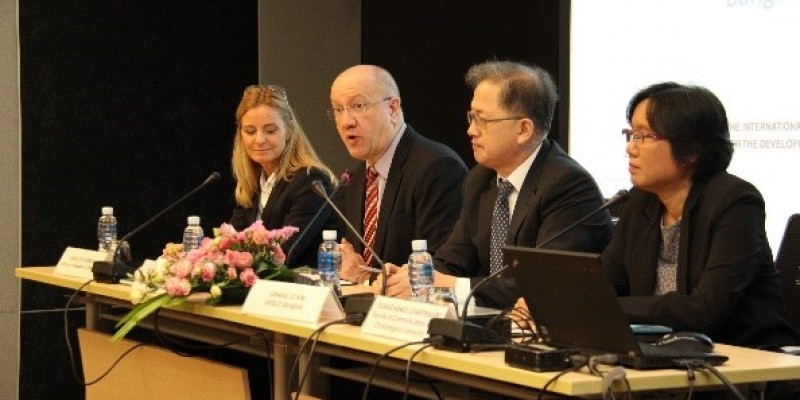 The spirited discussion that took place at the launch of the Thai translation of UNESCO’s Media Development Indicators (MDI) spoke to the timeliness of the tool’s release in Thailand, as reforms are underway that could have a tremendous impact on the future of Thailand’s media sector.

Thai media stakeholders, media communications experts and development partners gathered at the Pathumwan Princess Hotel for the launch on 25 January.

The MDI are a diagnostic tool that have been used to carry out assessments of media sectors in 17 countries and inform media development strategies and policies.

Luc Stevens, UN Resident coordinator in Thailand, said that the country could also benefit from using the MDI as an input into ongoing reform plans.

“Thailand is in the midst of a challenging and contentious political transition process… and media are critical to ensuring the credibility of information and analysis, to build bridges across diverse groups, and to work hand-in-hand with others in moving the country forward,” said Mr Stevens.

The extent to which Thai media have been fulfilling this role was discussed by panellists at a discussion held as part of the launch. Pirongrong Ramasoota, from Chulalongkorn University’s Faculty of Communication Arts, voiced what she said is a common critique of Thai media: that they often engage in partisan reporting and worsen societal divisions.

“In Thailand there is a deep mistrust concerning the media from both sides, the government and society,” she said. One factor in this has been the “excess politicization of the media during the colour-coded political turmoil”, referring to the country’s “red” and “yellow” shirt political movements, as well as failures to rein in such distorted reporting.

The question of how to address these issues and rebuild trust in the national media was one of the main points of discussion at the launch. 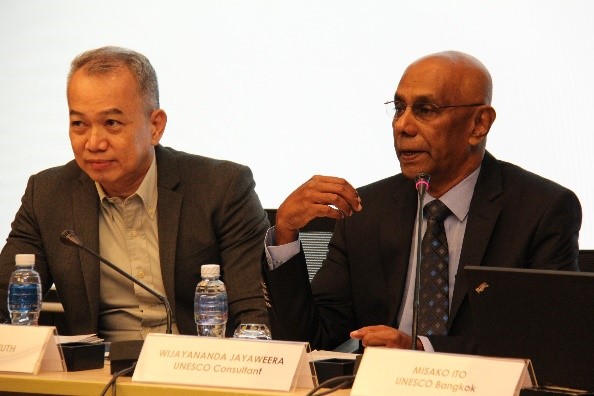 In his keynote speech, Jayaweera Wijayananda, former director of UNESCO’s Media Development Division, outlined the essential importance of free media to a country’s progress. “For democracies to work … constantly negotiated consent between all segments of the citizenry, businesses and the government [is needed],” he said. “This cannot happen without a public service oriented media system, which is free from vested political and business interests, enjoys complete editorial independence and is pluralistic in their representation and coverage of issues.”

Likewise, Charlotta Bredberg, Senior Programme Manager at the Swedish Embassy in Thailand’s Development Cooperation Section Human Rights & Democracy, said that media play a crucial role in supporting development objectives. “Without a diverse, independent and pluralistic media environment … debate will not flourish and governments will not be held accountable for their actions by the wider population.” 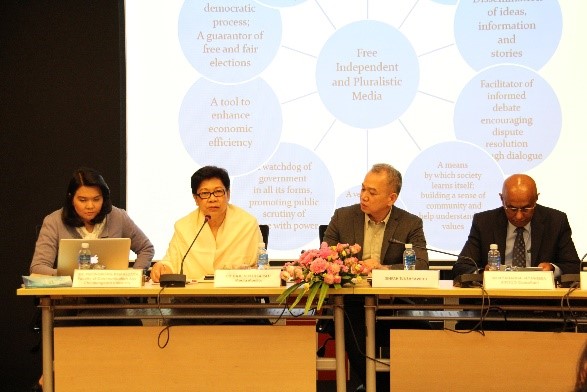 In Thailand’s case, Dr Pirongrong said there are numerous challenges standing in the way of the ideals expressed by the international experts. She said the country had progressive media reforms with the 1997 constitution, but that these failed to have a lasting legacy due in part to deficits in the application of the law, the challenges posed by media ownership structures, and a lack of a deep understanding of the functions of media and it’s potentially powerful social role on the part of governments and society.

Uajit Virojtrairatt, Director of the project Media Monitor, said that the main challenges for Thailand’s media are to change current media ownership structures, encourage dialogue on the importance of having a public broadcasting service “that is not state-owned” as well as promote media and information literacy to deepen public understanding of media’s role in society. 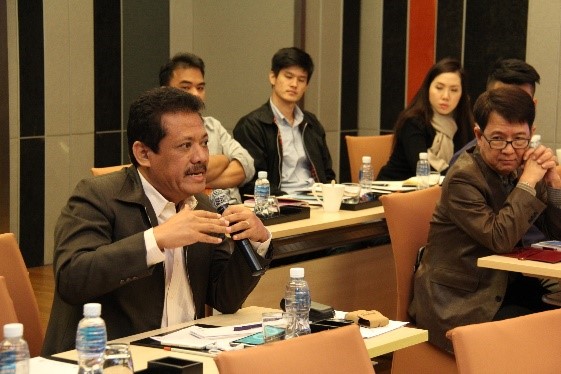 The panellists pointed out that the current government’s reform plans do not acknowledge media development as a priority, rather they focus more on control of the content media produce.

In such a challenging and politically charged atmosphere, Dr Uajit said, the MDI can play a valuable role. “Promoting UNESCO’s media development indicators among various groups in Thailand could help open up the dialogue,” she said.

Mr Stevens said the MDIs, which have been endorsed by UNESCO member countries, including Thailand, can help stakeholders “agree on a healthy balance between political considerations and the public’s increasing demand for a more participatory, transparent and accountable government”. They can also ensure “that the reform process at hand bolsters fundamental freedoms and human rights”, he said. 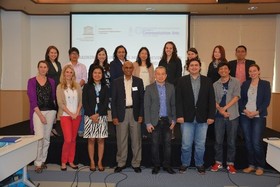 The launch event was followed by a training programme on the Thai version of the MDI targeting journalists, researchers as well as representatives of the regulatory agency and ministries from 25-27 January 2016. The project is part of UNESCO’s efforts to strengthen free and independent media in Thailand and was conducted with the support of the Swedish government.

- Plurality and Diversity of Media