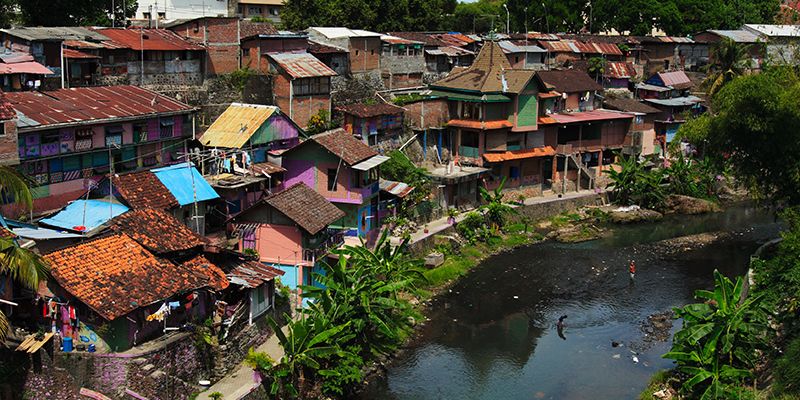 The lake at the Faculty of Education of the Royal University of Phnom Penh (RUPP) was in a dire state, a polluted blight at an institution that serves not only as a centre of learning but also as an integral part of the local community. For many years, people have used the grounds to exercise and meet their friends, among many other aspects of everyday life in Cambodia’s capital.

That community aspect was what ultimately motivated the clean-up, as a group of 50 students organized to restore the site. They identified plants that could absorb pollution and oxygenate the water in combination with the installation of a solar-powered pump. ‘The students were eager and ready to cooperate,’ said Dr Soth Sok, RUPP’s dean of education. ‘Many challenges were faced however.’ The pump broke, new students and faculty came while others left, and it was difficult to keep the project going. But after a new pump was installed and the waters revitalized, a small café was opened on the edge of the lake, which has become a new social centre for students, teachers and members of the general public.

RUPP’s experience illustrates key themes of Education for Sustainable Development (ESD). Among those crucial lessons is that community and the environment are inseparably bound, so that when one prospers, so often does the other. The durability of a project is only as strong as the cooperation of its participants. And, quite literally, the work is never done. 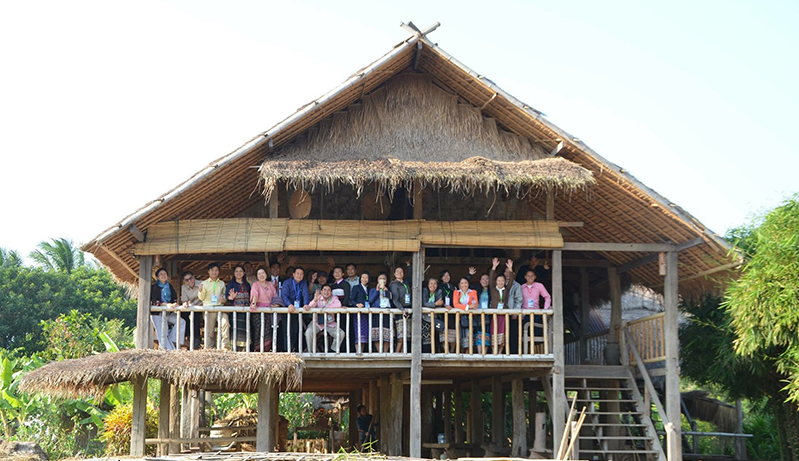 ESD projects across the region confront their own unique circumstances and challenges, but they are united by such common themes. The recognition of that commonality – that participants have a lot to learn from each other – was at the core of the recent initiative ‘Integrating Education for Sustainable Development (ESD) in teacher education in South-East Asia’. Carried out by UNESCO Bangkok in cooperation with the Southeast Asian Ministers of Education Organization (SEAMEO), the project was launched at a workshop in Chiang Rai, Thailand in June 2017, with a subsequent project review in Bangkok in April 2018 bringing together educators representing 18 institutions in Cambodia, Indonesia, Lao PDR, Philippines and Thailand. The project was made possible with funding from the Government of Japan.

The project participants all brought with them ‘Stories of Change’ relating their experiences and showing a number of similar successes as well as obstacles when trying to integrate ESD into their institutions and communities. The resulting network of teachers all have unique experiences and challenges to face, but they have found commonalities as well. One of those shared ideas, summed up by Dr Soth from RUPP, is perceiving ESD as ‘a way of educating that is not cutting short the potential of future generations’.

The success of the network lies not simply in the shared actions of the participants, but also through the knowledge and support gained from each other. They have kept close contact through a WhatsApp group created after the project review workshop. Through the messaging app, participants have been able to continue to share their successful ESD projects that are taking place in each of their institutions and communities.

It seems clear that ESD is not always easy to define, and there are also many challenges when trying to integrate ESD into institutions. It is also clear that there must be real-world consequences for ESD to be worthwhile. Projects and courses can be conceptualized, but there must be tangible results in the lives of students and their communities outside the classroom.

Members of the ESD teachers’ network have also faced difficulties in trying to implement their ideas and projects, often because people are not always able to clearly identify what ESD is. Indeed, some participants of the project were unaware of what ESD was before joining the project, yet are now carrying out relevant strategies in each of their own universities.

Just as at RUPP, the teachers’ projects provide demonstrations of grounding ESD in the real world – and another common thread was the emphasis on water-related environmental issues. In an example at Lao PDR at Luang Prabang Teacher Training College, taking care of waste had been a major problem on the campus as it is located next to a river, with residents and students often dumping trash into the water. Now each week, more than 800 students meet to manage the waste and generally clean the campus facilities.

In a similar vein, one of the most well-established initiatives presented to the network came from Gadjah Mada University in Indonesia, which inspired community movements like the River Restoration Movement and Rainwater Harvesting Movement, created by Dr Agus Maryono, a water management resource expert. Dr Agus began to connect communities living along Indonesian rivers using WhatsApp, allowing them to share conservation information and activities related to the waterways in a network now including more than 20 groups. There are also more than 20 ‘river schools’ and 58 River Restoration Movement networks involving more than 150 communities across Indonesia, with the First Secretariat hosted at Gadjah Mada University.

In Indonesia, which has long suffered from chronically polluted waterways on thousands of islands, the River Restoration Movement has become a model of putting related elements of ESD into practice. The Rainwater Harvesting Movement has also gained popularity because it addresses water scarcity in the dry season and flooding during the rains, providing a free and clean source of water regardless of the pollution levels. Through coordination of diverse communities, the initiative has both rehabilitated the environment and fostered the social cohesion needed to make the solutions sustainable in the future. Those themes permeate throughout the new ESD network of teacher educators. As Dr Agus summed up the thoughts of many: ‘We are doing real action for a sustainable life, and taking responsibilities for present and future generations.’