Literacy rates rise from one generation to next, but challenges remain in region 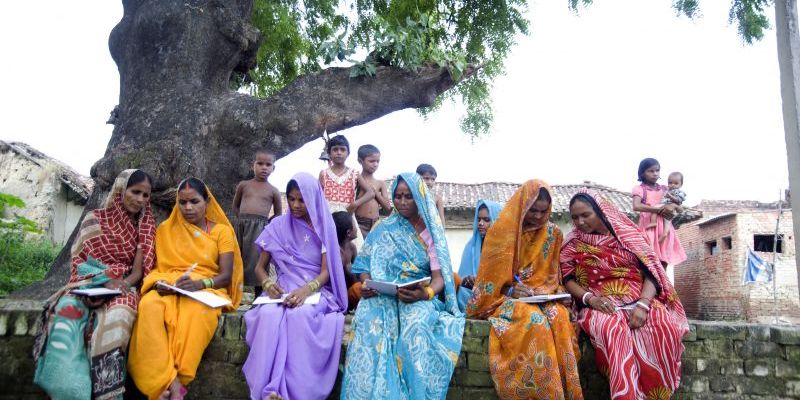 Literacy rates rise from one generation to next, but challenges remain in region

In 2016, the global literacy rate among adults (aged 15 and up) reached 86%, and 91% among youth (15-24 years old), according to the newly released fact sheet from the UNESCO Institute for Statistics (UIS), “Literacy Rates Continue to Rise from One Generation to the Next”. Yet, 102 million youth and 750 million adults – two-thirds of whom were women – lacked basic reading and writing skills.

Literacy Trends in the Asia-Pacific region

Despite this remarkable progress, the region is still home to a huge number (more than 68%) of the world’s illiterate adults. South Asia alone is home to almost half of the global illiterate population (49%), while 10% live in East and South-East Asia, and 9% in West Asia, with the latter two sub-regions home to nearly one-fifth of the world’s illiterate adults. In West Asia and South Asia, adult women are up to six times less likely than men to have basic reading and writing skills. 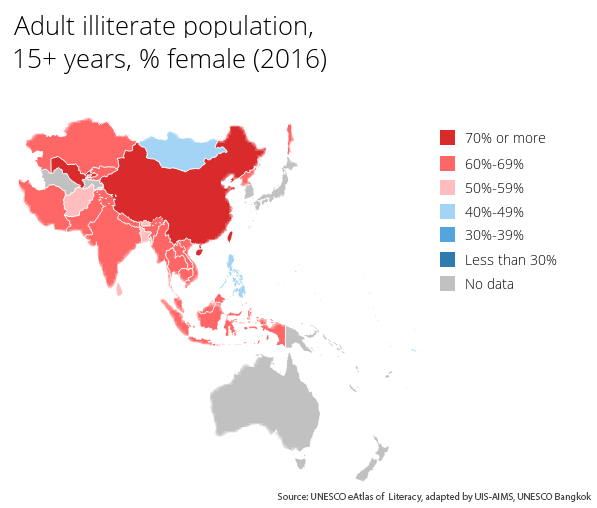 Literacy Rates from One Generation to the Next

Comparing the literacy rates of elderly people (over the age of 65) with those of youth demonstrates the magnitude of the progress made over the past 50 years. In 2016, 84% of the elderly in East and South-East Asia were literate, along with 42% in South Asia and 53% in West Asia. At the same time, only 10% of the youth population were illiterate in West Asia, 9% in South Asia and about 1% in East and South-East Asia. This generational progress is most apparent for women in South Asia, where only 27% of elderly women are literate compared to 86% of female youth.

This disparity indicates significant progress in this region. In particular, Bhutan and Nepal saw the most significant increase in reading and writing skills among their population over the last 50 years. Only one in seven elderly people is able to read and write in Bhutan, and one in five in Nepal, while six out of seven youth in Bhutan and four out of five in Nepal are literate. This achievement is mainly due to increased access to primary schooling.

The majority of countries missed the Education for All (EFA) goal of reducing adult illiteracy rates by 50% between 2000 and 2015, according to UIS data. Maintaining the momentum of increasing literacy rates is key to ensuring that all age groups, both men and women, achieve literacy and numeracy to meet the SDG literacy goal by 2030.

This information has been made available by the UIS to celebrate International Literacy Day on 8 September 2017 and to present an overview of national, regional and global trends over the past five decades. The data on literacy can be retrieved via the UNESCO eAtlas of Literacy as well as UIS Data Centre, which provides internationally comparable data on education, science and technology, culture and communication for more than 200 countries and territories worldwide.

Should you have any inquires, contact us at aims.bgk[at]unesco.org.