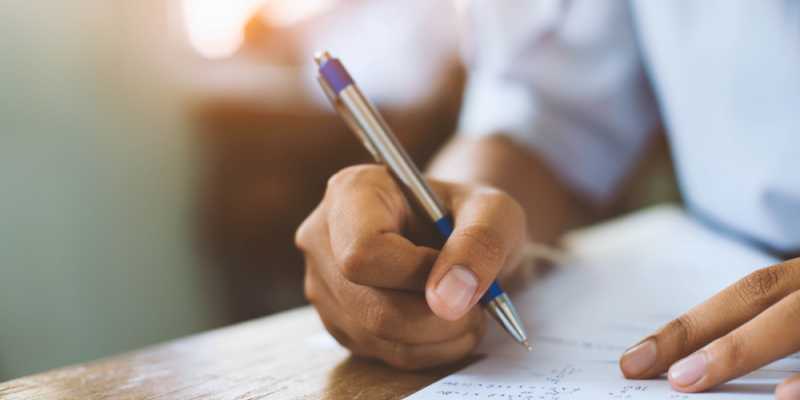 How do literacy rates fare over 50 years after declaring the 8th September as the International Literacy Day? According to the latest data from the UNESCO Institute for Statistics, around the globe, over 750 million youth (15-24 years old) and adults (15+ years old) are considered illiterate in their mother tongue. Out of those millions, Asia and the Pacific register over 446 million illiterate youth and adults – more than half of the global illiterate population. While the youth generation in Central Asia and East Asia has achieved nearly universal literacy, a vast illiterate population remains in South and West Asia with more than 369 million youth and adults combined. That is 48% of the world’s youth and adult population.

Source: UNESCO, 2018. Paving the Road to Education 2030. With data from UNESCO Institute for Statistics, UIS.Stat (data.uis.unesco.org).

Based on UIS data, in this subregion, the greatest challenges in acquiring literacy skills remain among adult females (UNESCO, 2018. Paving the Road to Education 2030). Only 59% of women of the ages 15 and above can read and write, compared to 78% of men. However, there is also a positive trend for the South and West Asian where the gender gap is slowly but progressively closing between male and female youth.

Yet, to support acquiring and retaining literacy skills among all youth and a substantial proportion of adults by 2030, countries must do more than distinguishing between literate and illiterate populations.

Indicator 4.6.1: proportion of a population in a given age group achieving at least a fixed level of proficiency in functional (a) literacy and (b) numeracy skills, by sex.

The SDGs have pushed the international education community and experts to re-think the term ‘literacy’ beyond the ability to read and write a simple statement and having basic arithmetic skills (numeracy). That definition was far too simplistic to capture the complexity of both reading/writing skills and arithmetic skills.

With a changed definition, the UNESCO Institute for Statistics (UIS) rang the alarm last year when the most recent data on reading and mathematics revealed that six out of ten (more than 600 million) children and adolescents between the ages of 5 and 14 worldwide did not reach minimum proficiency. Out of those, 228 million are home to Central and Southern Asia. These millions of children and adolescents will become youth and adults, but unable to take part fully in the social and economic life, because of lacking functional reading, writing and calculation skills.

Figure 2: Proportion of children and adolescents not achieving MPLs in mathematics and reading, by SDG region 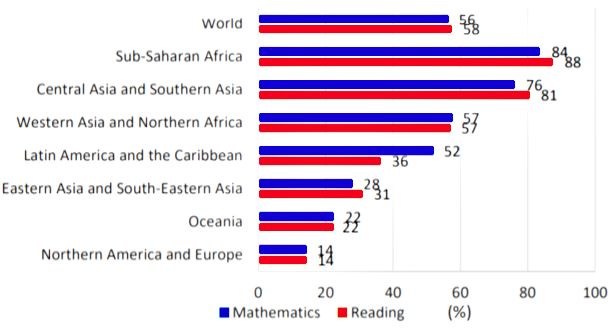 Source: UIS, 2017. More Than One-Half of Children and Adolescents Are Not Learning Worldwide. Fact Sheet No. 46.

Another key word here is ‘functional’. While functional literacy and numeracy can turn out to be interpreted differently in different cultures and by different institutions, by UIS’s standard the term ‘functional’ involves a continuum of skills that is understood to increase and expand over time as individuals age and interact more and more with society.

“Literacy involves a continuum of learning in enabling individuals to achieve their goals, to develop their knowledge and potential, and to participate fully in their community and wider society.”

The challenge with measuring proficiency

In addition to capturing functional skills, indicator 4.6.1 defines at least a fixed level of proficiency in functional literacy and numeracy skills. This least or minimum proficiency level will be measured relative to common scales currently being developed.

This is also were additional methodological challenges are to be tackled. The indicator can be interpreted as:

The latter needs mapping of performance levels in comparison to globally-defined minimum proficiency levels due to the heterogeneity in national assessments.

To date, there is no universally acknowledged standard by the international community for a minimum proficiency threshold. The current data, as presented above, originates from various institutions specialized in cross-national household-based surveys of youth and adult populations, but have varying proficiency levels thresholds.

As the custodian agency for indicator 4.6.1, the UIS is working with partners through the Global Alliance to Monitor Learning (GAML) to expand the reporting options for countries. As shown in a recent paper, one option to generate a set of tools to better reflect the situation and needs of countries with lower levels of literacy and numeracy may be to expand the Program for the International Assessment of Adult Competencies (PIAAC) framework.

Yet, these assessments can turn out costly and complex to administer. Originally developed for low-income and lower middle-income countries, an adapted version of the UIS Literacy Assessment and Monitoring Program (LAMP), the Mini-LAMP, offers a streamlined set of field-tested tools for flexible and needs-specific literacy and numeracy assessments.

Methods to monitor and assess literacy and numeracy, also with a perspective on financial restraints, will be discussed by countries and partners at the next GAML meeting in October 2018.