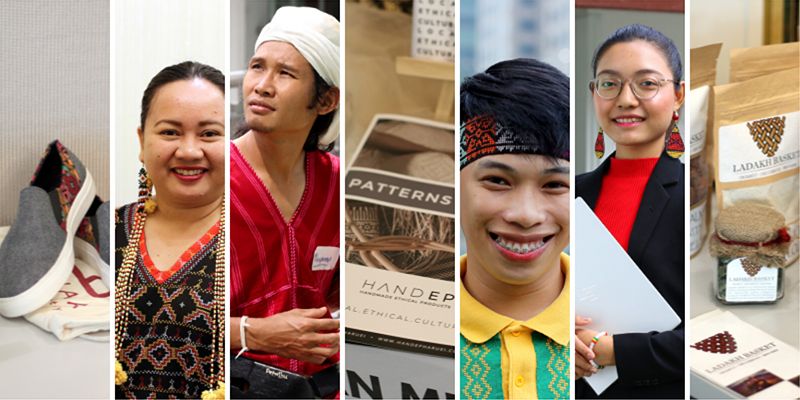 After seeing a family member get into a fight over a sack of rice, Jal Mustari knew he had to do something to help his community. In 2017, he was only 20 when his home Marawi City was besieged by Islamic State-related militants for nearly five months.

As a member of the Maranao indigenous minority group in the southern Philippines, Mustari had already experienced various forms of discrimination, both legally and socially. The siege, which has displaced tens of thousands of people from the beginning of the conflict to the present day, made these problems even worse.

“It created a negative connotation of people from Marawi among the Philippine community,” Mustari said. “When the siege broke out in Marawi City and people were forced to evacuate to nearby cities ... People in those cities rejected us because they have their negative connotations that we’re terrorists.”

In some countries, indigenous communities enjoy legal recognition, but in others they are invisible to the law. Often, the simple use and applicability of the term “indigenous peoples” remains contentious.

This lack of recognition and access to rights means indigenous peoples experience a range of problems associated with their marginalized socioeconomic status, their interaction with other cultural groups and changes in their environments. These problems often include loss of culture, educational barriers and land rights issues.

Lacking proper representation in government and elsewhere, indigenous youth – defined as people between the ages of 15 and 30 – living in the Asia-Pacific region such as Mustari have stepped up to tackle these challenges themselves. Through local and national indigenous youth networks and organizations such as the Thongkla Youth Network in Thailand, the Cambodian Indigenous Youth Association and numerous others, young indigenous people increasingly have platforms to voice their concerns to decision-makers in local and national governments.

At the regional level UNESCO and the Asia Indigenous Peoples Pact (AIPP) support the Asia Indigenous Youth Platform to provide opportunities for young activists to connect with each other. Aside from traditional activism, there is a growing movement of young indigenous leaders who are seeking more business-minded and innovative solutions. Through business ventures, young indigenous social entrepreneurs are able to generate income for and support people with whom they work, while at the same time preserving traditional practices and cultures.

In late January, nearly 30 young people from across the Asia-Pacific region gathered in Bangkok, Thailand to attend the Regional Dialogue on Young Indigenous Social Entrepreneurs, a three-day event co-organized by UNDP’s Youth Co:Lab initiative, UNESCO and the AIPP. They were able to strengthen and upscale their social enterprises, which range from the production and sale of fashion accessories to farming and agricultural innovations.

Mustari, who is now 23 and attended the dialogue, is part of this movement of young indigenous social entrepreneurs. Through his social enterprise, Aretes Style, Mustari works with internally displaced persons to produce fashion accessories using langkit, a woven material traditionally used by Maranaos.

The project provides economic opportunities to the community, while also helping to preserve a culture that is endangered. Additionally, the staff of Aretes Style provide counseling and mental health services to people with whom they work, many of whom suffer from post-traumatic stress disorder.

“It’s been three years [since the siege of Marawi] and victims still have a hard time coping, especially in terms of finances,” Mustari said. “I’ve initiated Aretes Style to give them a chance to live, and give them economic opportunity so they can put food on their table ... And I believe a peaceful person needs a peaceful stomach.”

Joining Mustari at the Regional Dialogue was Randi Julian Miranda, a 27-year-old indigenous Dayak from Indonesian Borneo, whose community faces a different set of challenges. While corporations in Indonesia have bought up and developed lands traditionally occupied by Dayaks for generations, employment opportunities for Miranda’s neighbors have been limited, in part because the education system in their communities is not in line with the formal school system run by Indonesia’s government.

“We are educated in our own way, just not formally educated in accordance with our state standards,” Miranda said. “Companies have requirements for employment, and because the majority haven’t even finished primary school, they can’t apply unless it’s the children of the heads of villages or customary leaders. But only a handful get those opportunities.”

The challenges facing Dayaks reflect broader regional trends that have led to the marginalization of indigenous persons arising from the overdevelopment of traditional lands and educational barriers. Regarding the former, the vast majority of indigenous peoples in the Asia-Pacific region depend on access to land and natural resources for their livelihoods. Despite the international standards and national laws protecting indigenous peoples, many countries in the region fail to properly implement and coordinate these measures.

The loss of land underscores another major trend. Growing up in households that often do not speak the national language fluently and practice different traditions than those prevailing in the culture of “the nation”, indigenous children are often forced to forget their native tongue and culture, or they drop out of school altogether.

Having not completed school, or attending an informal education system, many young indigenous people end up struggling to find work. In the case of Miranda’s peers, many are unable to find jobs with the same companies that are developing their traditional lands.

Young indigenous persons are addressing such issues in a variety of ways. One example is the work being done by Oranee Jariyapotgnam, an indigenous Karen who advocates for the preservation of indigenous languages by teaching children in their first language as well as in Thai in Chiang Mai, Thailand,. “Strengthening language skills will diminish prejudice and discrimination between cultures,” Oranee said.

Miranda has responded to the challenges of land rights, unemployment and education through his social enterprise Handep, which means “the spirit of working together as a community or family”, in the Dayak language. The project empowers indigenous women and farmers who are producing eco-fashion, such as bags and hats made from rattan as well as local agricultural products such as jungle honey and organic rice. The money earned from sales goes towards health and education for the producers.

“There are so many stories of our people getting evicted from their own land by big corporations,” Miranda said. “Even the young people don’t get opportunities to work for the big corporations, except a privileged few. I thought, why can’t we do something local? Why can’t we develop an economic model for villages based on the traditional cultures?”

The challenges that Miranda, Mustari, Oranee and other young indigenous leaders like them are considerable, as they are well aware. In fact, the indigenous youth who attended the Regional Dialogue recognized the importance of starting small, and by building the trust of the indigenous communities they work with, who are often skeptical of their work at first.

“We need to spend lots of time to build trust with each other, because this issue is a very sensitive issue and people take advantage of this as well,” said Sirasar Boonma, a non-indigenous social activist who founded the Hear and Found organization, which promotes the preservation of indigenous music in Thailand. “We aim to create mutual understanding and raise awareness of their values. It takes time.”

It is time that Sirasar and countless others in the region are willing to dedicate. Rather than leave their homes and their cultures behind, they have decided to use their skills and innovativeness to preserve the traditions that they know and love.

David Young is a consultant for UNESCO in Bangkok