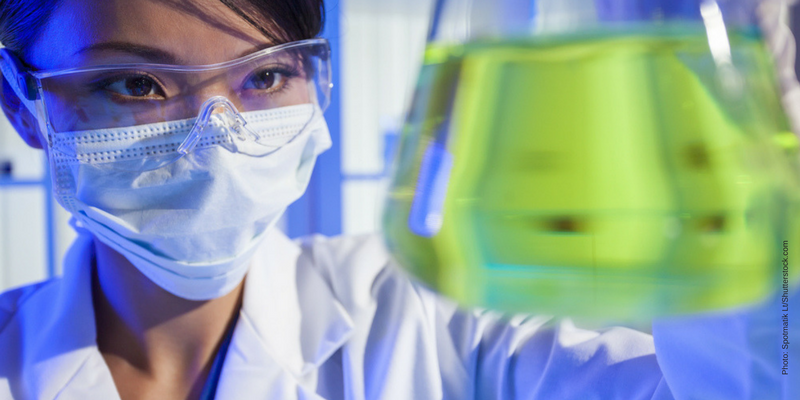 According to the UNESCO Institute for Statistics, more than half of all scientists in Thailand are women — an impressive level of gender equality in the traditionally male-dominated science, technology, engineering and mathematics (STEM) fields.

And yet this doesn’t seem to be the story when you pick up a newspaper or turn on the television. A 2015 UNESCO Bangkok study, for example, showed that women are more likely to be depicted as victims, family figures, and sex objects throughout Asia. A 2014 Thai PBSstudy, meanwhile, found that only 24 per cent of experts interviewed in a month’s worth of mainstream news content were women.

Such depictions not only clash with reality but also limit girls’ ambitions, according to the 2017 study on girls and women’s education in STEM. 'Cracking the Code' argued, “Mass media play an important role in the socialization process, influencing opinions, interests and behaviours… Gender stereotypes portrayed in the media are internalised by children and adults and affect the way they see themselves and others.”

The UN Committee on the Elimination of Discrimination against Women noted last year the “persistence of stereotypical attitudes about the responsibilities of women and men in the family and in society” in Thai media. Among their recommendations was implementing “innovative measures targeting the media to strengthen the understanding of substantive equality of women and men”.

Last year, UNESCO Bangkok launched such an initiative. The Women Make the News – Thailand (WMN) is an online database of Thai female expert sources. Its purpose is to increase the pool of expertise from which journalists can draw from, enabling them to construct a more accurate picture of the contributions women are making in society.

Initially, the database was designed to respond to the areas that a survey of media professionals and experts in Thailand felt were most in need of women’s voices. These included STEM-related fields, ICT, media, and innovation, as well as environment and climate change.

A survey conducted recently by UNESCO found that most journalists preferred a greater diversity of sources in their stories. However, achieving this is a challenge in their deadline-driven environment, where the more familiar – or nearest contact at hand – is usually used.

Veteran Channel 7 reporter Narakorn Tiyayon said that the database responds to a clear need among media professionals. “As journalists, when we want to interview someone, we always think about the same people, but with the WMN online database, we can increase our sources and make women heard and visible,” she said.

Tiyayon was speaking at a recent UNESCO workshop — held with Thailand’s Office of the National Broadcasting and Telecommunication Commission (NBTC) —  which provided an opportunity for media professionals and experts to advance the project and learn practical ways to improve women’s visibility in the media.

The support of the NBTC, responsible for overseeing broadcasting going out to 22 million households, represents a major step forward for the WMN Thailand initiative.

Kamolrat Intararat, executive director, Research Centre of Communication and Development Knowledge Management at Sukhothai Thammathirat Open University, a WMN-Thailand partner, highlighted the database’s impact on putting a spotlight on women in the media. “There are lots of smart women in Thailand who have never been heard before,” she said. “Having this database makes their work more visible in the media and in society.”

Of course, the lack of visibility of women experts in media is not limited to Thailand. What was launched last year as a practical tool for media and advocacy in Thailand has the potential to be upscaled throughout Southeast Asia and throughout the Asia-Pacific region. The project can be expanded to ensure the contributions of women experts receive better attention.

Ms Misako Ito is the Regional Adviser for Communication and Information at UNESCO Bangkok. She can be reached at m.ito [AT] unesco.org.

This piece was first published by SciDev.Net’s Asia & Pacific desk.