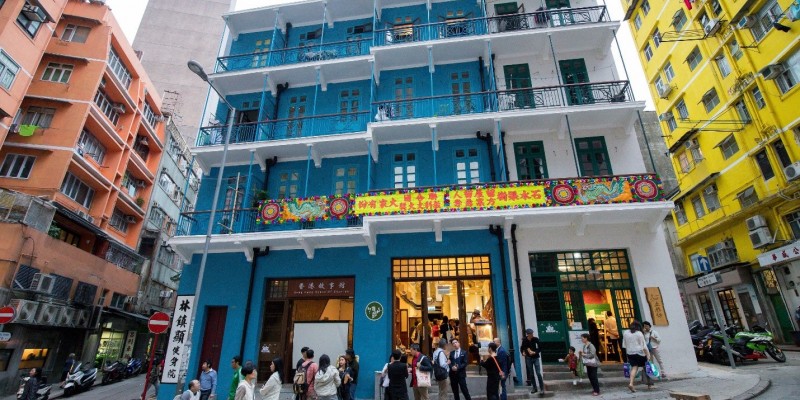 She has called the neighbourhood home for the past 30 years and was understandably proud when she was among the recipients of a certificate to recognize the Viva Blue House receiving the highest honour in UNESCO’s Asia-Pacific Awards for Cultural Heritage Conservation: The Award of Excellence.

The certificate was presented as part of a warm and festive celebration held in the neighbourhood, one of Hong Kong’s oldest.

Ms Szu Mui Huen (pictured below, left) said the project has improved her living environment and made it possible for her to reunite with other family members and bring them all under one roof. “More importantly, it safeguards the rights of original tenants to stay in the community we live in and love,” she said.

The restoration of the Blue House Cluster, a unique collection of three shophouses dating back to the 1920s and 1950s, was the first Hong Kong-based project to receive the Award of Excellence in UNESCO’s Heritage Awards programme. The UNESCO Jury citation for the project was recognized for being a bottom-up, community led and “unprecedented civic effort to protect marginalized local heritage.” 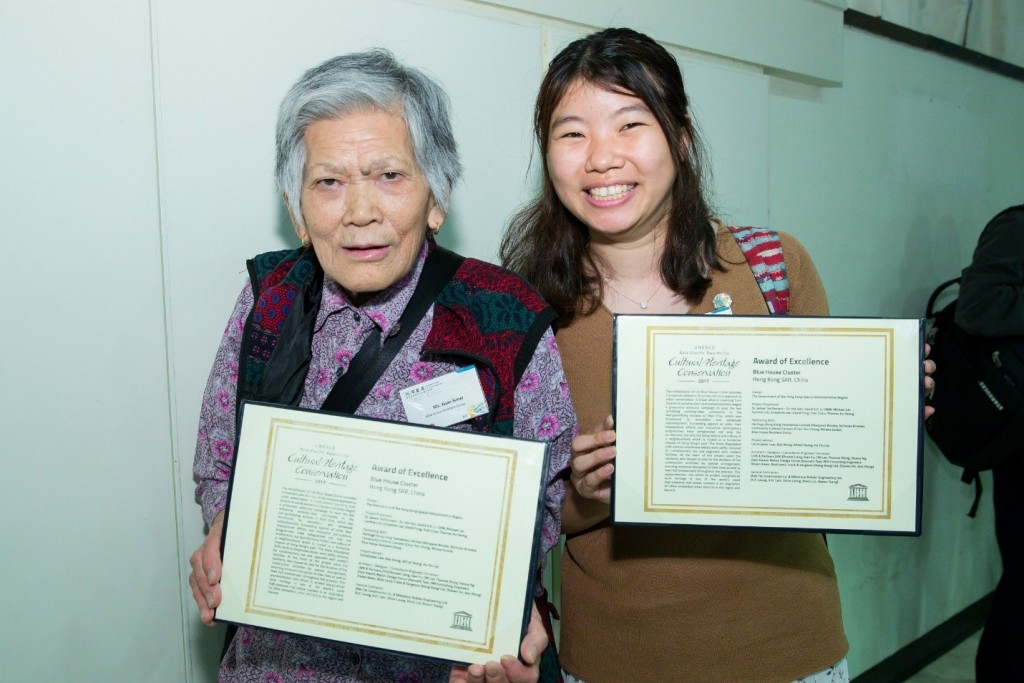 The citation also noted how the Blue House Cluster project “has safeguarded not only the architecture, but also the living history and culture of a neighbourhood” and “is an inspiration for other embattled urban districts in the region and beyond.”

The Blue House currently houses 19 families, eight of whom were on site while renovations took place over the past 10 years. Managed by the St. James’ Settlement, a non-profit organization established in Wan Chai in 1949, the project placed a special emphasis on the revival of the community’s sense of belonging and engagement.

The renovated Blue House provides a moderate but comfortable living space, including an open courtyard for regular community activities; the “House of Stories” where exhibitions about the area and its history are held; and a shop where goods can be purchased using coupons earned by donating time to the community.

Community classes are also regularly organized and attended by residents in the neighbourhood. New residents committed to the community have also arrived – among them Kevin Cheung, who runs an ‘Upcycling’ workshop that turns unwanted products donated by the community into art works and functional products.

The formal ceremony to celebrate the Award of Excellence win was followed by a lion dance performance by neighbourhood children, a film made on the Viva Blue House project, and music performances by community members.

The spirit of community achievement was felt throughout the evening. "I am very much delighted and proud that the Viva Blue House project was given the highest UNESCO award,” said Szu Mui Huen. “It is the best reward for the effort and devotion for all our kaifongs' [community associations] involved in the project over the past 10 years." 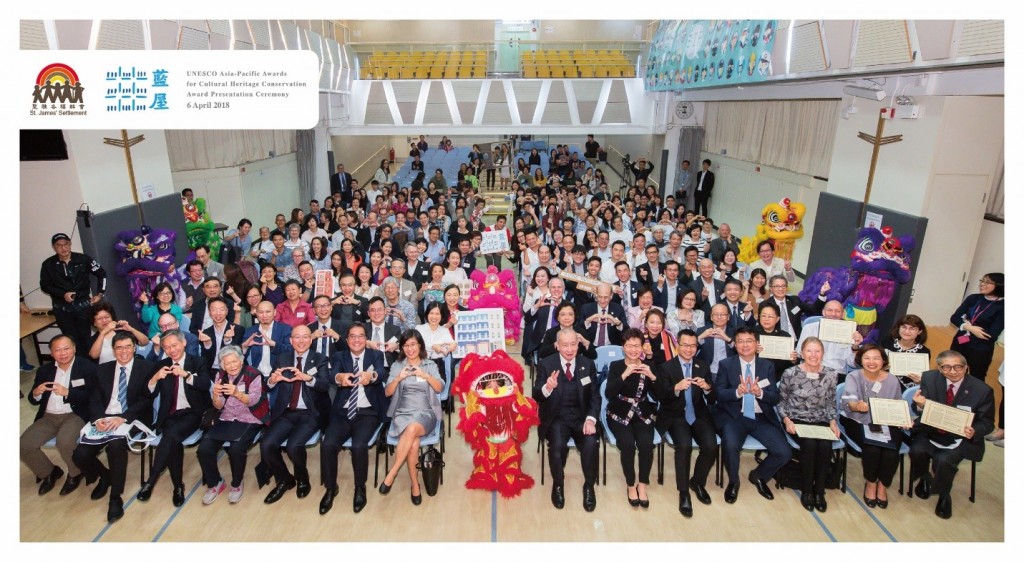