Grants for Documentary Heritage Preservation in the Asia-Pacific Region Announced 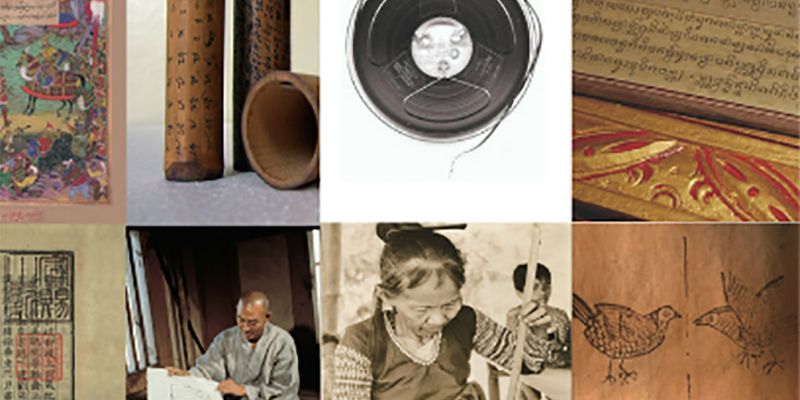 Grants for Documentary Heritage Preservation in the Asia-Pacific Region Announced

The UNESCO Memory of the World Committee for Asia-Pacific (MOWCAP) is pleased to announce the results of the 2020 round of the MOWCAP-Asia Culture Centre (ACC) Grants Program. In 2020 the grants will support eight organizations from the Asia-Pacific region to undertake projects to safeguard and make their documentary heritage collections accessible.

After careful assessment against the grant application criteria (outlined in the Grant Guidelines), the following eight projects were selected:

Two projects from Myanmar were supported: (i)  Myanmar Book Aid and Preservation Foundation and the Universities’ Central Library (University of Yangon) will collaborate to preserve and digitize a very rare collection of photographic prints by Linnaeus Tripe (see image above in this article). The prints date from the 1850s, the very beginning of photography, and depict historic sites from across Myanmar; (ii) The Save Myanmar Film Organization is an NGO dedicated to preserving and sharing the rich cinematic heritage of Myanmar. The NGO works closely with the Myanmar Ministry of Information, and the grant will be used to provide public access to surviving film lists, to catalogue historic films, and to live stream digitized classic films on social media to raise awareness about audio-visual preservation to new audiences.

Two projects from Sri Lanka were supported: (i) The Janamihira Nirmana organisaton and the Library of University of Peradeniya will work together to transcribe a rare indigenous medical palm leaf manuscript (Vāsudēva Nighantuva), then translate and publish it with a commentary in English; (ii) The Chitrasena Kalayathanaya (Dance School) and the Chitrasena Dance Company have played a major role in the development of Sri Lankan dance and dance theatre since the first half of the 20th century. This is reflected in the wealth of documentary heritage in their collection, including program books, cast lists, newspaper articles, photographic images, video and audio recordings, musical scores, props, costumes and costume design illustrations that has been amassed over the last 75 years of its existence. The ACC-MOWCAP grant is being used by the Chitrasena Vajira Dance Foundation to catalogue and digitize  this important collection.

In Indonesia, the Indonesian Museum Music will digitise and make accessible the magazine ‘Aktuil’. This collection is significant as it documents the development of Indonesian music history from a number of genres from 1967 to 1978.

In the Cook Islands, the University of the South Pacific and the Ministry of Cultural Development, will cooperate to continue the digitisation of Cook Islands newspapers from 1981 to 2000, as well as a collection of 65 rare Cook Islands books dating back to the 1840s. Once digitization is complete it will be announced to the public to encourage the community, schools, universities and researchers to utilize these valuable digitized collections..

In Mongolia, the Cultural Heritage Council for Networking and Communication will develop a website for promotion and dissemination of the documentary heritage of Mongolia. As of 2020, a total of six (6) collections from Mongolia have been listed on the international and regional MOW registers. This project will provide  access to information about these collections and their significance in Mongolian and English.

In Malaysia, the World Heritage Moving Image Centre (WHMIC) will hold a celebration of the World Day for Audio-visual Heritage on the 27 October 2020.  The General Conference of UNESCO approved the commemoration of a World Day for Audio-visual Heritage in 2005. This is a mechanism to raise general awareness of the need to preserve and safeguard important audio-visual material for future generations, and the need for urgent measures to be taken to conserve this heritage and ensure it remains accessible to the public now, and for future generations. The WHMIC will arrange a number of events to raise awareness about audio heritage preservation in Malaysia, and will also launch a publication that was developed with the support of the MOWCAP-ACC grants in 2019.

“The projects supported under the 2020 MOWCAP-ACC grants, and the large number of applications received from across the region, demonstrates the broad range of amazing work being done in our region to preserve and share our documentary heritage. I sincerely thank our partner, the Asia Culture Centre, whose support has made these grants possible, and also the Asia Culture Institute, who have supported the administration of the grants through the MOWCAP Office. MOWCAP congratulates the successful organisations and encourages applications for the next funding round which will open in 2021.”

Quote from the Acting President of the ACC: Mr. Park, Taeyoung

“Congratulations to all the successful organisations. The Asia-Pacific is home to inexhaustible sources of cultural treasures. However, we have yet to fully avail ourselves of those cultural riches. Their work to capture the memory of our region, expressed through its diverse documentary heritage, ensures that future generations can appreciate and understand our regions varied and diverse history for many years to come. We will utilize them as sources of cultural resources to develop new original content and foster new cultural values for all of the region.”

Quote from the President of the Asia Culture Institute (ACI): Mr. Lee, Gipyo