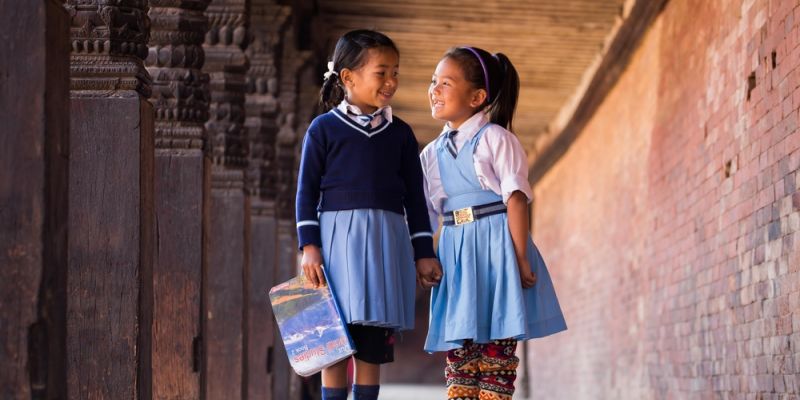 This International Day of the Girl Child, it is important to share some good news to break through the bad. Over the past 25 years, there has been an increase in girls’ primary completion rates of 20 percentage points. Globally, 87% of girls are now completing primary school, compared to 67% back in 1995. The gender gap has been slashed, as this progress has favoured girls. 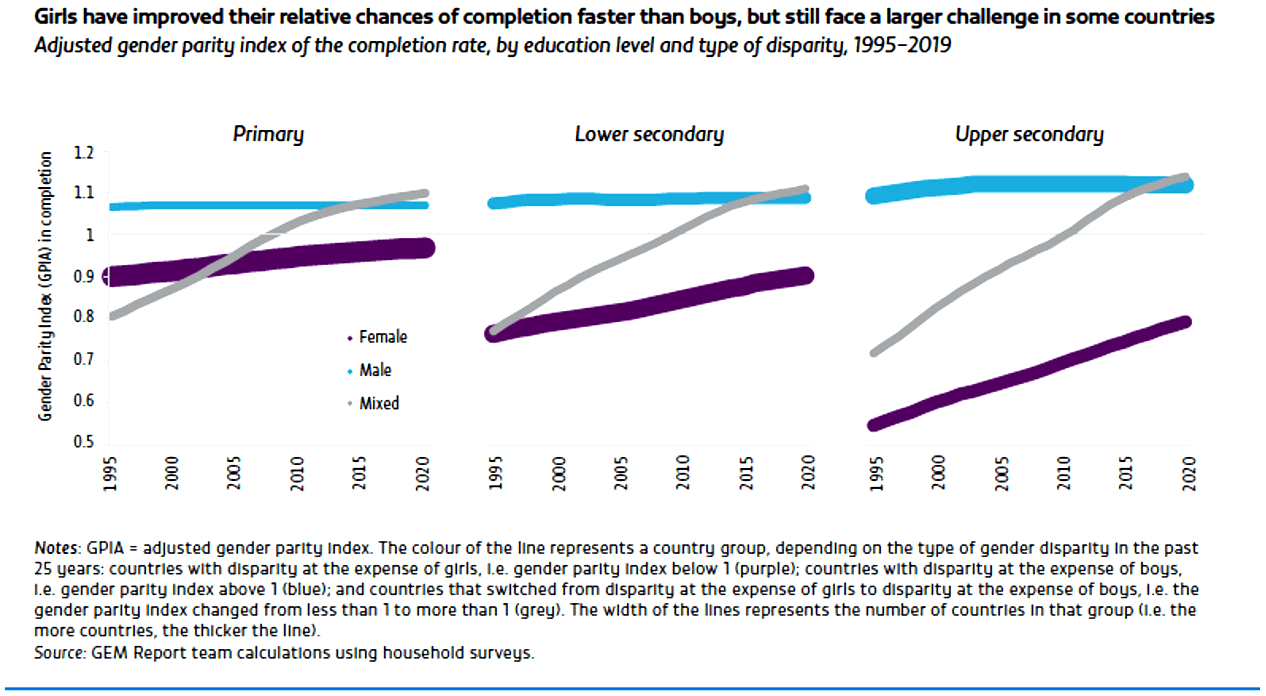 The most impressive progress has been in Central and Southern Asia, where just over half of all girls completed primary school in 1995, compared to 90% of the current generation.

Even sub-Saharan Africa – the region with the highest out of school rates – has made strides with girls’ primary  completion rates increasing from 41% to 66%. While the country faces new challenges today, looking back over this 25-year period, Ethiopia stands out: in 1995, for every 100 boys completing school in the country, only 60 girls would do so; twenty-five years later, girls’ completion rates have overtaken those of boys. The gains are not limited to primary school; in Northern Africa and Western Asia, female completion rates in lower secondary education rose from 39% in 1995 to 74% in two decades.

One country defying expectations is Nepal. Back in 1995, less than a quarter of girls – 22% – were completing primary school, while well over three-quarters – 81% – do today. There is now gender parity in primary education in the country, which was achieved thanks to significant improvements in services for sexual and reproductive health and rights, economic empowerment, and protection of women in the country.

Behind these stories, of course, are others, where progress is still languishing, and where much of the focus of today’s International Day will no doubt focus.

The World Inequality Database on Education (WIDE), jointly managed by the GEM Report and the UNESCO Institute for Statistics, shows breakdowns of multiple education statistics by different variables, including gender, poverty and location. You can clearly see the countries that are falling behind. It shows that in 20 countries, mostly in sub-Saharan Africa, but also in Haiti, Papua New Guinea and Pakistan, hardly any poor, rural young women have completed upper secondary school.

Mapping countries next to each other in this way means we can also compare one’s progress against others. Afghanistan, for example, may have seen large absolute gains both for girls and boys, but remains one generation behind India, reaching in 2019 the level at which India began in 1995. We have to hope the trajectory continues on the rise under its new regime, rather than the reverse. 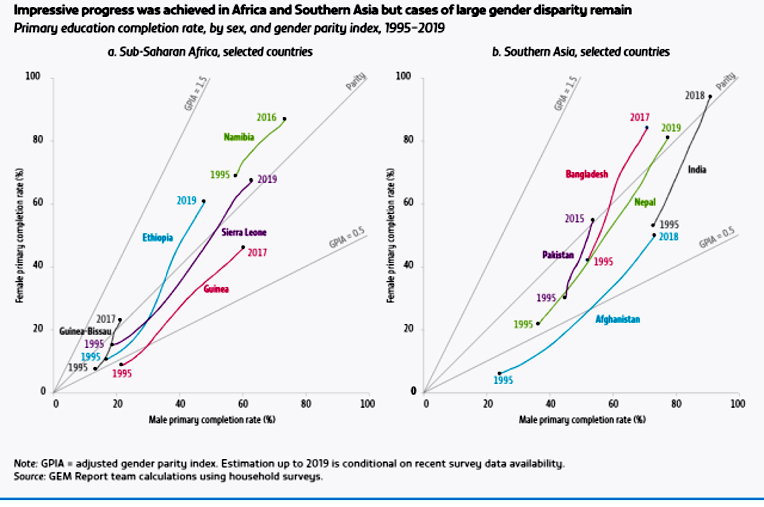 At the global level, however, there is no denying that there is much to celebrate. Indeed, progress has been such that it may be time for a day for boys to start recurring in our inboxes, who have been overtaken by girls in many countries. In Bangladesh for example, girls were at a disadvantage in 1995 but their chances of completing primary school overtook boys’ by the mid-2000s. In India, Kenya and South Africa, too, more girls than boys are now completing secondary education than boys. In Egypt, Iraq and Tunisia, the rates also advanced to such an extent that boys in the secondary level are now left at a disadvantage.

Statistics may seem like just numbers, but over time they paint a picture of the reality for children the world over. Take a look at our WIDE database to see how times are changing. We must take time to celebrate the successes just as we continue to advocate for change where it is needed.

*The article was originally posted in World Education Blog, 11 October 2021