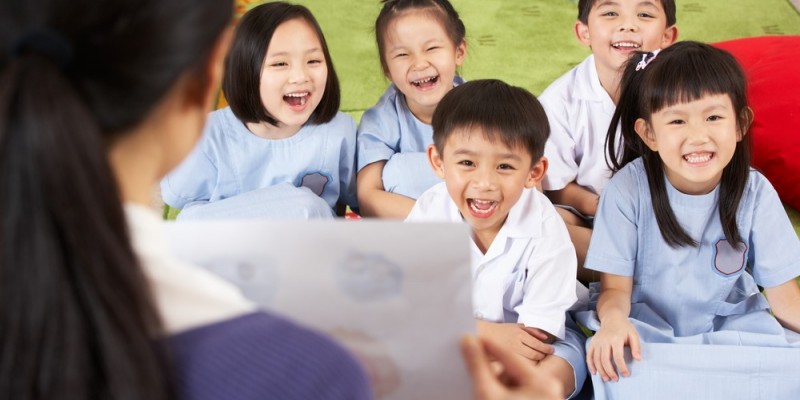 Teachers inspire and empower – they can also discourage and impose limitations, regardless of whether they are making a conscious effort to do so. In Asia, where millions of girls find themselves either on the sidelines of education or excluded entirely, this role of teachers in perpetuating or actively combating gender inequality is especially critical.

As Libing Wang, Chief of Section for Educational Innovation and Skills Development at UNESCO Bangkok, notes, when it comes to addressing gender disparities in education, the role of teachers is of paramount importance.

“You can have gender-sensitive curriculum, textbooks and all of the most up to date resources at schools’ disposal, but if teachers do not understand and believe in gender sensitive education, you won’t have gender sensitive classrooms,” he says. “That is the heart of the issue – but addressing it is no simple matter. Many aspects need to be examined, from the broadest policy level to individual classrooms.”

The five-year project was launched in 2015, fittingly the same year that saw the international community commit to the Agenda for Sustainable Development and specifically Sustainable Development Goal (SDG) 5 on promoting gender equality and empowering all women and girls, and target 5 of SDG4, which calls for the elimination of gender disparities in education by 2030.

The first phase of the project, which falls under the UNESCO-HNA Partnership for Girls’ and Women’s Education, includes assessments of gender responsiveness of teacher education institutions, teacher education curriculum and textbook development policies, teaching practices as well as teaching and learning materials used for teacher education and in schools.

A thorough understanding of the level of gender awareness and gender sensitivity in education systems is a prerequisite to positive action. UNESCO supported national training workshops in the five countries on a set of six tools to conduct gender assessments of curriculum, textbooks, teacher training materials and teaching practices.

The in-country trainings were very useful in helping to dispel distortions and confusion around the concept of gender equality among participants.

“If men are stronger than women,” one participant asked, “then how can there be equality?” The context was agricultural work, with the implication being that a woman cannot be expected to do the same amount of physical labour as a man. The question revealed confusion between sex and gender. Gender equality does not deny biological differences – gender responsiveness means changing mindsets and attitudes by creating and fostering an environment in which all learners are appreciated, respected and treated equally.

Textbooks and learning materials can perpetuate a skewed focus on gender. The 2016 Global Education Monitoring report detailed how stereotypical representations of gender – men as doctors, women as nurses – are rampant in textbooks worldwide. In an interview with Viet Nam media, UNESCO Gender Programme Manager Phuong Nhung noted the insidious impact that these stereotypes can have on young learners. “Gender stereotypes will increase in students’ minds if they continue being exposed to gender-stereotypical illustrations in textbooks as they grow up.” 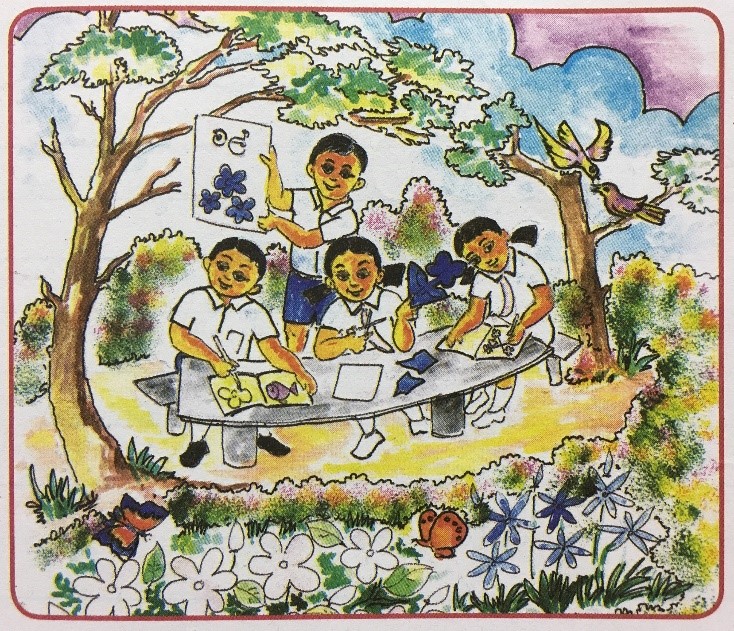 This illustration from a Grade 2 Sinhala Language textbook was used as an example of a positive representation of gender in textbooks at a training workshop in Sri Lanka. The picture illustrates gender equality, not only in numbers but in the roles represented (here both boys and girls are creating nature-themed art).

GOING FROM ASSESSED TO ADDRESSED

Some of the initial challenges in this regard were presented at a recent regional seminar in Bangkok in which teams from each of the five target countries presented the preliminary results of gender assessment exercises. Among the common challenges they identified were a gap between policy and practice as well as a lack of clarity and policy structure around practices that support gender equality. Despite generally supportive policy environments for gender equality in participating countries, follow-up and implementation is lacking.

These challenges will be the focus of the next stage of the project which aims to build the capacity of education policy-makers and planners to formulate more gender-responsive teacher policies, plans and programmes that can realistically be implemented.

UNESCO recognizes that gender norms do not change overnight, which is why the organization remains committed to providing such a platform to bring countries together to learn, share and advocate for more gender-responsive education, says Mun Yee Lee, an Associate Programme Specialist with UNESCO Bangkok.

“The work in the five countries is a start and we hope that the project will encourage others to engage in reviews of their levels of gender responsiveness,” she says. “Gender equality will remain a distant reality unless stakeholders in respective countries take committed actions.”

The "Regional Meeting on Gender Assessment in Teacher Education in Asia" took place on 30-31 May. More here.