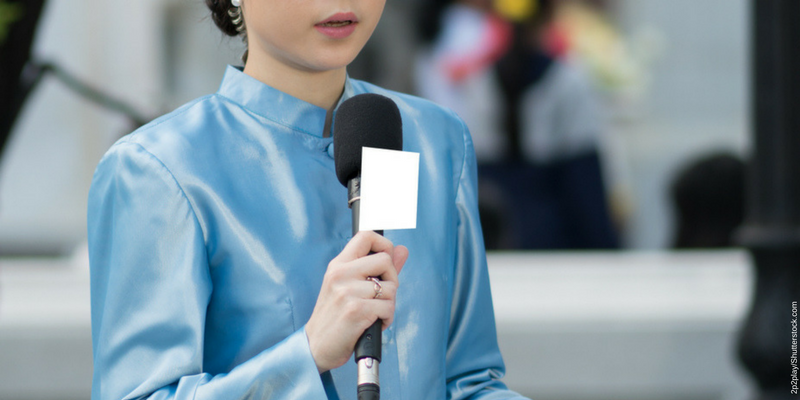 BBC reporter Nanchanok Wongsamuth says that she did not give gender balance in her stories much thought until an editor approached her about the lack of women sources in a story she was working on. “That made me realize I wasn’t representing female voices enough in my articles and from then on I made it a mandate that in all of my articles, I would include at least one female voice.”

Most of the journalists who responded to a recent informal UNESCO survey said they would like to do the same, but find it difficult to do so in their deadline-driven environment without having immediate contacts at hand.

UNESCO launched the Women Make the News – Thailand database one year ago to respond to this challenge and offer journalists a quick means to connect with some of Thailand’s top women experts in Media, ICT & Innovation; Cultures & Histories of ASEAN; and Environment & Climate Change.

Nanchanok is one of the journalists featured in this video just released on WMN Thailand, which provides an inside look at why UNESCO initiated the database and how media professionals and experts view this important resource:

Recently, UNESCO and the Office of the National Broadcasting and Telecommunication Commission (NBTC) partnered to hold a workshop on the WMN Thailand database for 120 participants, including journalists, media professionals and women experts from Bangkok and the provinces. The workshop provided a platform for media professionals and experts to discuss the WMN Thailand project and how to advance its aims as well as to take part in training covering practical ways to improve women’s visibility in the media, such as through improving their interview skills.

The support of the NBTC, responsible for overseeing broadcasting going out to 22 million households, represents a major step forward for the WMN Thailand initiative.

Mr Poompat Palakorn, Acting Executive Director of NBTC’s Content Regulation and Announcer Development Bureau, said the commission was drawn to the initiative because of the significant impact media have in shaping reality for people as well as in evolving social and cultural norms related to gender. He said the NBTC remains committed to working with UNESCO to advance WMN Thailand.

The database responds to both the call for gender equality and the practical concerns of working journalists, said Veteran Channel 7 reporter Narakorn Tiyayon, who led a discussion on gender equality in the media at the workshop alongside Pusacha Donavanik.

“As journalists, when we want to interview someone, we always think about the same people, but with the WMN online database, we can increase our sources and make women heard and visible,” Ms Tiyayon said.

This type of attention to a diversity of sources not only increases the pool of expertise from which journalists can draw, it also enables them to provide a more accurate picture of the contributions women are making to society.

In Thailand, women are excelling by several measures – about 53% of all scientists in the country are women, they make up about 37% of those in top business roles and the country is only one of six in the world where there are as many women starting businesses as men.

Contrast these numbers with what is being projected in Thai media, where women are often depicted as victims, family figures and sex objects (see 2015 UNESCO study, “Inside the News – Challenges and Aspirations of Women Journalists in Asia and the Pacific”) and where a 2014 Thai PBS study found only 24% of experts interviewed in a month’s worth of mainstream news content were women.

More recently, in July 2017, the United Nations Committee on the Elimination of Discrimination against Women addressed official concerns regarding periodic reports on the “persistence of strong stereotypical attitudes about the roles and responsibilities of women and men in the family and in society” in Thai media. Among the committee’s recommendations were implementing “innovative measures targeting the media to strengthen the understanding of substantive equality of women and men.”
WMN Thailand is just such an innovative measure.

Ms Kamolrat Intararat, Executive Director of the Research Center for Communication and Development Knowledge Management (CCDKM) at Sukhothai Thammathirat Open University, a WMN Thailand partner, highlighted the database’s impact on spotlighting women’s voices in the media. “There are lots of smart women in Thailand who have never been heard before,” she said. “Having this database makes their work more visible in the media and in society.”

If you are a women expert, you can join the database at www.wmnthailand.org/form

If you know a women expert, you can nominate an expert at www.wmnthailand.org/nominationform

If you are working in the media, you can pledge your support at www.wmnthailand.org/pledge

The UNESCO survey found that there is a mutual interest from women experts and journalists to connect, communicate and develop their networks and communication skills. UNESCO is looking for partners and sponsors to help enhance and promote the database. If you are interested in partnering with Women Make the News-Thailand or in sponsoring activities for gender equality in the media, please contact us at m.ito@unesco.org