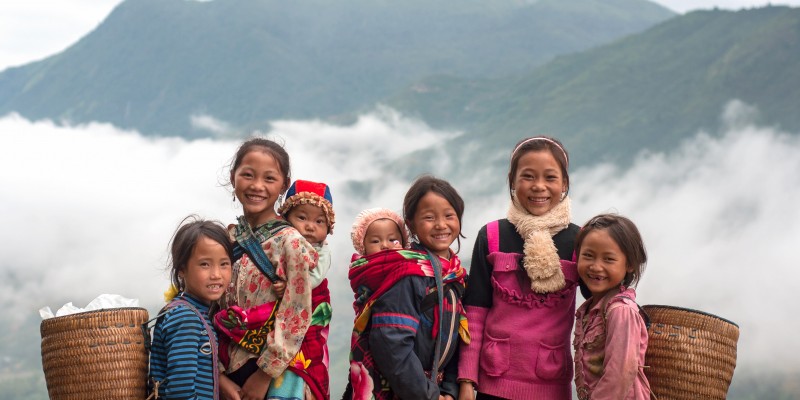 Ensuring that girls and boys stay in school and benefit equally from quality education drove the Education for All movement and the international community again made this a priority in the Sustainable Development Goal 4- Education 2030 Agenda.

How is Asia-Pacific responding to this call? Despite significant progress over past decades, girls and women from disadvantaged backgrounds continue to lag behind in education in Asia-Pacific.

Here we take a look at some statistical trends that reflect the reality of women in education in Asia-Pacific and how close we are to realizing the SDGs’ promise of “leaving no one behind.”

While challenges remain, we can also point to major advances in expanding education’s reach in Asia-Pacific. For example, according to the UNESCO Institute for Statistics (UIS), the number of girls and women who have gained access to education in the region increased substantially from 2000 to 2016. During that time, the number of female out-of-school children, adolescents, and youth of primary and secondary school age in the region dropped by 67 million. In 2016, 453 million[1] girls and women were studying from pre-primary to tertiary education in Asia-Pacific.

Participation in pre-primary to tertiary education was generally in favor of males across Asia-Pacific in 2000, according to the gender parity index of the gross enrollment ratio in the region. As the number of females going to school increased, gender parity was reached in Central Asia and East Asia and the Pacific in 2016. In fact, female enrollments increased in tertiary education by 41 million between 2000 and 2016, resulting in participation levels in this area being in favor of females in many parts of Asia-Pacific today. The map below, from the UNESCO eAtlas of Gender Inequality in Education, produced by the UIS, illustrates this trend. 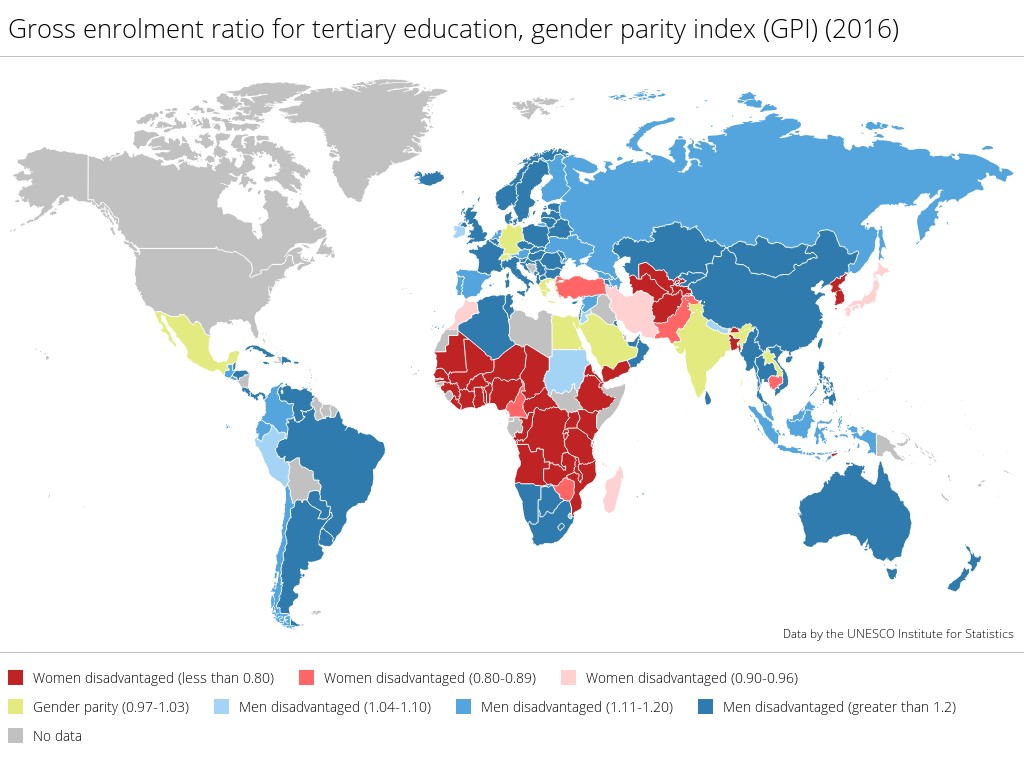 Although more girls and women in the region are able to access educational opportunities, females are still at a disadvantage, particularly those in rural areas.

Figure: percentage of young people aged 15-24 who can read a simple sentence 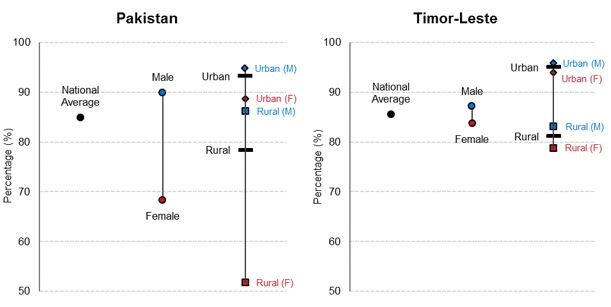 Advocating for girls’ education with data

While more girls and women are in school today in Asia-Pacific than ever before, we cannot afford to be complacent. Efforts must continue to ensure all children – girls and boys – have access to education, including the region’s 61 million out-of-school female children, adolescents and youth. Disaggregated data reveal that females continue to face higher barriers to education than males in rural villages.

Data present evidence to show where girls and women remain at a disadvantage and help guide our support to where it is needed most in the pursuit of gender equality.