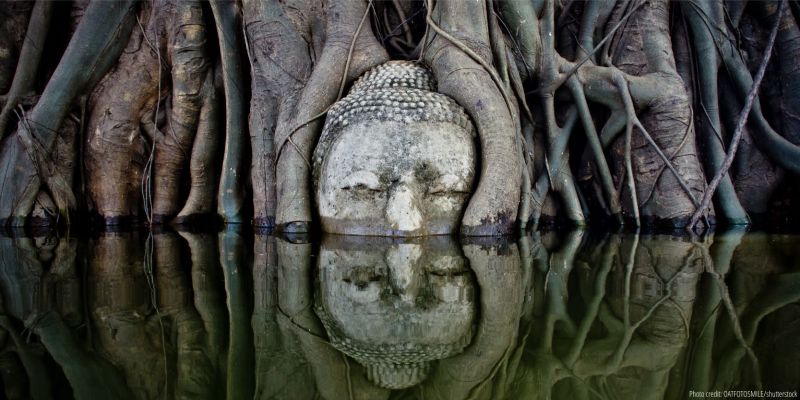 To be sure, managing water is not an easy task. Climate change makes weather unpredictable. Many different public agencies and officials are involved, so it becomes difficult to coordinate the work.

But should we place our faith solely in bigger, smarter forms of conventional infrastructure? Or could we consider another approach? Are there other responses that are more attuned to ecology and local conditions?

‘Nature-based solutions’ has been a buzzword in environmental and urban management circles in recent years. In essence, they harness the power of nature to tackle problems such as disaster risk management.

In a similar vein, ‘heritage-based solutions can help. Heritage includes both our natural and cultural assets. So heritage-based solutions rely on nature as well as cultural know-how. Historic buildings, settlements and landscapes were designed based on a deep understanding of pre-existing natural systems related to land, water and climate. Ancient water management systems relied on the slope of the land, gravity and the seasonal ebb and flow of water to function, with the aid of basic mechanics. This is in sharp contrast to a contemporary engineering mentality, which goes to great lengths to overcome the forces of nature, often in ways that are ultimately unsustainable.

Following the catastrophic floods that engulfed the Ayutthaya World Heritage site for over a month in 2011, UNESCO supported the Thai government's Hydro Informatics Institute and Fine Arts Department to work alongside hydrological experts from the Netherlands to find solutions. One of their recommendations was to revive the ancient network of ponds and canals in the historic capital to increase the city's capacity to temporarily store water in times of acute flooding.

Urban planners pointed out the need to maximize the green area surrounding the city. These green spaces historically served as Ayutthaya’s flood plain, but are today home to industrial estates paved in concrete. By understanding and enhancing the character of the ‘historic urban landscape’, planners could get better results from new infrastructure projects, such as Bang Ban-Bang Sai Drainage Canal Project, which is now underway.

In other cities around the world, a combination of heritage-based solutions and technological innovation is gaining a stronger foothold. In Venice, also a World Heritage property, scientists have calculated that reviving the ancient system of cisterns for collecting rainwater (which numbered over 6,000 in the 19th century) could effectively fulfill modern water demands.

Following Superstorm Sandy in 2012, the New York City metro region has been rebuilding using so-called " blue-green infrastructure," i.e., a network of waterways and green spaces. Hard infrastructure, such as floodwalls, is being combined with soft landscaping, such as dunes along the coast. Ponds with aquatic plants and green roofs help to store, slow down and treat stormwater run-off.

Across Europe, the concept of ‘room for the river’ requires creating open space along rivers to accommodate their natural swelling during rain events. Doing so has proven more effective than trying to build more dykes, channelize rivers or protect vulnerable buildings along the river that end up getting flooded anyway.

Here in Thailand, the application of heritage systems and indigenous and local knowledge is slowly gaining recognition. At Mrigdayavan Palace in Cha-am, coastal erosion is being managed by removing concrete embankments and other structures introduced after tropical storm Linda in 1997, which actually exacerbated erosion along the entire beachfront. The beach ecology is also being restored by removing alien species that were introduced over the years, such as pine and mangrove. Native beach plants have since naturally returned, attracting local birds and other species as well. Mrigdayavan Palace garnered a ‘Special Recognition for Sustainable Development’ award in the UNESCO Asia-Pacific Heritage Awards for Cultural Heritage Conservation in 2021 for integrating new architecture harmoniously into the natural and historic context.

Similar efforts to ‘go with the flow’ can be seen elsewhere too. The Chulalongkorn University Centenary Park, for instance, embraces the nature of Bangkok as an urban wetland. Its design co-opts rather than fights flooding by capturing rainwater through an extensive system of water retention and treatment.

While flooding is the pressing issue of the moment, heritage-based solutions can meet other challenges. Traditional Thai methods of architectural construction rely on natural ventilation and renewable materials. They could help address Thailand’s low carbon and climate change adaptation commitments by reducing energy use and waste. Other local knowledge and living heritage can also improve health care, food security and biodiversity conservation, as we’ve seen with the Moken people in the Andaman Sea or the Karen people in forest areas.

Heritage is still mostly considered a niche agenda in Thailand. But in fact, the 20-Year National Strategy and the 13th National Economic and Social Development Plan both flag the importance of enhancing local heritage across the country, not only for the sake of conservation but also for the sake of development. As the fallout from the COVID-19 pandemic shows, the generative potential of heritage can no longer be limited to just the tourism sector, which is still struggling to revive and in some areas may never recover. Incorporating heritage-based solutions into a variety of sectors could be a way to help Thailand achieve a more sustainable future in line with its Bio-Circular-Green (BCG) vision and the global Sustainable Development Goals.

Montira Horayangura Unakul was trained in economics, East Asian studies, architecture and urban planning at Harvard University; the University of California, Berkeley; and Chulalongkorn University. She works for UNESCO in the Bangkok Office on the safeguarding and sustainable development of cultural heritage in Asia and the Pacific.

This article is slightly adapted from one that originally appeared in the ‘Heritage Matters’ column of the Bangkok Post, 27 October 2022: https://www.bangkokpost.com/opinion/opinion/2423716/finding-heritage-based-fixes-for-floods