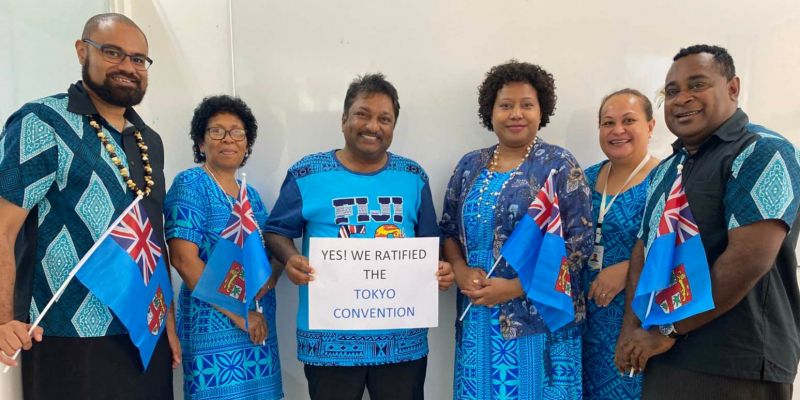 On 27 August 2020, Fiji became the first Small Island Developing State to ratify the Asia-Pacific Regional Convention on the Recognition of Qualifications in Higher Education, known as the Tokyo Convention.

“This ratification will help propel Fiji further into the international sphere regarding higher education and the quality and accreditation across borders, and in fact, will be good for our institutions and also the overall well-being of the Fijian people,” said Hon. Aiyaz Sayed-Khaiyum, Attorney-General and Minister of Economy, Civil Service and Communications, Fiji.

The Tokyo Convention Committee and Asia-Pacific Network of National Information Centres (APNNIC) are the official networks of recognition authorities and NICs in the Asia-Pacific. Dr. Libing Wang, Secretary of the Committee at UNESCO, underlined the importance of this step for Fiji and the Asia-Pacific. “This achievement is a milestone for Fiji and the region as the first Small Island Developing State to ratify the Tokyo Convention. The ratification will not only facilitate recognition of domestic and international qualifications in the country, but also drive the quality standards to international levels and enhance mobility of students and professionals across the sub-region and beyond.”

Fiji becomes the ninth State to ratify the Tokyo Convention and join APNNIC with several others in the final stages of ratification procedures. In session at Fiji’s Parliament, Hon. Rosy Akbar, Minister for Education, Heritage and Arts, emphasized the importance of the work to come: “I would also like to thank the work of the Fiji Higher Education Commission. I believe that we need international consistency in the recognition processes, which will enable transparent information of quality assurance processes for higher education.”

“This is a proud achievement for Fiji and a boon to those who qualify or wish to be qualified at our tertiary institutions – assuring as it does, prospects for portability of recognised qualifications and transnational mobility of their holders,” Mr. Julian Moti QC, Fiji's Higher Education Commission Chair, said. “In its designated role as national gatekeeper in the existing regional and trans-regional networks for recognition of tertiary qualifications, the Commission is poised to put Fiji in the world map of quality education. Our adherence to the Tokyo Convention requires us to lift our game to ensure that whoever qualifies from here is as good as the best that can be recruited from anywhere else.”