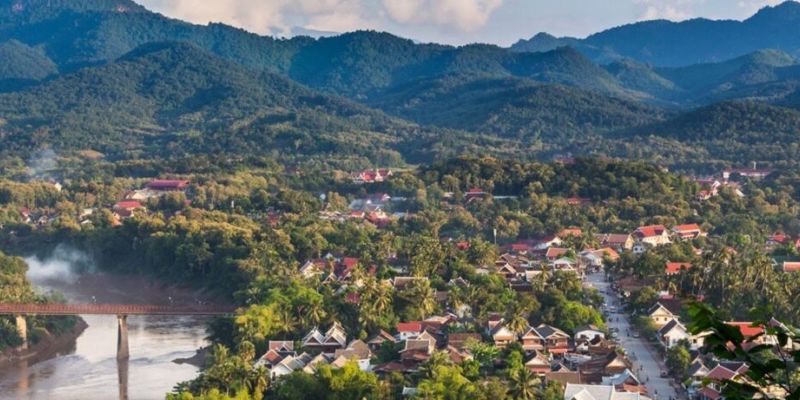 The lesson learned from Unesco’s “post-disaster cultural needs” assessment at the Xe Pian-Xe Namnoy dam in Attapeu in Southern Laos a few years ago demonstrates why culture crucially matters in development, especially at the ongoing hydropower project in Luang Prabang, the World Heritage Site

By mid-August, the government, facilitated by a joint UN development group, the World Bank and the EU, had put together a team of experts to conduct a post-disaster needs assessment. Interestingly though, when the team was first compiled, cultural experts were not included. The UNESCO office was finally contacted and asked to contribute a small team, but only after the post-disaster team had begun their work. I was asked to be part of this team.

UNESCO has developed a specific strategy to assess “post-disaster cultural needs”, which underscores the importance of culture as a means of healing and a way to build resilience. One of the things that we learned during our fieldwork for this assessment was the importance of not just the loss of livelihoods for the communities, but the loss of their temples, which they see not just as part of their lives.

For the villagers, the temples are not just buildings; they are the heart and the soul of their communities. It is true that rebuilding temples and reviving annual rituals and festivals may not be the priority when officials are faced with urgent basic needs of providing food and water and housing and medical care.

However, the repair must follow quickly thereafter, because they are often proved to be vital for the community members to recover their lives.

One of my concerns regarding dams is not just the impact they have on people’s culture_ by promoting displacement and relocation, but what happens to people and their culture when the dams fail. This is something that I have been involved in firsthand.

Throughout my years of experience doing this development work, I have observed that many development projects fail. And when they do so, the reason is usually because of culture; or rather, the ignorance or lack of consideration of culture.

When I speak of culture, I do not mean merely the songs, dances, architecture, and crafts that are so attractive to tourists. These are better thought of as cultural products; the surface aspects of culture. My view of culture is shared by many anthropologists. Put succinctly, culture is the grammar of behaviour.

Frequently, the people who develop the projects do not fully understand the cultures of the people with whom they are working, and/or they do not include the people for whom the projects are intended. Often, they see culture merely as an impediment to the efficient implementation of a pre-packaged plan.

By doing so, they fail to grasp the central importance of culture in the lives of the people in the project area.

As part of a Lao government strategy to turn Laos into the “ battery of Asia”, a new dam is currently being built 25 kilometres upstream from Luang Prabang. Luang Prabang was inscribed as a UNESCO World Heritage site in 1995. The usual host of issues are being debated; namely, the relocation of the villagers from their homes and their agricultural fields, as well as the increased destructive disruption of the natural ecology of the river.

As a signatory to the World Heritage Convention, these are treaty level obligations. What impact will the dams have on both the buffer and core zones of Luang Prabang, and what is the risk of a dam breach? These are issues that are foremost in the minds of many members of the Luang Prabang community as well as the officials at UNESCO.

If the dam impacts the heritage values of Luang Prabang, this would alter the very criteria upon which the site was nominated, thereby creating potential violations of UNESCO World Heritage standards. This, in turn, could eventually lead to a designation of “World Heritage in Danger”.

The culture of Luang Prabang is also deeply intertwined with its river environment, an element that is part of the World Heritage designation and its authenticity. It is projected that the dam project, along with the downstream Xayaburi dam, could affect the free flow of the two rivers which flank the historic peninsula, turning the World Heritage site into a lake or a reservoir. Not only would this be devastating for its World Heritage status, but it would also dramatically change the cultural traditions of the communities.

Local people also believe that disturbances to the natural state of the river can disturb the various Nagas believed to inhabit the river. This, it is believed, could have disastrous consequences for the people living along the river.

Finally, the damage a dam breach, similar to what happened in Attapeu, could have on the heritage town itself, is beyond imagination. We usually talk about the impacts of dams, with regard to the immediate communities. But in this instance, looking at the two pictures taken from Attapeu, I wanted to focus on the impacts of what the dam could do if it breached, and the very serious, dangerous risks it could cause for the two communities.

The negative environmental and ecological impacts of the Luang Prabang cam have been widely discussed. The detrimental impacts on the local agricultural and fishing economies are obvious to anyone that gives the project more than a cursory glance.

This project could be another failure of development; and its contribution to the cultural breakdown of Luang Prabang and surrounding areas (if allowed to proceed as it is), would be further development of failure.

In memory of Heather Peters, who delivered these remarks during a webinar on 24 February 2021 as part of the “The Mekong, China, & Southeast Asian Transitions” series co-organized by the University of Hawai’i, Michigan State University and Chiang Mai University and supported by the Henry Luce Foundation. For most of her life, she worked with UNESCO and other organizations in Asia. For many decades, she directed work on projects that spanned the entire Mekong River from China to the delta of Vietnam. Her work focused on the communities that live, not only along the river itself but also throughout the Greater Mekong region. She also spent many years working with communities living in and around Luang Prabang.

The views expressed in this article are those of the author and do not reflect an official stance of Bangkok Tribune.

Written by
Dr. Heather A. Peters
A research anthropologist specializing in China and Southeast Asia, Heather Peters taught at the University of Pennsylvania, the Fine Arts University in Phnom Penh, the American University of Paris, as well as at universities in China.

*This article was originally published in Bangkok Tribune