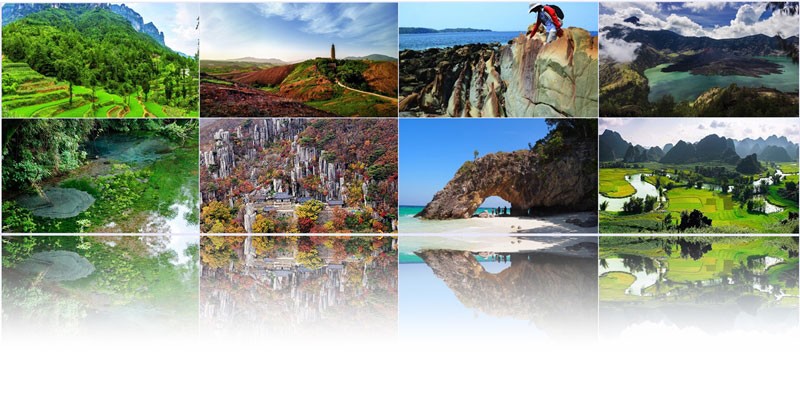 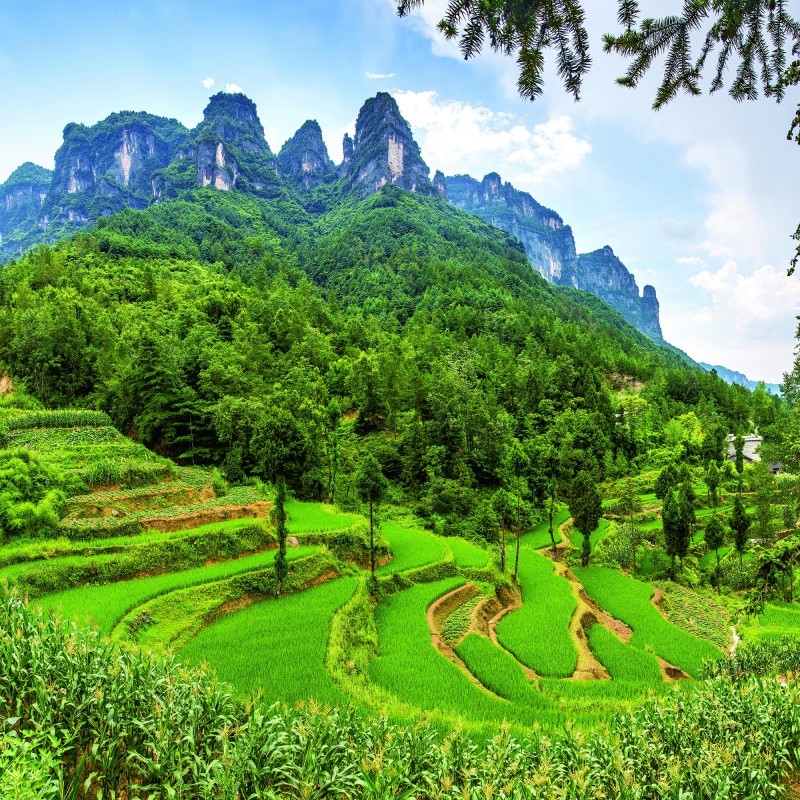 The Gangwushan-Nuoshuihe UNESCO Global Geopark is located in Bazhong City, Sichuan Province. Situated at the junction of the southern Central Orogenic Belt (the Qinling) and Yangtze Block, the area displays natural landscapes such as karst and tectonic landforms, waterfalls and ponds. It is an important place for the analysis of the geological evolution of peripheral basins, because of its location in the transition zone between southern and northern karst landforms. The celebrated 2,000-year-old Micang Ancient Road, connecting Shaanxi and Scihuan Province, winds through this landscape, where cultures of different dynasties and types have left their traces. 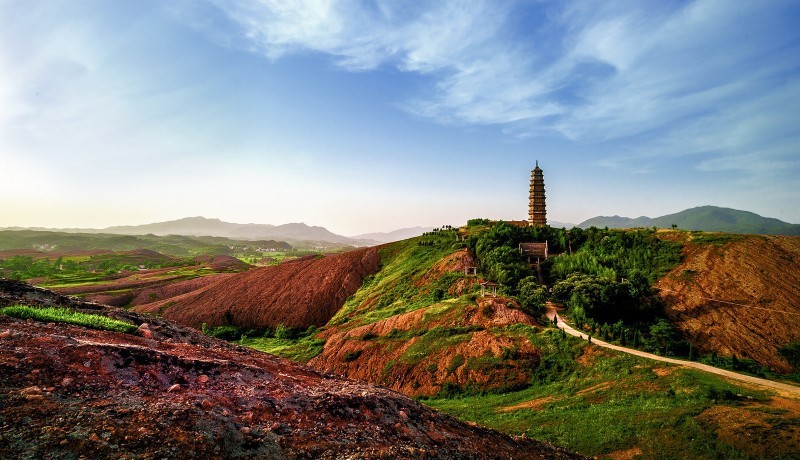 Huanggang Dabieshan UNESCO Global Geopark is located in Hubei Province, in eastern China. It demonstrates the geological evolution of the region, notably the collision between the tectonic plates of North China and the Yangtze. The oldest continental nucleus of the mountain belt, which resulted from this collision, is a combination of a garnet-biotite-gneiss and greenstone belt (Muzidian Group). These rocks were formed under high pressure and high temperatures and are more than 2.8 billion years old. The biological diversity of the region makes it one of China’s Seven Major Gene Pools. 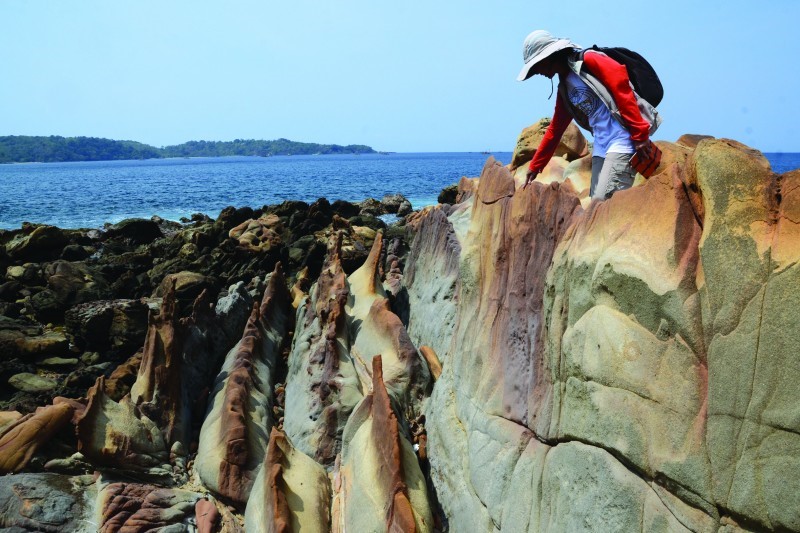 Ciletuh-Palabuhanratu UNESCO Global Geopark in West Java, is named after the Ciletuh River and Palabuhanratu (Queen harbour), in reference to the legend about a South Ocean Queen who was said to be the guardian of the area. The oldest rocks in the Geopark were formed by the subduction process between the Eurasian and the Indian Ocean tectonic plates. Currently three village communities maintain their ancestral Kasepuhan traditions, notably in agriculture and paddy farming (called tatanen). 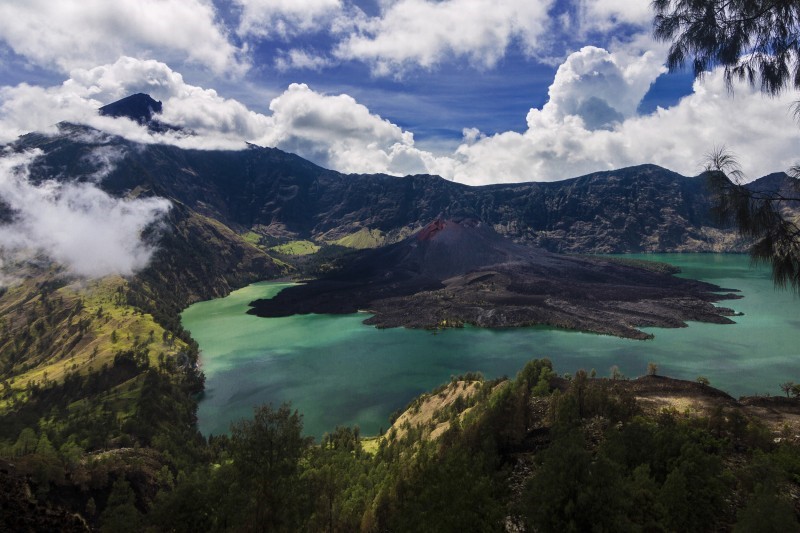 The Samalas Caldera Complex consists of Segara Anak Lake, Rinjani Cone and the Barujari Cone Complex. The Caldera was formed after a great eruption in 1257.

The nearly circular-shaped Lombok Island with its 70-kilometre ‘tail’ of a peninsula, is one of the Sunda Kecil Islands, located between Bali and Sumbawa. The geology of Lombok Island is dominated by Quaternary calc-alkaline volcanoes covering the Neogene clastic sedimentary rocks, the Oligo-Miocene volcanics and the Palaeogene-aged intrusive igneous rocks. The formation of the volcanic complex is due to the subduction of the Indian Ocean tectonic plate under the edge of the South East Asia tectonic plate. The Sasak population of Lombok is multi-ethnic and multicultural. The diversity of the Sasaks’ cultural heritage is reflected in buildings such as temples and old mosque. 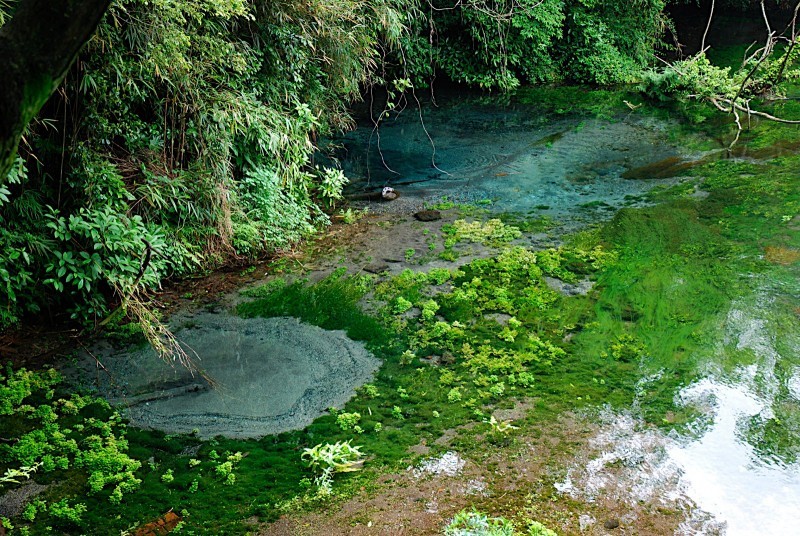 Izu Peninsula UNESCO Global Geopark is located in the southeast of Honshu Island. It is a unique meeting place of two active volcanic arcs and various and ongoing phenomena linked to tectonic plate collision. The area’s uninterrupted volcanic history over the past 20 million years is unmatched anywhere. Geothermal activity has also endowed this area with some of Japan’s most famous hot springs. Izu has witnessed many natural disasters, such as volcanic eruptions, earthquakes and tsunamis, which have contributed to local beliefs as communities began to worship deities that were supposed to rule over natural forces and built over 90 shrines scattered across the Geopark.

Gwangseokdae Colonnade: This rock formation has the widest individual pillars among all colonnades in Mt. Mudeung. (Mudeungsan, Republic of Korea)

Mudeungsan Area UNESCO Global Geopark is centred around Mudeung mountain, which towers high above Gwangju city. The mountain has long occupied an important place in the spiritual world of the people of Jeollanam-do, the former Honam, who see mountaintops as altars for celestial worship. Its geoheritage ranges from large polygonal jointed tuff columns, recording at least three phases of Cretaceous volcanic activity, extensive periglacial-produced landforms, unusual microclimatic environments, dinosaur footprints and trackways, and a variety of other geological and geomorphological features. 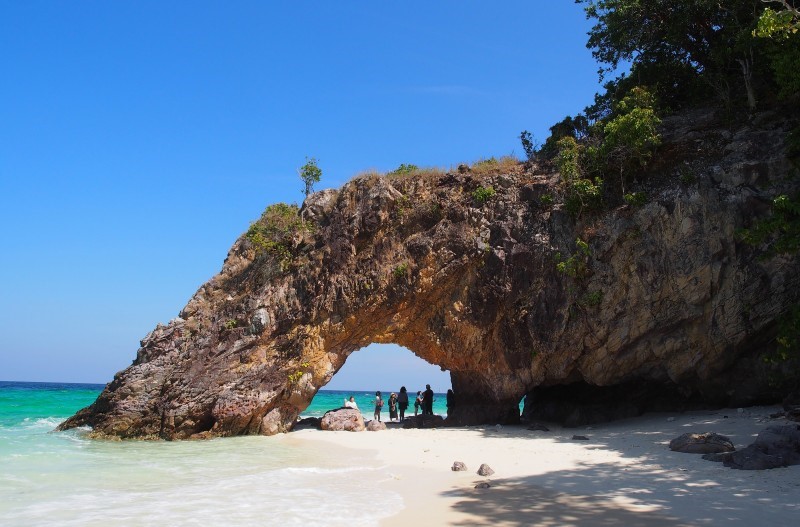 The Cao Bang UNESCO Global Geopark is in a mountainous area in the northeast of the country. Geologically, Cao Bang Geopark can be divided into two distinct parts by the so-called Cao Bang-Tien Yen deep-seated active fault. The eastern part of the area is composed of Palaeozoic limestones. The western part features sedimentary rocks, pillow basalts, ultra-mafic and granitic intrusions rich in minerals and hydrothermal alterations. The majority of its population belongs to one of nine different ethnic groups with distinct, rich cultural identities and traditions.