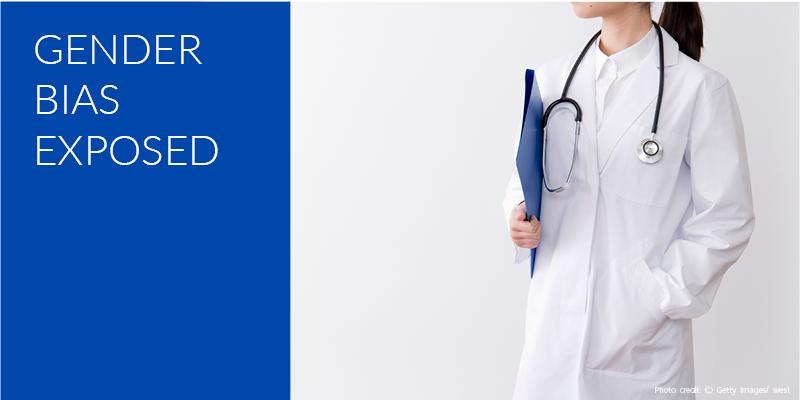 Recent news that the pass ratio for female students applying to Tokyo Medical University slightly exceeded that of their male peers should come as no surprise – education experts have no reason to doubt girls and women’s ability to excel in such merit-based exams. Yet given the recent scandal showing the institute and at least eight other medical universities were rigging results against female applicants, the most recent exams are another reminder of persistent gender discrimination and inequality in action within Japanese society. The universities may have reformed their unfair admissions, but systemic biases persist to the detriment of all.

When the rigged exams came to light last year, it highlighted the deep-rooted, gender-based biases in Japan, whereby many “believe” that women will leave the profession once they get married or have children. University professors have presumed female applicants will leave the profession in the future, which supposedly justifies precluding them from opportunities. The results were to deprive young women of life-changing, career-advancing opportunities, but also a fundamental betrayal of the education system.

Japanese women are still expected to conform to traditional societal roles. According to the World Economic Forum’s 2018 Gender Gap Report, Japan ranked 110 out 149 countries, with low ratings in economic participation and political empowerment for women. Traditional gender roles remain entrenched in Japanese society; for example, women spend five times as much as men performing unpaid tasks such as housework, household care and other activities. Traditional gender roles extend to the labour market where women often find themselves limited to lower level jobs, irregular employment and specific industries, not to mention inequality of pay and job security.

And unfortunately, it is not only men that keep these traditional beliefs. A recent survey on female medical doctor recruitment found that over 65% of the respondents, mostly female doctors, were sympathetic to universities’ practice of gender-discrimination in entrance exams – perhaps because these doctors also understood the harsh realities of women working in the medical profession.

All this despite relative equality in educational outcomes and health measures, and recent progress in overall women’s participation in the workforce. Recent data suggest 70% of women are now employed, the highest rate in history. So why is this gendered discrimination still prevalent? Are the cases involving Tokyo Medical University and other institutes outliers?

It has been 30 years since the Law on Equal Opportunities for Employment of Women and Men (1985) was passed in Japan. Some important changes have been achieved since, but sociocultural norms and beliefs in gender roles are still deeply rooted, affecting education and the job market alike.

While gender parity exists across educational attainment, the specific case of the medical schools indicates that gender discrimination and biases in education operate not only in higher education, but are clearly linked to the professional job sector that it is intended to serve. For instance, there are still significant gender disparities in the types of programmes young women choose to study at university. Women are likely to stick with social sciences, education and health (66%, 66% and 61% female representation, respectively), whereas they are likely to avoid fields such as engineering and natural sciences.

The science, technology, engineering and mathematics (STEM) disciplines show similar disparities in other Asian countries, which is very discouraging for girls who aspire to enter STEM professions in the future. Girls who are encouraged to study hard – sometimes harder than boys – in STEM subjects while in high school are bound to be discouraged from higher education as their chances of continuing in their chosen areas of study dwindle. Many of them will be “kicked out of the race” before being given the chance to compete and prove themselves.

Even today, it is not surprising to find educated parents who do not necessarily understand or appreciate the value of higher education for their daughters, especially in light of the increasing financial burden of tuition. And the medical field is still one of the few STEM-based areas that competent women aspire to as a profession, with less resistance today from family and teachers.

Yet, if higher education institutions want to reinforce gender-power games for the STEM professions, we won’t be able to talk about empowering girls through STEM education or see young women become the agents of change. Families and society will continue to reinforce traditional gender roles. The vicious cycle will continue.

Japanese people take the equal opportunity to education for granted. Most would never think that opportunities to education would be blocked by entrance exams or requirements. This scandal was shocking for many in the general public, where university entrance exams were believed to be conducted with the utmost objectivity, fairness and equity. If students studied hard and performed well, they would be rewarded.

As recent results indicate, girls and boys pass entrance exams at similar rates when the exams are applied objectively. Medical schools denied the right to equal opportunity to education based on merit to women who were discriminated based on their sex, and not on their performance. It is a basic rights violation.

How do we overcome these issues, including addressing fear of exams, teachers’ competence and gender awareness, the lack of role models, parents’ perceptions and beliefs, and societal expectations in terms of the job market? How do we move away from socially reinforced “traditional” roles? Education has serious responsibilities here, and it can either reinforce gender stereotypes, biases and discrimination or change and transform society to realize gender equality.

This is a caution to the education sector that is increasingly trying to “meet” the demands of the job market by overemphasizing the need for and importance of skills and technical training for youth, yet neglecting the ultimate goal of education and learning. Education institutes, rather than playing along with the traditional labour market “beliefs”, need to encourage and create change.

UNESCO has a responsibility to work with governments, but also stakeholders such as teachers, students and parents to not only empower girls and women, but to change perceptions. Parents and families have strong influence over what their children will study and aspire to become, what role they are expected to play, and how motivated children are to learn.

This case, among others, is a warning for many countries in the region, including the Japanese Government. They need to recognize that gender discrimination exists in practice, and that “beliefs” based on discriminatory practices and historical biases need to be addressed. Japan’s education development policy and economic development are very closely associated. Economic development historically has been led by a very patriarchal values – where men work and earn, and women stay home and take care of their children.

Today, however, “Abenomics” is the main economic development policy of Japan – where women’s participation in labour force is encouraged, especially by producing more “Rikejo” (“Science girls”), as STEM education and industries are seen as key drivers of national development. But a political manifesto does not by itself address deep-rooted discriminatory practices. Unless systemic barriers are removed at the same time, it will only amount to more lip service to gender equality.

By Maki Hayashikawa, Chief of Section, and Mark Manns, Programme Officer, for Inclusive Quality Education at the UNESCO Asia and Pacific Regional Bureau for Education

* This article was first published in The Japan Times