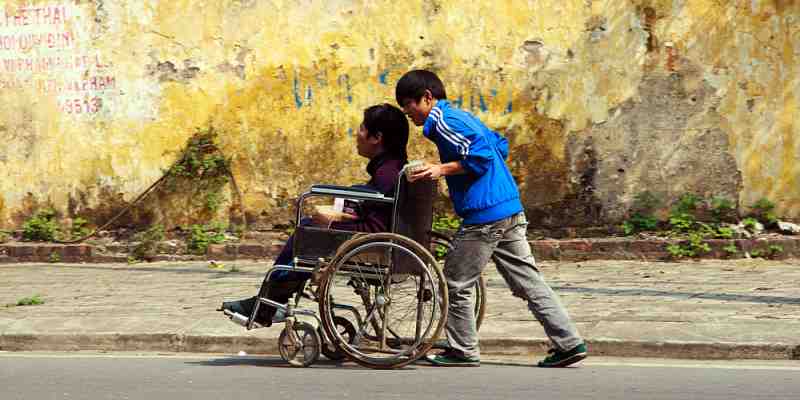 Sustainable Development Goal (SDG) target 4.5 commits all UN Member States to address all forms of exclusion and inequality in access, participation and learning outcomes, from early childhood to the elderly. Persons with disabilities are among the populations most likely to suffer from exclusion from education, but data required for an analysis of the links between disability and education remain scarce. In this context, this article examines educational disparities linked to disability based on data from the UNESCO Institute for Statistics (UIS) 2018 paper Education and Disability: Analysis of Data from 49 Countries.

Based on data from the School-to-Work Transition Surveys (SWTS) and Integrated Public Use Microdata Series (IPUMS), persons with disabilities aged 15 to 29 years old are generally less likely to have attended school than their peers. Despite limited sex-disaggregated data, in Cambodia, Indonesia and Viet Nam, men are apparently more likely to have attended school than women (Figure 1).

Primary school-age children with disabilities were more likely to be out of school than their peers. Cambodia presented the largest gap between children with and without disabilities, with a 50-percentage-point difference between the out-of-school rate of disabled and non-disabled children (57% vs 7%). As reflected in the adjusted disability parity index of 1.88 (Figure 2), one of every two disabled children was not in school in the country.

Figure 3. Completion rate for primary and lower secondary education, with and without disability

Figure 4. Mean years of schooling, population 25 years and older, by sex, with and without disabilities

The UIS paper offered several recommendations as comparability across countries is currently limited due to the widespread use of non-standardized questions in survey and census questionnaires as well as small sample sizes.

To provide methodological guidance in measuring equity in learning, calculating and interpreting indicators, and investigating the extent to which measuring equity in learning has been integrated into country policies, national planning, and data collection and analysis, UIS in collaboration with FHI 360 Education Policy and Data Center, Oxford Policy Management, and the Research for Equitable Access and Learning (REAL) Centre at the University of Cambridge developed the Handbook on Measuring Equity in Education.

The handbook is intended as a reference for analysis and interpretation of education data. It is aimed at professionals involved in the measurement and monitoring of equity in education, which includes not only those working on the SDGs but also all stakeholders in the field of education

Read the full paper and recommendations: Education and Disability: Analysis of Data from 49 Countries.

Should you have any inquiries, kindly contact us at aims.bgk[at]unesco.org