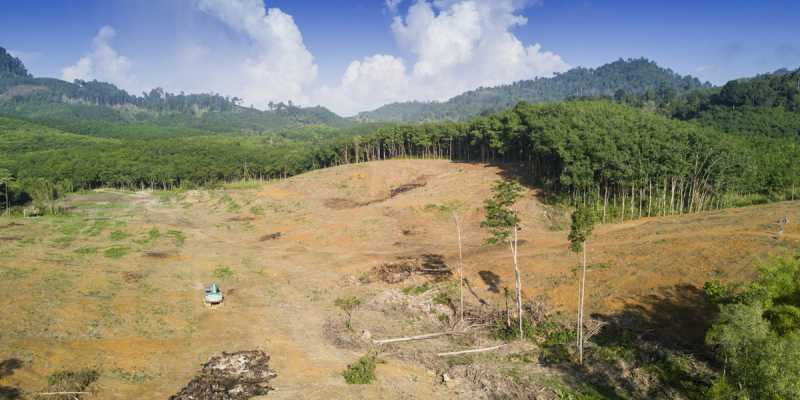 The sleepy mountain town of Pong Krai is located at the head of the Mae Sa Watershed in the Mae Sa-Kog Ma Biosphere Reserve – a crucial component of the greater Chiang Mai region water supply.  Decades ago, hill-tribe people in the area led a pastoral life, raising livestock and growing crops for subsistence. As the modern world and consequences of the Viet Nam War era encroached on traditional ways of living, local residents were exposed to demand for opium production and the surrounding region was mostly deforested to accommodate the new cash crops, which had unforeseen consequences in the future. The drastic transformation the village has undergone since is nothing short of remarkable.

Biosphere Reserves are UNESCO site designations that aim to foster sustainable use and conservation of natural resources by improving the relationship between humans and their environment. Put simply, the goal is to find a balance between biodiversity conservation and sustainable human living. This is typically done through ecological research to identify and appropriately use the natural resources available, developing more efficient agricultural practices, and utilizing the unique natural environment of an area to promote ecotourism. With 669 Biosphere Reserves in 120 countries, it is becoming increasingly important to share knowledge and lessons learned in the ongoing effort to improve the livelihoods of communities, reduce dependence on unsustainable practices, and maintain the biodiversity of the surrounding ecological systems – all while retaining local cultural values. If this sounds like a delicate balance to manage, it is.

During the conference, delegates from 17 countries were taken on a field trip to visit the Mae Sa-Kog Ma Biosphere Reserve (MSKM BR) located just outside Chiang Mai. Designated a Biosphere Reserve in 1977, Mae Sa-Kog Ma is a prime example of sustainable development concepts at work and it has long been a key area for hydrological research and watershed management in Thailand.  The Biosphere Reserve has a total area of 57,366 hectares (ha) and comprises most of Doi Suthep-Pui National Park, along with part of the Oab Khan and Khun Khan National Parks. More than 679 species of vascular plants and 439 species of wild animals can be found within MSKM BR. It is also home to a population of nearly 40,000 people, including the Northern Thai, Hmong, Karen and Li Saw ethnic groups. Diversity, both cultural and genetic, are an important feature of the Biosphere Reserve.

The deforestation that occurred in the area surrounding Pong Krai proved detrimental to the regional watershed and ultimately resulted in severe depletion of groundwater resources. Trees are vital in absorbing water runoff into the soil and groundwater table. This groundwater eventually diffuses across the watershed, supplying freshwater resources for the entire region. The forest also provides a natural filter system, removing pollutants and sediment from the water. Without the trees, runoff torrents are not absorbed, with most of the water flowing downhill over the surface until coming into contact with a river or other open waterway. It is a well-documented phenomenon demonstrating how the forests are extremely important to local agriculture and play a key role in ensuring irrigation to an estimated 14 million USD worth of crop production per year in the local area. Recognizing the geographical importance of Pong Krai, the UNESCO Biosphere Reserve proposed a plan to restore watershed functionality to pre-Viet Nam War levels through a reforestation project.

Pong Krai village was highlighted during the SeaBRnet meeting as an example of local community involvement in various sustainable development initiatives. In partnership with AURA Water, a subsidiary of Tipco Foods, and USAID LEAF, a pilot payment for ecosystem services (PES) was launched in Pong Krai Village. Many contemporary environmental science strategies are based on the PES model, which posits that ecosystems such as forests, mountains and wetlands provide a variety of ‘services’ that are economically valuable to humanity. These services can include anything from water filtration and food production to power supply and timber products.

The PES concept involves local communities in restoring and maintaining these important ecosystem services in return for financial incentive. There are multiple benefits to this model. Local residents are able to supplement their earnings by participating in conservation and restoration efforts, while moving away from unsustainable sources of income, and the overall cost of projects is typically far lower than other, manmade interventions such as building water-treatment plants or constructing dams to control river flow.

In addition to the reforestation project, a research and community fundraising enterprise involving an endangered, indigenous species of orchid called Blue Vanda – or Fah Mui in Thai – further displays the innovative approaches Pong Krai village has taken to maintain that balance between economic development and nature conservation. The species is highly valued for its sweet smelling, vibrant and impressively large blooms. With the assistance of Mae Sa-Kog Ma Biosphere Reserve, Pong Krai village initiated a Blue Vanda tissue culture research centre that utilizes micro-propagation to reintroduce the orchid back into the wild. Micro-propagation is a method of growing plants in a laboratory that involves using a combination of plant tissue and growth hormones to produce large numbers of identical clones from a selected ‘mother plant’.

Community members trained in the specialized technique also reproduce the plant to sell Blue Vanda take-home kits. For 399 baht, tourists can purchase an orchid propagule neatly packaged in a glass jar and box, along with detailed instructions on how to grow their very own. Proceeds from the ‘Orchid for Life Project’ go to the community, local schools and back into research for continued reproduction of the plant.

The project became so successful, tourists began to inquire about learning the methodology behind Pong Krai’s micro-propagation techniques.  In response, the community enterprise organized a Blue Vanda micro-propagation training course in partnership with the nearby Queen Sirikit Botanical Garden Laboratory. For 1,250 USD per person, guests receive an intensive eight-day certification programme on orchid tissue culture, and the satisfaction in knowing they are contributing to local community conservation efforts.

Pong Krai village is only one example of how sustainable human living and biodiversity conservation can be successfully achieved within UNESCO Biosphere Reserves, providing insights that can be applied to other Biosphere Reserves and communities around the world. By committing to ongoing research and understanding of natural systems and the resources they provide, innovative solutions that allow for sustainable development in balance with nature will continue to evolve.