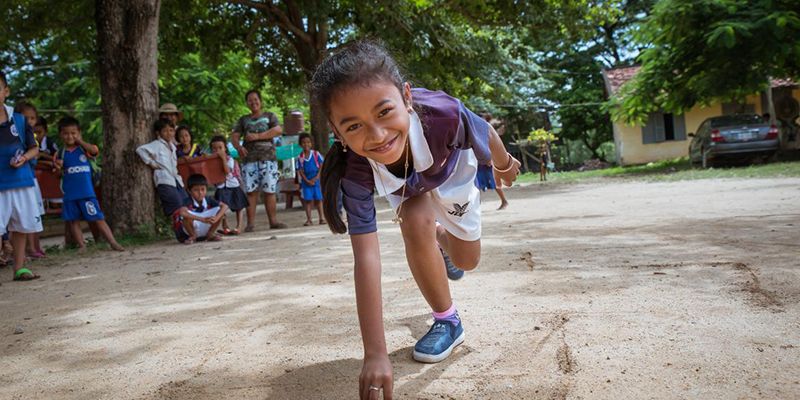 This is particularly important for displaced children, whether they are refugees, migrants or internally displaced. Indeed, the number of school-aged migrant and refugee children worldwide has grown by 26% since 2000 (UNESCO 2018).

Often missing from the refugee and migrant education dialogue is discussion of the language of education. In the midst of a crisis, there is a tendency to reach for whatever learning resources are most readily available.

Paying attention to the language of instruction

Many refugees spending 10 to 15 years in camps or non-formal settings prior to repatriation or resettlement (World Bank 2016). More attention thus needs to be given to enhancing the effectiveness of displaced children’s learning, to ensure that their formative years are not wasted.

Many of today’s displaced children come from linguistic minority groups in their country of origin. Thus, whatever education they may receive while “on the move” is rarely delivered in their first or home language. This is true of children studying in refugee camp schools, non-formal migrant learning centers, or national schools in a host country.

A new report to highlight key findings for Asia-Pacific

The MLE-WG thus commissioned a regional situation survey, bringing attention to both gaps and good practices. Approaches to Language in Education for Migrants and Refugees in the Asia-Pacific Region was released last June to mark World Refugee Day.

Key findings of the report include:

The report also highlights good practices from Asia, Africa and Oceania that can inform education programming decisions, including:

This report is not alone in focusing attention on the benefits of integrating displaced children’s language and culture into the classroom. Recent publications from the British Council, UNESCO, the Salzburg Global Seminar, and the MLE-WG draw similar conclusions.

Such an open-minded outlook stands to benefit both displaced and host country children, as they learn to live together and thrive in our incredibly diverse, deeply challenged 21st century world.

The Asia-Pacific Multilingual Education Working Group contributed to this blog.