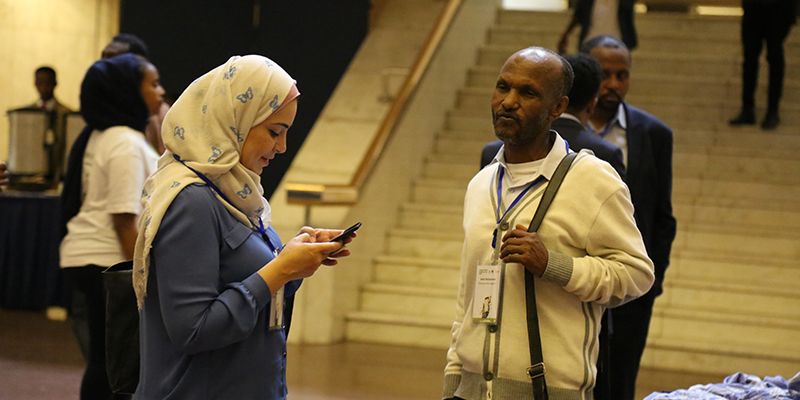 In a crowded room at the African Union, five panelists coming from India, Indonesia, Malaysia, Myanmar, and Philippines paint a bleak picture of their countries to their audience. In Myanmar, ethnic and religious divisions have fueled violent conflicts that have devastated the newly democratized country; to the south, in Malaysia, ethnic communities have been encouraged to rarely communicate or interact with each other. While they are coming from a completely different region from their audience members (most of whom come from African countries), they share a common concern: disinformation and fake news in the media is aggravating existing ethnic divisions in their countries.

On 3 May 2019, the media experts and activists described above were invited to speak with participants of the World Press Freedom Day conference at the African Union in Addis Ababa to not only raise awareness of the types of media narratives that have developed in their countries, but also to discuss ways in which the media can help unite people through constructive dialogue and shared narratives in conflict-prone societies.

In addition to providing their audience with an understanding of the situation in their counties, each of the panelists were able to recommend solutions to the issues. For example, in the Philippines, where media narratives about the conflict in Mindanao are often dominated by the state, Julieta Alipala, a reporter with the Philippines Daily Inquirer suggested that journalists must always listen to the “small voices,” and not only listen to the narratives being driven by the government and the military.

Adi Renaldi, a journalist in Indonesia who has reported extensively on conflict in the country, stated that journalists should be better trained in ethics and how to write “peacefully” in areas with conflict.

“It’s time create a new paradigm of media,” argued Shubhranshu Choudhary, of BBC’s South Asia Bureau. “We need to make a media where everyone has equal rights and one vote. Everyone is a reporter. Everyone can tell their stories. That’s dialogue.”

The panel discussion was organized by the Southeast Asia Press Alliance and held at the Small Conference Room 3 at the African Union’s Headqurters in Addis Ababa. It was organized as part of the larger World Press Freedom Day Conference, which is organized by UNESCO annually.

This article was originally published in Youth Times, 3 May 2019