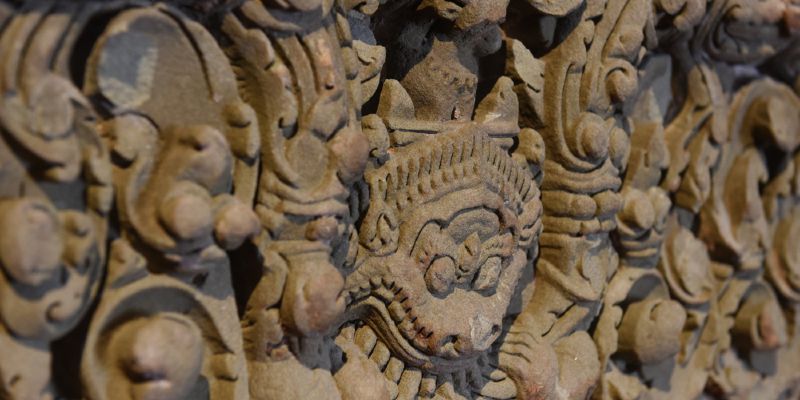 To read and download the proceedings of the conference, please visit this page: Asia-Pacific Regional Conference to celebrate the 50th anniversary of the UNESCO 1970 Convention on the means of prohibiting and preventing the Illicit Import, export and transfer of ownership of cultural property

The 1970 UNESCO Convention on the Means of Prohibiting and Preventing the Illicit Import, Export and Transfer of Ownership of Cultural Property (hereafter ‘1970 Convention’) was the first international treaty concerning the protection of cultural heritage in peacetime. Over 50 years, in the context of numerous natural and human-induced crises all over the globe, the 1970 Convention has only gained in relevance. Yet despite growing public awareness of illicit trafficking of cultural objects, as well as a spate of highly publicized acts of national restitution of formerly lost objects, cultural property continues to be at risk of illicit trafficking. The urgency of the current situation is only exacerbated by the COVID-19 pandemic, which has necessitated the redirection of manpower and funding from heritage-preservation concerns to more urgent human services initiatives, just at a moment when communities worldwide are making progress at preserving the diversity of their heritage as a cornerstone for cultural inclusion, collective identity and solidarity among their peoples.

Co-hosted by UNESCO Bangkok and the Thailand Ministry of Culture, the ‘Asia-Pacific Regional Conference for the 50th Anniversary of the UNESCO 1970 Convention on the Means of Prohibiting and Preventing the Illicit Import, Export and Transfer of Ownership of Cultural Property’ (hereafter ‘APRC 2021’), held in Bangkok and online from 29-30 June 2021, brought together over 200 participants from government agencies, academia, non-government organizations and the private sector. The conference participants took stock of the implementation status of the 1970 Convention in Asia and the Pacific, debated potential individual and cooperative strategies for combatting illicit trafficking, and exchanged perspectives and good practices learned to date.

In the spirit of the 1970 Convention, there have been several cases of the restitution of cultural objects in recent times within the Asia-Pacific region. This includes the restitution to Thailand, only months ago, of two sandstone lintels dating from the 9th and 10th centuries from the Asian Art Museum of San Francisco, California (both objects were stripped from rural temples and removed from the country in the late 1960s); the restitution to Cambodia of more than 100 Khmer artifacts from the family of the British art collector Douglas Latchford last February; and the restitution to India, in 2018, of ancient Buddha statues from England, the latter accomplished with support from the India Pride Project, whose co-founder, Anuraag Saxena, participated in the APRC 2021 proceedings.

While high-profile cases of restitution catch the attention of the public, and while they serve governments in publicizing ongoing efforts and policies aimed at combatting illicit trafficking of cultural objects, they arguably do little to stem illicit trade at its origins. Even more concerning, acts of restitution may even constitute for unscrupulous art dealers and looters ‘just a cost of doing business’, as noted by conference participant Dr. Simon Mackenzie, a professor of Criminology at Wellington University, New Zealand. Rather, what would be more helpful would be a more systematic evaluation of national legislation and policies, and a change in people’s behaviour regarding the collection of antiquities, all issues that could be dealt with in a comprehensive manner within the framework of the 1970 Convention.

The convention however still suffers a low rate of ratification in the Asia-Pacific region, a condition currently attributed by some conference participants to a lack of adequate awareness by national governments of the 1970 Convention and the potential benefits of its ratification; in addition, the complexities of the ratification processes at the national level, and a general lack of motivation among some national administrations can be problematic.

APRC 2021 participants highlighted the critical and increasingly effective role of non-governmental stakeholders in fighting the illicit trafficking of cultural property. Contrary to the popular assumption that only centralized national governments can tackle the problem, local communities, municipalities, NGOs, foundations and youth networks are playing an important role in this fight. For the grassroots approach to be successful, it is important that communities understand the historical importance and extra-financial value of their cultural property. It was also noted that social assessments are needed to understand why illicit trafficking persists even where communities recognize the collective value of their objects of heritage. Sometimes the conditions of economic poverty in a given community can enable illicit trafficking, where it may be difficult to turn down even minor sums offered for local treasures. Consequently, poverty must be addressed in tandem with related policy measures, such as local policing, rather than treating the fight against illicit trafficking in a ‘cultural preservation’ bubble.

Many efforts at raising awareness of these issues in the Asia-Pacific are being initiated by various civil society organizations, especially in regard to developing regional youth groups. Two encouraging examples are the World Heritage Volunteer Camps organized in Iran, and awareness raising efforts among local students living in the vicinity of the Angkor World Heritage Site. Other examples of efforts that educate youth and school children about the value of cultural heritage are the ‘Heritage in a Box’ toolkit for teachers in Mongolia, or similar activities in Fiji and Pakistan.

There is increasing evidence that illegal trade in antiquities is a source of financing for terrorist groups. Referred to as ‘the largest unregulated market in the world’ by some conference participants, the online art market has swiftly gained in popularity over the last decade. Much of the art market’s international trade is conducted in opaque, if not clandestine fashion, leading to the epithet that the global art trade constitutes. There is an urgent need to strengthen legal frameworks around the world, to link them more effectively with law enforcement, and thereby reduce the art market’s role in enabling the illicit trafficking of cultural treasures.

Charlotte Papillaud Looram, a researcher from University of Western Australia, presented a recent research on online art market in Southeast Asia, noting that most objects from South-East Asia offered for sale are relatively small and easily shipped. Most platforms do not inform buyers about possible breaches of legislation or about the danger of participating, whether purposely or unwittingly, in illegal trade. In some cases, a dealer places the responsibility for conducting ‘due diligence’ expressly on buyers and collectors. There is clearly no concern or fear of repercussions on such purveyors of antiquities and related cultural objects. Social media algorithm’s can powerfully bait users with more and more ‘special offers’ and drive them into circles of likeminded collectors, some possibly knowingly engaged in illegal activities. Looram recommends that such platforms be encouraged to publicize the potential legal and ethical pitfalls in such digitally-based collecting environments, thereby promoting greater transparency and ensuring legitimate and ethically informed acquisitions.

Where do we go from here?

Just as there is no single reason for the persistence of illegal trafficking of cultural objects, ‘there is no one solution to the scourge of the illicit trafficking of cultural property’ noted Ernesto Ottone Ramirez, UNESCO Assistant Director-General for Culture. ‘It will require the combined efforts of a wide range of actors, and a united response by all countries in the region, particularly through the ratification of the UNESCO 1970 Convention and the UNIDROIT 1995 Convention’, said Ottone Ramirez, applauding the fact that many countries in the region are currently either in the process of ratifying the 1970 Convention, or developing national laws and strategies to reinforce the protection of cultural heritage.

Thailand’s Minister of Culture, Itthiphol Kunplome, noted that even though his country has not yet ratified the 1970 Convention, many efforts have been made in repatriating cultural objects, such as by signing bilateral treaties with some countries and establishing a Committee on the Repatriation of Stolen Artifacts. The country is also going through the a process of amending the Ancient Monuments, Antiques, Objects of Art and National Museums Act of 1961, serving as the national basis for the ratification of the 1970 Convention.

Fighting the illicit trade of cultural objects is an ongoing process, and indeed it has proven a challenge in many Asia-Pacific countries. It requires multi-sectoral coordination, development of adequate legal frameworks, and increased professional capacity of a diverse set of stakeholder institutions, individuals, and regional communities. Despite persistent challenges, it is a worthwhile endeavor, one that allows cultural practitioners and the public to work together towards achieving a future of increased international cooperation and collaboration, peace, and security and sustainable development for all peoples.

Illicit Trafficking of Cultural Property
Together for Peace