Being LGBTI in Laos: Increasing visibility and support of a growing movement 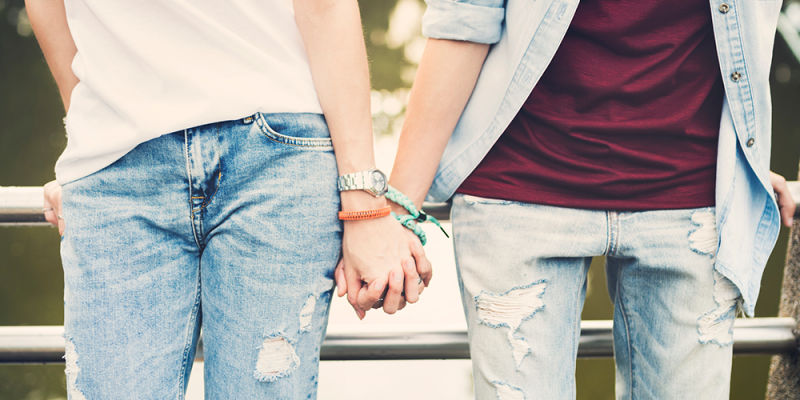 Being LGBTI in Laos: Increasing visibility and support of a growing movement

On a typical Friday morning earlier this month at Pha That Luang, a young tour guide named Thavadxai Xaiyakoumman guided a group of tourists through its nearly 1,000-year history. Not too far away, Khamsouk Keovilaithong, the manager of a local Japanese restaurant, catered to hungry restaurant patrons taking a break from papaya salad and larb for a few hours. A few kilometers outside of town, a young woman named Latavanh Sengdala meticulously checked the measurements of a dress she was making for a customer’s engagement ceremony.

That evening, the tour guide, restaurant manager and dress-maker left their jobs and took on entirely different roles. As core members of Proud to Be Us Laos (PTBUL), one of the first and only LGBTI rights organizations in Laos, this was an important night for Thavadxai, Latavanh and Khamsouk. The International Day Against Homophobia and Transphobia (IDAHOT) celebration on 17 May was a chance for them to show society at home and the international community that LGBTI people in Laos not only exist, but are ready to be seen and heard.

In neighbouring Thailand, the better-known IDAHOT 2019 celebration in Bangkok took place with the same concert-like atmosphere as seen in previous years, but the more modest event in Laos was no small achievement. With around 150 participants, mostly Lao government officials, foreign diplomats and members of civil society organizations, it was the biggest IDAHOT celebration to occur in the country to date.

The size of the event, as well as the sponsorship by the embassies of Australia, Canada, the EU, France, Germany, Luxembourg, UK and US, is a testament to the achievements that organizations such as PTBU, founded just eight years ago, have accomplished in a very short amount of time, as well as the awareness they have raised on issues facing the LGBTI community in Laos.

The support of the international community and civil-society organisations is a promising indicator of the success that LGBTI activists in Laos have achieved in terms of awareness raising and increasing visibility. But as became clear during multiple presentations at the Australia Club venue for IDAHOT celebrations, such awareness raising must be supported by solid qualitative and quantitative data about the needs and concerns of the LGBTI community.

Unfortunately, such information is greatly lacking, especially outside of the country’s increasingly cosmopolitan capital. From a policy perspective, this is a great challenge.

This is not to say that data about the LGBTI community in Laos is non-existent. Little by little, efforts have been made to not only understand how many people in the country identify as LGBTI, but also to understand their experiences and the issues that matter to them. Most recently, with support from the Canadian government, PTBU collaborated with the National University of Laos and the Law and Development Partnership to assess the situations and attitudes of Vientiane-based LGBT employees and their employers.

In a different study, the Lao Positive Health Association (LaoPHA), which focuses on HIV prevention and treatment, were able to interview more than 16,000 men who have sex with men living in Laos. In 2018, UNESCO Bangkok, which has actively encouraged understanding and acceptance of LGBTI persons in schools through several programmes, most recently the #ColourMeIn campaign, collaborated with PTBU to conduct a research study on LGBTI youth living in Vientiane. The study built on some of the work done by UNFPA’s 2014 “Adolescent and Youth Situational Analysis of Laos”.

While the data that have been collected so far are significant, there are also many limits. For example, the study on employees and employers covered less than 50 people living in Vientiane. Due to a lack of training and resources provided to organizations such as PTBU and LaoPHA, the data collected so far only touch on the surface of the larger LGBTI community in the country. In other words, while positive steps have been made towards understanding LGBTI people in the country, there is still a long way to go.

However, the challenges should not lead to discouragement. In events such as IDAHOT, the international community and others have shown support for Laos’ nascent LGBTI movement. As key allies to this historic movement, it is time that they go one step further and fully invest in the knowledge and skills of these organizations’ members, and work with them to build strong networks.

Events like IDAHOT provide champions of the Lao LGBTI rights movement such as Thavadxai, Latavanh and Khamsouk with opportunities to work towards their goals within their society without judgement or shame. With greater investment and support from allies, these people can dedicate even more energy towards their cause and inspire others like them. In time, their visibility, as well as that of their community, will occur not just on one night in May, but every day of the year.

David Young is a consultant working for the Social and Human Sciences and Communications and Information sectors at UNESCO Bangkok, where he manages several programmes building leadership skills for young people in Southeast Asia.