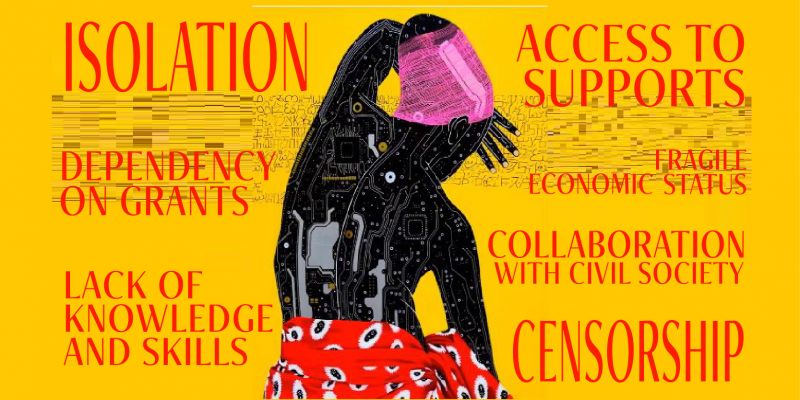 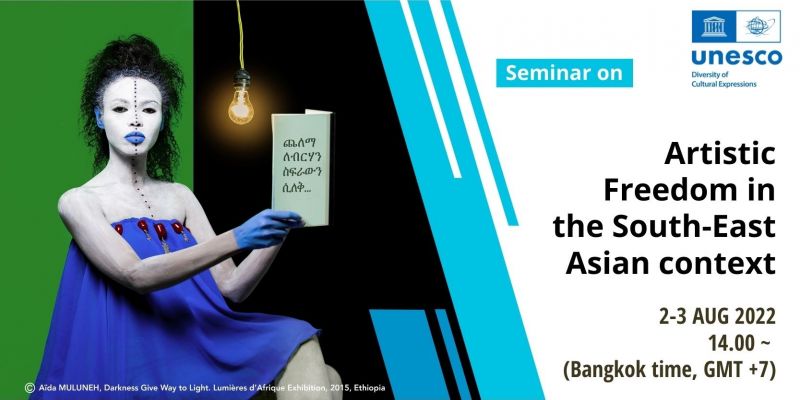 Serving as a platform for exchange and dialogue between participants, the Artistic Freedom seminar helped to identify needs and priorities that which will form the basis of future capacity building initiatives in Artistic Freedom by UNESCO Bangkok. A prominent feature of the Seminar was discussion of Thailand’s current ‘road map’ towards becoming an official, ratifying country of the 2005 Convention on the Protection and Promotion of the Diversity of Cultural Expressions (2005 Convention).

Setting the Stage: Concepts, the 2005 Convention, and Regional Practice

Opening remarks for the Artistic Freedom seminar were provided by Mr Jing Feng, Chief of the Culture Unit, UNESCO Bangkok, who gave a brief introduction to the Seminar’s objectives, and mentioning recent UNESCO-generated reports on the current economic, creative, and related circumstances of cultural industries in Thailand. Opening remarks were followed by a concise introduction to the UNESCO 2005 Convention by Ms Mali Kamonrat Chayamarit, Culture Programme Officer, UNESCO Bangkok.

The first day’s opening presentations were complemented by a discussion of the concept of artistic freedom by Ms Anupama Sekhar, Director of Policy and Engagement, International Federation of Arts Councils and Culture Agencies (IFACCA); further discussion of ‘artistic freedom’ and why the concept assumed an important place in the monitoring framework of the 2005 Convention was delivered by Ms Anais Chagankerian, Associate Project Officer, UNESCO-Aschberg Programme, of the UNESCO 2005 Convention Secretariat.

Zeroing in on South-East Asia, Ms Frances Rudgard, Director, Mekong Cultural Hub; and Ms Phitchakan Chuangchai, Lecturer, Thammasart University, Bangkok, discussed aspects of the current situation of freedom of artistic expression across the region and, more specifically, in Thailand itself. The presentations set the agenda for further reflection and analysis of the societal and cultural values implied in the concept of artistic freedom. As Ms Rudgard observed,

People working in the arts in South-East Asia face common problems, such as lack of information and resources. Investing in the creation of networks, hubs, and information sources would improve the situation. In addition, effective cooperation between the cultural sector and civil society could benefit cultural workers, including artists. But investing in a stable source of income for cultural workers, especially those doing community-focused work, could be an innovative and exciting model to test in South-East Asia.

The second day of the Seminar was dedicated to the topic of social and economic rights in the region’s diverse creative sector. Ms Ratri Ninditya, Coordinator of Koalisi Seni, a coalition of individual collectives working in art and culture in Indonesia, spoke on the topic.  Ms Ninditya observed that ‘between uncertainties and policy absence, we realized that knowledge is power, so for the moment our priorities are the creation of a public-accessible database, and fostering knowledge exchange between various grassroots networks on the local level, namely so artists can have more power when dealing with the local government’. Several examples of ‘best practices’ in the region were cited by Mr Ole Reitov, UNESCO 2005 Convention Expert Facilitator. For example, Arts Council Ireland has successfully introduced a minimum pay rate for 3,000 artists involved in projects funded by the Council (2022); additionally, more than 450 art workers have benefited from the a recent, newly-introduced health care provision (2010).

On the conclusion of the two-day intensive, UNESCO Bangkok’s Jing Feng applauded how the seminar had established a constructive platform and had ‘mobilized networks among CSO’s and creative professionals in the region’, adding,

This seminar has helped to identify priority issues that could be collectively addressed in the post-COVID-19 period by all stakeholders, including government agencies and civil society. UNESCO Bangkok has taken notes on the challenges and priorities shared by all participants, and we are committed to taking them into close consideration when we are designing our training and capacity building workshop, as well as in all the consultations in the framework of the 2005 Convention.

His concluding comments rang true for all participants: informative presentations had led to productive discussion about the social and economic rights challenges in the region, especially in regard to the societal and cultural contexts of Indonesia and Thailand. The frank airing of challenges and reflection among colleagues suggested not only an accurate assessment of the present, but potential future directions. UNESCO hopes that this and similar seminars to come can be starting points for fruitful and uncommon exchanges among government agencies, artists, leaders of regional CSOs and other cultural experts and creative stakeholders. The Artistic Freedom Seminar indeed provided an opportunity to review successful initiatives for artistic freedom to date, and their continued promotion. Participation is key: as often observed throughout the seminar’s progression, artists and civil society can effectively contribute to cultural policy development, if their voices are exercised both individually and collectively.