Artificial, but not intelligent: Gender discrimination in the tech field | UNESCO Bangkok Skip to main content

Artificial, but not intelligent: Gender discrimination in the tech field 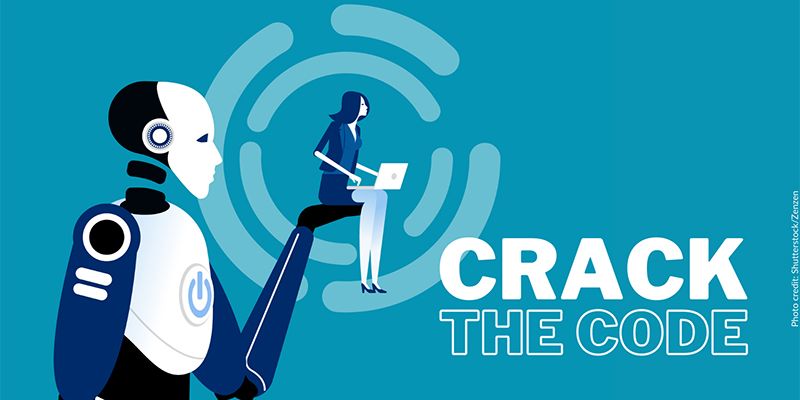 Artificial, but not intelligent: Gender discrimination in the tech field

The numbers speak for themselves. In 2019, only 6 per cent of software developers and 12 per cent of artificial intelligence (AI) researchers were women. They were also 13 times less likely to file ICT patents than men.

With the rapid development of digital technologies and fast decline in prices for digital facilities and services, women and girls have more opportunities than ever to leverage new technologies to reduce gender wage gaps, be more competitive in labour markets, and improve their lives overall. There are, however, persistent barriers posed by bias, discrimination and lack of access that negatively affect us all.

Discrimination in ICT and cutting-edge fields such as AI not only harms women’s rights to equal opportunity in STEM and adversely affects lifelong outcomes, but also holds back these fields by limiting cognitive diversity and stymying the potential for innovation. The extreme gender inequality in these fields result in tech and AI products and services being male-centric, which reinforces gender biases and inequality and results in a distorted view of the world.

For example, smart speakers and voice assistants are increasingly common in our day-to-day lives with conversational and voice-based functions. With rare exceptions, however, most popular voice assistants are female voices by default, reinforcing stereotypes of women as humble and helpful assistants. This is a feature, not a bug, in tech development today.

This creates a vicious cycle – women need equal rights to make their voices heard to improve the tech ecosystem, but being excluded from decision-making and creative roles in those fields, they are often prevented from making their real voices heard.

In countries across the world, systemic gender bias and often misogyny remain deeply embedded. On the frontiers of technology, however, those chasms of discrimination are even deeper than in society at large. As on example, in 2016, recruiters for technology companies in Silicon Valley estimated that women comprised only 0.1 per cent of applicants for technical jobs in AI and data science. Some AI recruiting software even downgrades CVs that contains the word “women’s”.

This is an everyday reality, but it is also a narrative constructed from a male point of view. Contrary to their marginalized role in tech today, women played an indispensable role in the development of computer science. Before 1980, computer programming was commonly undertaken almost exclusively by women. Ada Lovelace was the first person to publish an algorithm in 1842; Grace Hopper invented the term ‘debugging’; Karen Spärck Jones was a pioneer of information retrieval and natural language processing; Margaret Hamilton is now duly recognized for her role as director of the MIT Laboratory that developed onboard flight software for NASA’s Apollo programme. The list goes on.

Women have been pushed out of these fields as computer science courses at universities started to become more popular and the career path gaining more status and becoming more lucrative. Because of gender power dynamics, women became less likely to gain prior experience compared to male counterparts, reinforcing a cycle of exclusion that has nothing to do with talent or ability.

Education in the STEM fields is a key, a driver of innovation and economic growth. Countries and education systems need to prioritize policies that give women and girls full access to digital technologies and education related to frontier technologies. Survey results from UNESCO’s Digital Kids Asia Pacific project reported that with the same learning conditions, girls’ achievement in ICT skills was actually higher than boys on average.

While the enrollment of women in STEM education is low (36.2 per cent in 2019), the progress toward gender parity in the STEM professions, especially the senior executive level remains even slower – less than 18 per cent of people in management were women.

Another important but often neglected issue is confidence. “Girls’ self-efficacy scores – that is, their perceived as opposed to their actual abilities – for advanced ICT tasks were significantly lower than boys’ in all countries,” reported “I’d blush if I could”, a 2019 joint publication from UNESCO, Germany and the EQUALS Skills Coalition focused on closing gender divides in digital skills through education. Is not that girls and women cannot achieve what their male counterparts do, but many do not believe they can because of social programming.

To tackle the persistent digital skills gender gap, policy interventions should help girls and women to overcome social and psychological barriers regarding the STEM fields. Short-term, project-based training could be the first step. In September 2020, on a Girls in ICT Day Thailand event, UNESCO organized three interactive webinars on AI with 151 girls and young women attending. The collaborative learning model and the woman trainer as a female role model helped to improve the motivation to learn.

Digital skills not only enhance girls’ and women’s community and political engagement, but also open professional opportunities for them and society in a whole. Girls and women can make their own unique contributions to digital technologies including AI. The current barriers are artificial indeed, but certainly not intelligent.

By Yufan Hu, a consultant on AI and Misako Ito, the Advisor for Communication and Information at UNESCO Bangkok

* This article was first published in Tech Collective.